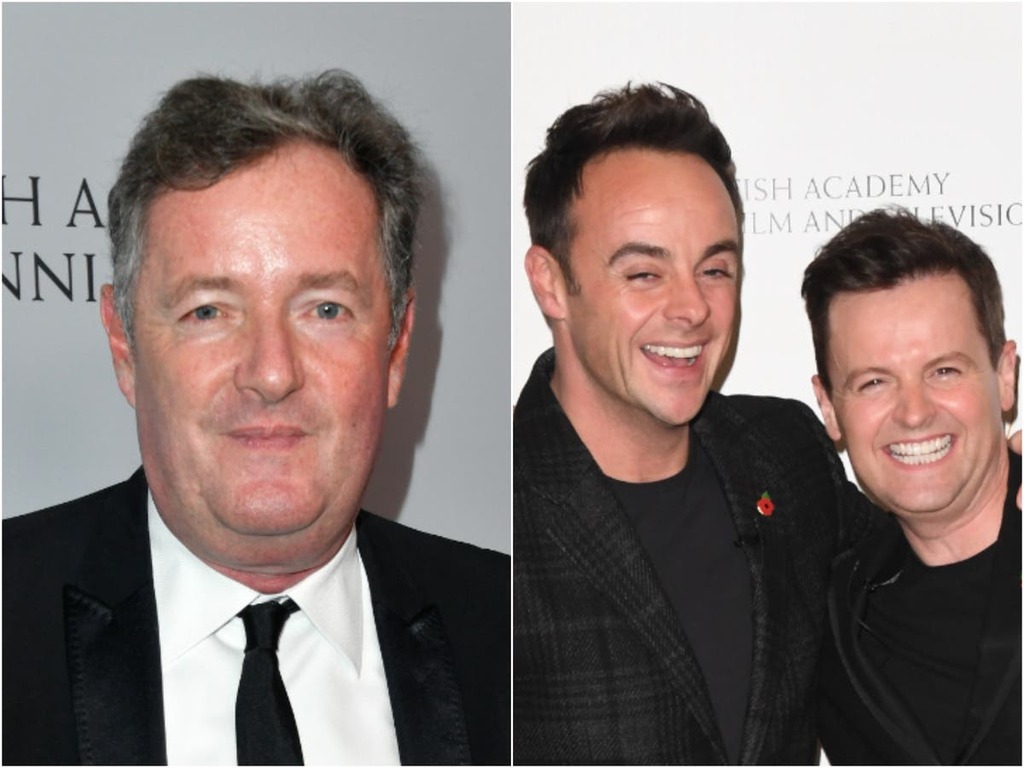 Piers Morgan has claimed that Ant and Dec will “need medical attention” if he wins a National Television Award over them.

The presenting duo – comprising Anthony “Ant” McPartlin and Declan “Dec” Donnelly – have won the Best Presenter prize at the NTAs for 19 years in a row.

Morgan is nominated alongside Ant and Dec this year, as well as This Morning’s Alison Hammond and Holly Willoughby, and The Chase’s Bradley Walsh.

The winners are selected by way of a public vote.

Speaking to The Mirror, Morgan said: “I deserve to win because everyone’s sick and tired of Ant and Dec automatically winning this award, which bears no relation to reality.

“I think it’s time the procession came to a shuddering halt and the Morgan bandwagon was rewarded with glory. We can’t have those two little vain-glorious Geordies standing there for the 20th consecutive year. Ant got one one year when he hadn’t even worked. It’s ridiculous.”

Morgan served as a presenter on the ITV morning show Good Morning Britain, but departed earlier this year after facing widespread criticism for comments made about the Duchess of Sussex, Meghan Markle.

A recent report by regulator Ofcom cleared ITV of violating the broadcasting code, noting that “potentially harmful” and “highly offensive” statements were still permissible on the grounds of free speech.

“Imagine the miserable expressions on the faces of [Ant and Dec],” Morgan continued, speaking about the forthcoming NTA ceremony.

“And if they not only don’t win... [but] have to see me trotting up and raising the award, you may have to have a medical team on standby to race in and make sure they’re OK. We might need smelling salts for that one.”

The award ceremony is shown on ITV tonight (9 September) starting at 7.30pm.