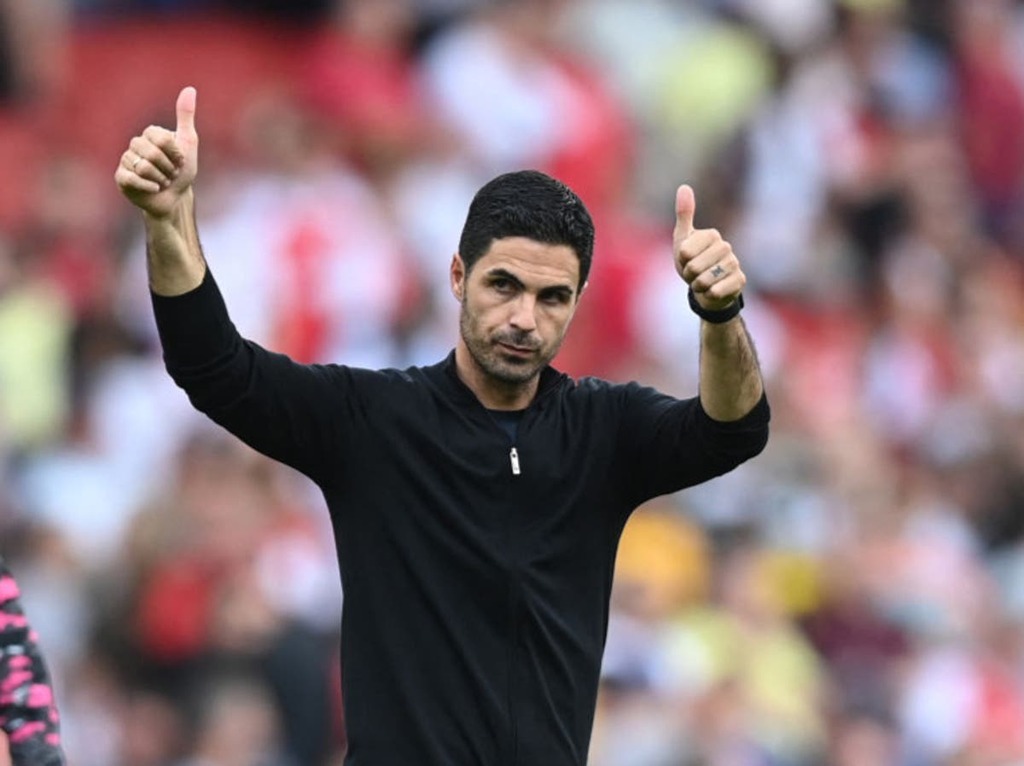 For Arsenal, a first cautious step away from apocalypse. Yes, there remain plenty of caveats, particularly when against a tough but ultimately toothless Norwich City, but there is at least something fragile to build upon, a flicker that can go a small but certain way to cutting through the gloom that suffocated the damning first weeks of this season. Mikel Arteta hailed it the product of “the best 14 days of his professional career”. A statement that, at first glance, seemed somewhat melodramatic, but perhaps revealed the true extent of soul-searching the head coach was forced to undertake during the international break.

The idea of a fresh start under Arteta has been laundered so thoroughly it could prop up a criminal network, but while Norwich represented a perfect opportunity to draw a line under the past, it was also a home fixture that left no hiding place. Anything but a victory would be like a wildfire in a barrel of Emirates petrol and, having been afforded considerable leniency, one more slip-up might have amounted to the fatal stroke of a match.

As the game wore on, that sense of yearning seeped into a state of desperation. For all the critics of Arsenal’s spirit, there was no lack of passion from the players, who matched the fury and frustration of their manager, even if that urgency only made the task at hand feel more difficult.

Pierre-Emerick Aubameyang was guilty of spurning two gilt-edged chances, but Norwich were admirably stubborn, too. No matter how comprehensive the pressure, they refused to buckle and, in the end, it was only a stroke of fortune that separated Arsenal from delight and despair after the ball pin-balled twice off the post before affording Aubameyang a fortuitous tap-in. It was merciful but deserved, with Arsenal having 30 shots in total – their record under Arteta in the Premier League – even if that may only raise further questions of their killer instinct.

But after such a hollowing period of reflection, when everything Arsenal touched shrivelled as though spiked by poison, the insistent struggle of this victory will only have made it more cathartic. This was never about jolting from catastrophe to a complete article as though the past never occurred. It was a crucial step in a slow – much slower – process that hopes to restore foundations for the long term.

After the clearout of fringe players and the return of the ill and the injured, there were, certainly, some of those improved building blocks on display. Aaron Ramsdale replaced Bernd Leno in goal and didn’t put a foot wrong. In fact, it was exactly that deftness on his toes that offered a better route out the back rather than the panicked uncertainty that so often cripples Arsenal’s defence. Gabriel Magalhaes and Ben White formed a central defensive partnership and, although rarely tested, definitely provided a more stable axis than any rickshaw Pablo Mari dangerously imbalances.

After the dust had settled on his urgent attempt to leave on deadline day, Ainsley Maitland-Niles made an unlikely and impressive resurrection at the heart of midfield, proving this can be a new beginning for all involved, even if it may be short-lived due to Thomas Partey’s long-awaited return from injury. The Ghanaian’s fitness will be pivotal to the new spine Arteta has forged in the transfer market this summer, as well as the ability to switch to a more traditional 4-3-3 system. Albert Sambi Lokonga’s adaptability, looking a considerable improvement on Mohamed Elneny, will aid that cause, too.

The most impressive player of all, though, was surely Takehiro Tomiyasu, the deadline day signing from Bologna, whose vigorous determination was in total contrast to the lingering hesitation that often afflicts Arsenal. The versatile defender flew into tackles with burning intent, burst forwards effectively and even lashed a wicked volley just barely over the crossbar. Many Premier League clubs had hesitated over signing Tomiyasu this summer, but on first viewing, he promises to be a valuable addition.

It’s a shifting landscape that sums up the maddening lunacy of Arteta’s jigsaw. From the lowest depth of his tenure, the pieces have started to take a clear shape, and although that statement may be as fragile as the progress Arsenal seized on against Norwich, it can still flourish into a seed of hope.