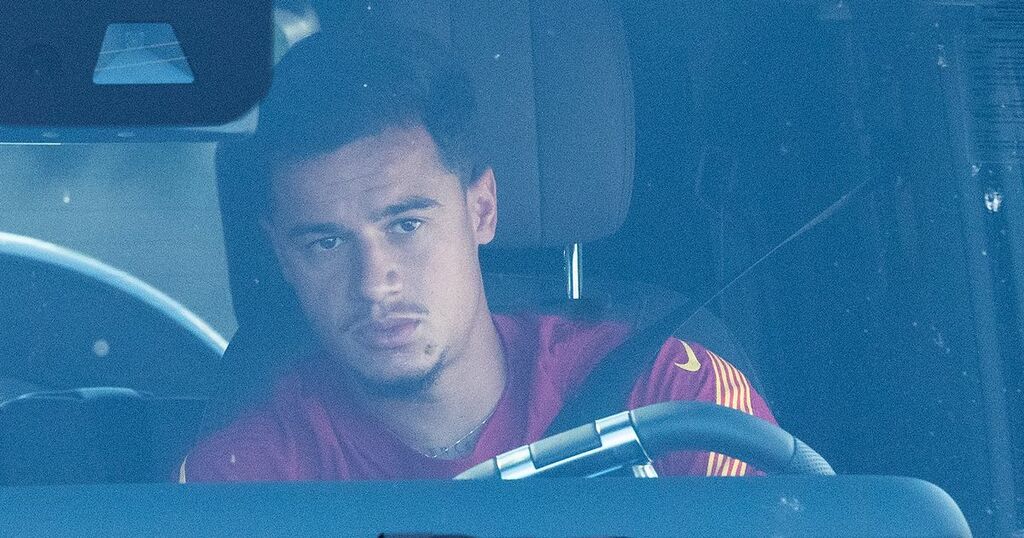 Philippe Coutinho has been told to pick Tottenham over Arsenal if the midfielder has the choice between the two north London clubs.

The former Liverpool star continues to be linked with an exit from Barcelona as they look to reduce their increasing debt.

And the Premier League seems to be his most likely destination with the Gunners and Spurs reportedly keen on signing him.

Jurgen Klopp's men have naturally been tipped to seal a sensational return for the Brazilian, but the Reds have distanced themselves from that possibility.

Arsenal were strongly rumoured to be considering a move for Coutinho in the summer as they were in the hunt for a no.10.

HAVE YOUR SAY! Spurs or Arsenal - which team would be a better fit for Coutinho? Comment below

Mikel Arteta secured a deal for Martin Odegaard from Real Madrid instead, but the Spaniard has retained an interest in the 29-year-old.

Spurs are also in the mix as they look to get back to being a top-four club and convince Harry Kane to stay put.

And former Liverpool full-back Glen Johnson reckons that Tottenham would be a better fit for Coutinho as a move to Arsenal would only dent his confidence even further since they're in a period of transition.

He told Bettingodds.com: "He's linked with the two big north London clubs, and if he was to go to one of them, then I'd say Tottenham if I'm being honest.

Philippe [Coutinho] knows that he's not in a great position at the moment, and if he was to go to an Arsenal side who are struggling, then that could affect him even more."

Coutinho was on Liverpool's 'agenda' during the previous transfer window, but were only considering a move if they lost one of their star players such as Mohamed Salah.

Mundo Deportivo explained that Coutinho's agent, Kia Joorabchian, was working behind the scenes to orchestrate a deal, but as Klopp managed to keep his attacking core together, the club opted not to make a formal bid.

Liverpool's focus is now on extending Salah's contract and unless he departs, it's unlikely that the creative midfielder makes a return to Merseyside.