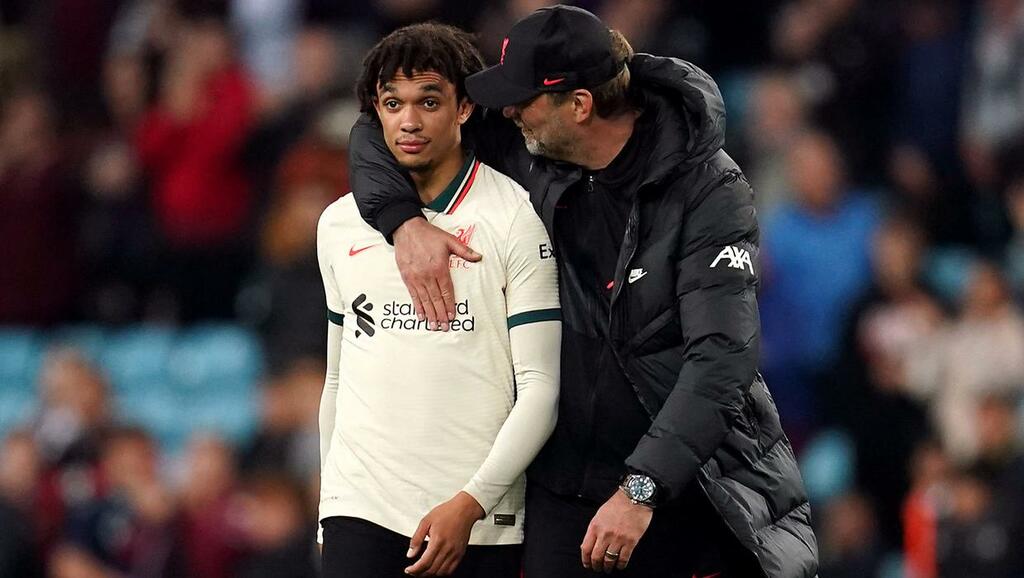 Liverpool maintained their hopes of winning the Premier League title with a hard-fought victory at Aston Villa on Tuesday.

Joel Matip and Sadio Mane both scored as the Reds came from behind to win 2-1 against the Midlands outfit. The result means Jurgen Klopp’s side still have a chance of winning an unprecedented quadruple having already lifted the League Cup and reached the finals of the FA Cup and Champions League.

But there was plenty that went unnoticed or under the radar during the 90 minutes at Villa Park.

The biggest success from soon-to-be-retiring referee Jon Moss was his ability to anger just about everyone inside Villa Park, such was has loose application of the laws of the game.

His evening was best summed up shortly before the break when Moss was facing the wrong way as Trent Alexander-Arnold bundled over Phillipe Coutinho off the ball, the agitated ex-Red then picking himself before upending Curtis Jones, much to the annoyance of his former colleagues.

The home fans were absolutely livid. Mind you, wait until they got home and watched the Villa goal back...

Before then, though, the Villa fans had further reasons to vent their fury. In the final minute, Naby Keita was caught in the pelvic area by clumsy Lucas Digne and went to ground for a good minute.

But the Guinean wasn't finished there. A couple of moments later, Keita got involved in a tussle with Tyrone Mings on the touchline as they grappled for a ball that had gone for a throw-in. And then, in the sixth minute of injury time, Keita decided it was time to again hit the deck for a few seconds to further disrupt the game.

Did somebody say dark arts? James Milner, watching on the bench, would surely have been nodding in approval at such late disruption.

It wasn't all bad news for Coutinho, though. The old Anfield favourite was given a warm round of applause from the away end when his name was read out before the game.

And, after the final whistle, the Brazilian was hugged by several Liverpool players including Joe Gomez and Roberto Firmino while given an enthusiastic embrace by Pep Lijnders.

There was also a certain sense of appreciation of the opposition when Liverpool substitute Mohamed Salah received high fives from home supporters near the dugout as he prepared to begin a warm-up on the touchline. At least nobody asked him for his shirt this time.

Not a corner for Liverpool...

Sadio Mane was among a clutch of Liverpool players to have impressed during the second half, not least when crouching to head home his winner.

But he didn't get everything right. During the closing minutes, Mane did superbly to control Alisson Becker's long clearance to the left wing before turning away from Matty Cash and closing in on Ezri Konsa.

However, his attempt to win a corner off the Villa defender ended with him missing his opponent and instead kicking the ball straight out of play, much to his frustration. Mane, though, had more than done enough to be excused.