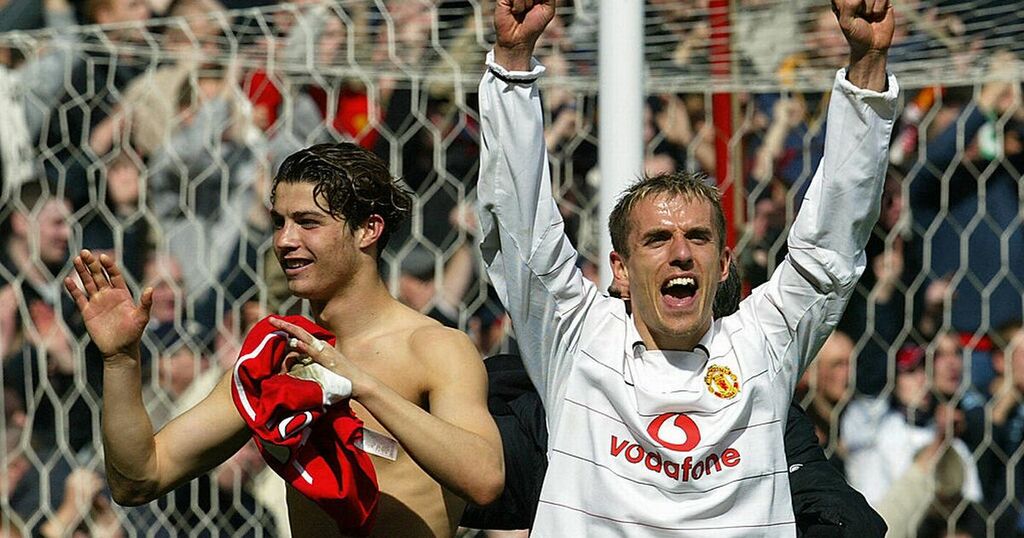 Phil Neville has quipped that Manchester United superstar Cristiano Ronaldo has a lot to thank him for after turning on the style against the former United full-back in the game that persuaded Sir Alex Ferguson to sign.

A fresh-faced Ronaldo brought the flair and charisma against United in an August 2003 friendly, as Sporting earned a now-famous win, with the teenage winger catching the eye.

Neville, who had the task of keeping him quiet that night, endured a torrid time and Ferguson decided to approach the future star in the dressing room after the shock defeat.

Ronaldo has gone on to enjoy a successful career winning a multitude of major honours at United, Real Madrid, Juventus before making the return to Old Trafford 12 years after he left for the Bernabeu for £80m.

His return to the Theatre of Dreams sparked Ronaldo-mania but despite his match-winning performances, overall showings from Ole Gunnar Solskjaer's side this season have been wildly inconsistent.

Looking back on the discovery of Ronaldo 18 years ago, Neville joked: "Think Cristiano [Ronaldo] has to thank me a lot, you know, because I played in that game in Sporting Lisbon when he kept dancing down the wing past me.

"The game where they signed him, Sir Alex [Ferguson] signed him in the dressing room, I played in that game.

"You witnessed in 90 minutes someone that's going to very special, no doubt about it and it's not often you say that.

"So I hope he just comes up to me after the game and thanks for your efforts for getting me to where I am today."

Neville managed to enjoy time on the same team as Ronaldo, to avoid his trickery, winning the FA Cup together in 2004 before he moved on to Everton.