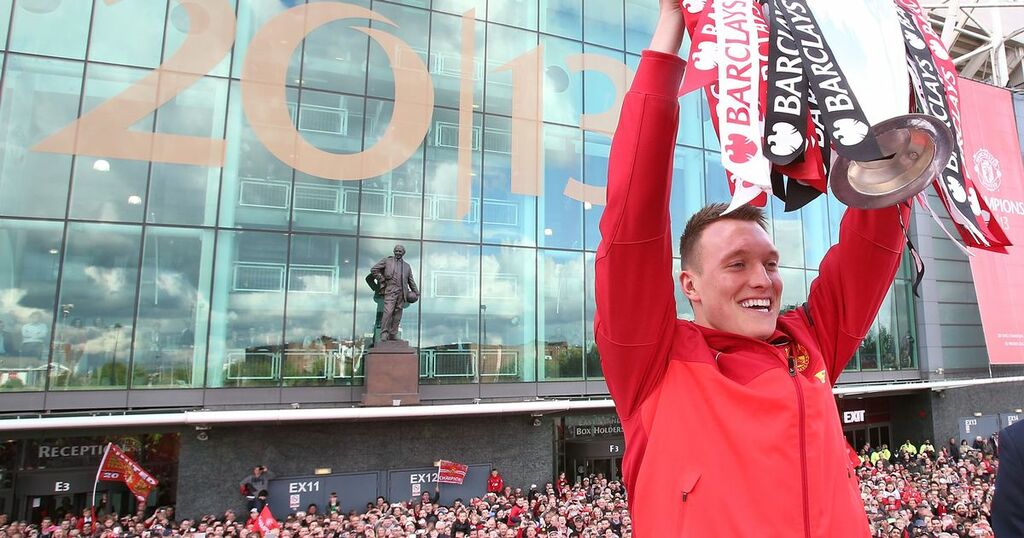 United have not won the league since then, when Sir Alex Ferguson led the club to their 20 th league title and retired at the end of that season.

Two second-place finishes is the closest United have been to lifting the trophy but manager Ole Gunnar Solskjaer has built a side capable of going all the way in 2021/2022.

Jones was an integral part of the 2013 side and said that while the moment was “special”, and it’s something not many players can say they have achieved, he didn’t make the most of it at the time.

“I was a bit naïve, a bit young, you go and do something else and forget about it. Maybe that comes with experience.”

Asked what it was like winning the Premier League, he said it was “special, very special.”

United clinched the league in memorable fashion, Robin van Persie netting a hat-trick and scoring an exquisite volley from a Wayne Rooney inch-perfect lofted through ball.

“I remember the game,” Jone said. “I remember being in the hotel the night before we played Villa on a night game and it didn’t matter who we were going to play, we’d win.

“We were just itching to play the game. It gives you goosebumps just now thinking about the fans when Wazza [Wayne Rooney] plays the ball over to Robin [van Persie] and he volleyed it into the net, and Old Trafford just erupted, and it was a crazy feeling at such a young age to win the Premier League.

“Being able to say that we won the Premier League, got the medal...

“I even got the replica Premier League trophy at my house to remind me and make the most of it. I want my kids to know that I’ve won the Premier League.”

Jones has suffered from a number of long-term injuries which ruled him out of the 2020/2021 season.

Having last played a competitive game for United in January 2020, scoring against Tranmere in the FA Cup, Jones is slowly working his way back to full fitness and has been involved in a number of behind closed doors friendlies this season.