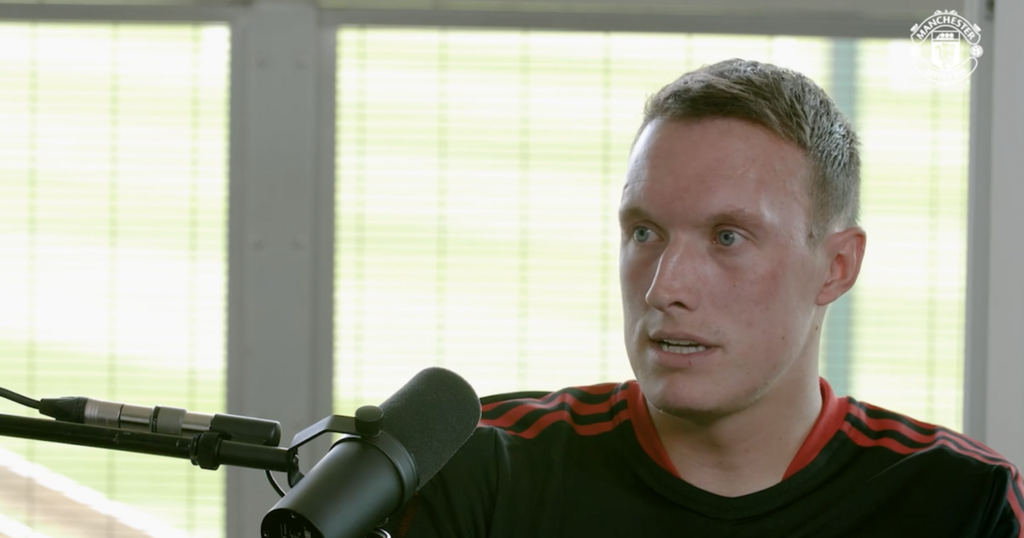 The Manchester United defender came off the likes of Twitter and Instagram four years ago because of the abuse he was suffering.

Jones has learnt to switch off from social media, but admits it is harder for younger players who have grown up constantly looking at their phones.

He says they have to ignore online criticism and abuse because it is irrelevant.

“I stepped away from social media a long time ago, but it’s difficult because all your friends read it, your family read it and they support you, they want the best for you,” the former England defender told the UTD podcast.

“They don’t want to see their mate, their husband, their dad getting slaughtered all over the papers or all over the media, so it’s tough because mentally I was going through a tough time and to read stuff as well.

“It’s difficult, but it’s something I’ve learned to deal with, especially over the time I’ve been at United and the more experience you get, the older you get, the better you learn to deal with those things.

“I suppose for young players coming into the game now, not just at Man United, but all over the world, it’s a very hostile, toxic place to come into and they’ve got to be able to deal with that mentally as well as physically.

“I look how the game’s developed over the last 10 years, and the way social media has developed and it’s difficult to stay away from it.

“It’s difficult not to get distracted by it and young players coming into the game, I think it’s difficult for them not to read it.

“I know as a young player, that’s the first thing you do: you come off the game and you want to see what people are saying about you. But when you strip it all back it doesn’t really matter what they say because they’re not picking the team.”

Jones, 29, could make his first United appearance since an FA Cup tie against Tranmere in January 2020 against Leicester on Saturday because Harry Maguire and Raphael Varane are injured.

He has been out with a knee problem, but featured in a couple of behind-closed-doors friendlies and was in the matchday squad for last month’s Carabao Cup defeat to West Ham.

The Blackburn Rovers academy graduate lifted the Premier League title in 2013 under Sir Alex Ferguson and following the triumph, the legendary manager claimed Jones could then go on to be United's "best ever player."