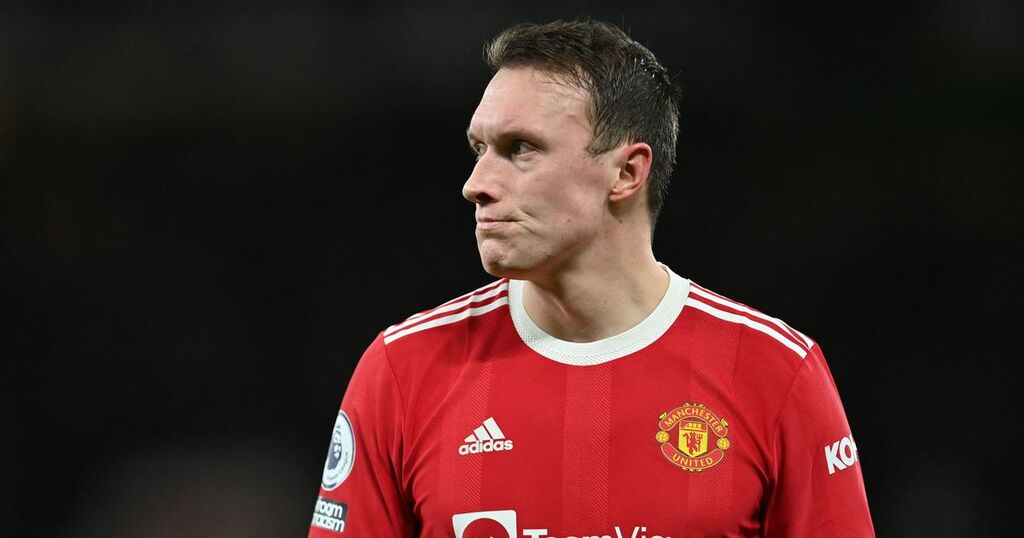 Phil Jones has opened up on his emotional Manchester United return claiming he "felt like a footballer again".

The centre-half has been hampered by injuries throughout his time at Old Trafford.

Jones was signed by Sir Alex Ferguson over a decade ago but had faced nearly two years without a first team start.

Ralf Rangnick named him in the starting XI for the defeat against Wolves recently, with Jones leaving the pitch in tears.

The 29-year-old has faced criticism throughout his career and his decision to remain on the books at Old Trafford was slammed by Rio Ferdinand, who later apologised.

Jones was able to complete his return earlier this week though in front of a packed stadium - a feeling which he had missed.

"You know, I spent so long out, off the pitch and out of the squad – it's been horrible at times, but it's nice to be back out with the lads. I feel like a footballer again," he told Team Viewer.

Have Your Say! Does Phil Jones have a future at Man Utd? Tell us your prediction here.

"It's just a great feeling. As soon as you step out, I think I was on the bench for West Ham in the (Carabao) Cup.

"Even for a cup game at Old Trafford it was absolutely packed and it was just - was sat on the bench and I was thinking 'God I've missed this.'

"I've missed this feeling of being involved with the stadium and the fans there, the excitement, the buzz. It all came flooding back straight away. "

Jones was unable to keep a clean sheet on his return as Wolves claimed a 1-0 victory which heaped further pressure on the underperforming squad.

After the clash Luke Shaw praised his teammate.

The left-back claimed his teammate should be proud of himself, describing his efforts as "phenomenal".

Jones' last start came back in January 2020 during an FA Cup win over Tranmere and he remains one of several centre-halves available to Rangnick.

Competition for places is fierce but the Englishman hailed the impact and support of his teammates during his time out.

He added: "You know the lads, they were great, they were considerate at times and understood the situation I was going through.

"They know it's tough, what it's like to be out for a while, let alone a year or whatever it was.

"I'm more than open to helping players when they're struggling with different parts of the game. Different things they encounter outside of football. It doesn't always have to be on the pitch.