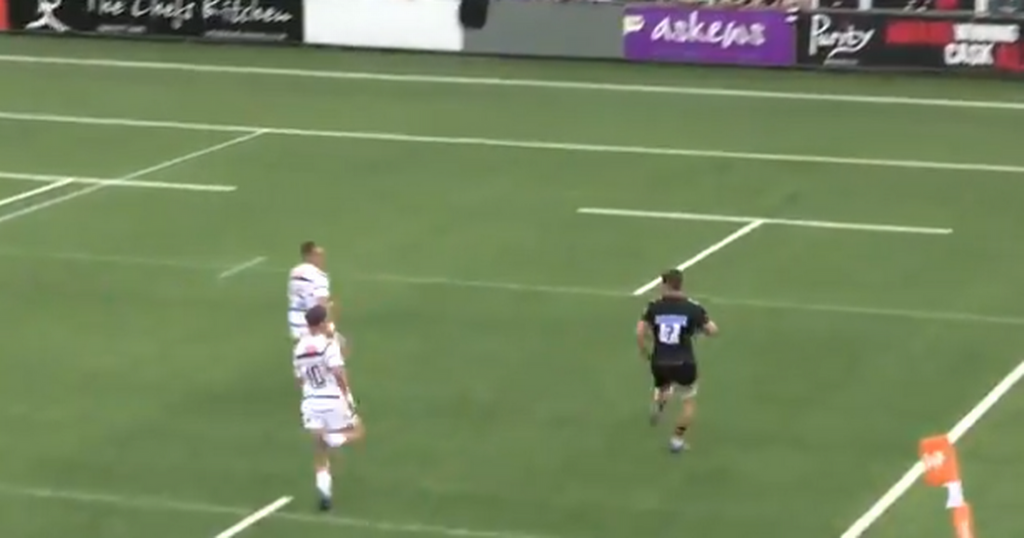 He’s a Welsh player Lawrence Dallaglio once described as phenomenal.

But at the age of 29 Thomas Young has just three Wales caps to his credit.

These days, he’s off limits to Wayne Pivac under the 60-cap for exiled players, even though there was apparently no offer from a region on the table for the Merthyr-born player before he committed to a fresh deal with Wasps last year.

However, he is still delivering for his club team. Indeed, some might say he's delivering with bells on.

Last weekend, he scored a stunning try in the pre-season friendly with Coventry.

His second score of the afternoon saw him collect the ball at the back of a lineout some 85 metres out, skip off his left foot to beat one would-be tackler and then evade another as he picked up speed.

Young still had much to do, with the No. 7 doubtless feeling he had close on an entire motorway to run as he surged clear, all the time carrying the ball under one arm.

Two Coventry backs pursued him with serious intent and fleetingly it looked as if Young might be denied, with the Welsh player slowing a touch as he braced himself for contact.

But when the tackle did come in, Young was able to ride it out to roll over the line at speed.

He had covered 85 metres in barely 11 seconds.

His brother Lewis quipped on Twitter that he hadn’t see Thomas run that fast since he answered their mother back when they were kids.

Someone else replied, simply: “Such a loss for Wales.”

At a time when Wales have injuries at openside, missing Justin Tipuric, James Botham and Josh Macleod, the assumption is the scorer of Saturday’s superlative try would have been under consideration had he been available this autumn.

He is lethal over the ball, athletic, mobile and dynamic around the field, with his carrying and tackling rarely dipping below first rate.

The 60-cap rule has been good for Welsh rugby in many ways, encouraging players to either return to Wales or stay this side of The Bridge to bolster the four professional sides.

But there are grounds for feeling that a player who seemingly doesn’t receive an offer from a regional team should be considered a special case.

Whatever, Thomas Young will just have to be content with being a special player.