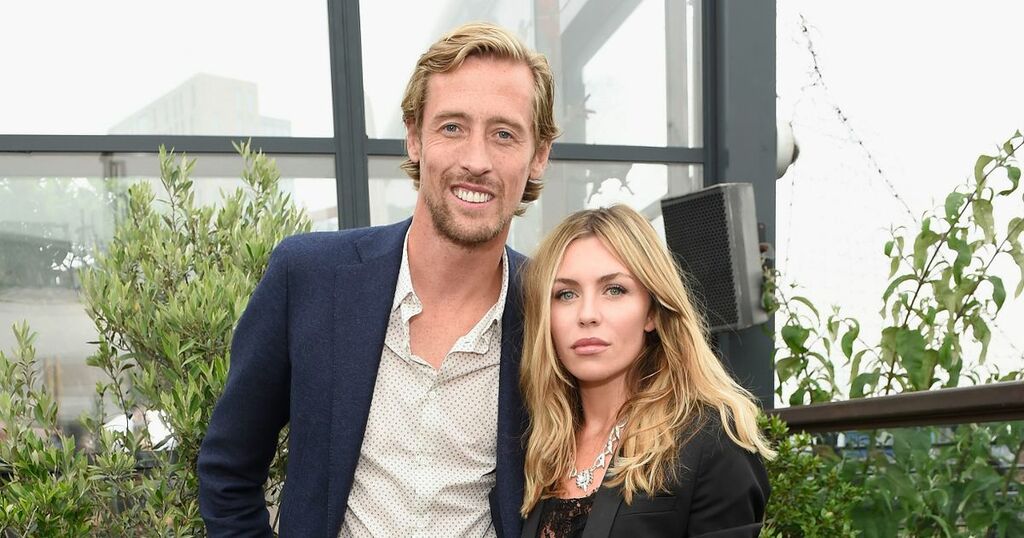 The former footballer, 40, discussed how he winds down with the 36-year-old model after a busy day running around after their four kids - Sophia, ten, Liberty, six, Johnny, three, and Jack, two.

Peter, who previously played for Premier League clubs Liverpool FC, Tottenham Hotspur and scored 22 times for England, said that if he’s not commentating on matches on the TV, he’s relaxing with with Abbey, 36, at their home in Surrey.

“If I’m not punditing in the evening, me and Abs will eat early with the kids and try to get them in bed by eight,” he told The Times in a new interview.

He said he and Abbey are ‘both partial to a glass of wine’, and they crack open the first bottle once the children are asleep.

“The second bottle we’ll usually crack open about nineish. The third bottle at tenish. Not really,” Peter joked, confessing that most nights, he and Abbey will ‘go to bed ourselves and watch TV’.

The couple are currently enjoying the HBO drama Succession, starring Brian Cox and Jeremy Strong, but Peter revealed Abbey ‘falls asleep with the TV on’, so it’s an early night for them both.

Peter also said he hasn’t put on any weight since retiring in 2019, despite indulging in ‘full English breakfasts’ regularly, but has been trying to get the right balance.

“I’ve been trying to eat more healthily recently, though, so I might have some granola with yoghurt,” he shared.

He’s also turned his attention to boxing in an effort to ‘replace the competitiveness my life has lost’ since he stopped playing football.

“Believe it or not I’m now doing boxing, even though I’m the wrong shape and I’ve never been a fighter, I’m probably the tallest featherweight in history,” Peter laughed.

The sportsman gave an insight into his daily routine with Abbey and the kids, and while he said the ‘mornings can be carnage’, he leaves his wife in bed while he rallies the troops, and entertains their four kids as she ‘cracks the whip’.

Peter said he’s ‘in charge of the music’ and has been educating his four children about Oasis as he drives them to school and nursery.

He told the outlet he ‘turns it up loud’ and ramps up his embarrassing dad status by ‘doing air guitar’ to the band’s 1997 track D’You Know What I Mean?