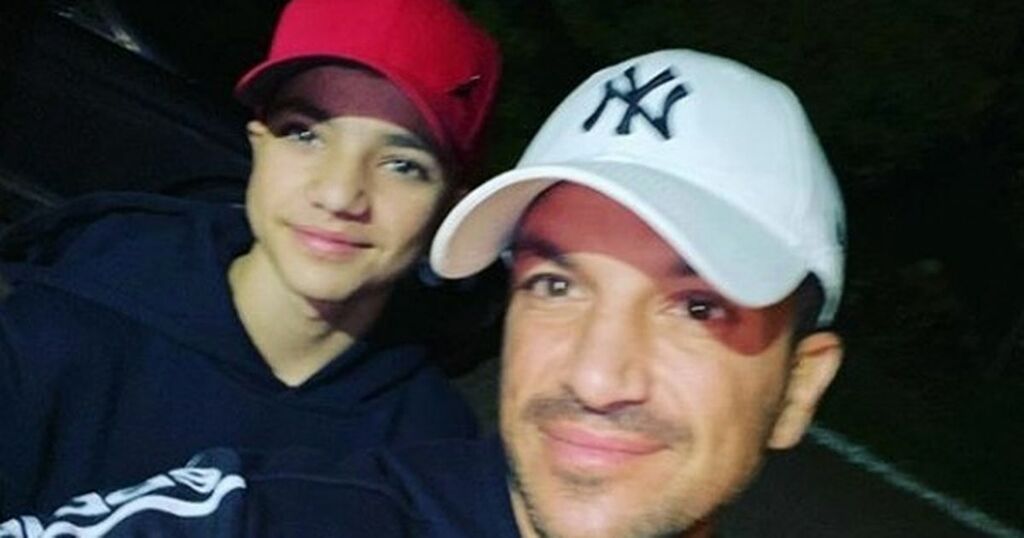 Peter Andre loves to share his proud parenting moments with his fans.

And the former pop sensation - who is father to son Junior and daughter Princess with ex Katie Price and doting dad to Theo and Amelia with wife Emily MacDonagh - boasted about his eldest child moving into the next chapter of his education by enrolling into drama college this week.

Junior - who recently bagged his first acting role in the upcoming movie On The Other Foot - had his first day at college this week and Peter shared how his son is "loving it" in his latest column for new! magazine.

Peter also added that he was chuffed when Junior, 16, made a sweet confession about continuing into higher education.

The Insania hitmaker penned: "Junior has started drama college and he’s absolutely loving it. It is the first time he’s come home and said, 'I can’t wait to go back tomorrow.'"

Reflecting on how the drama college route seems to suit Junior, he added: "With school, he’d be like, 'it’s so long,' whereas now he gets up early and is excited to go, it is nice to see him doing something he’s passionate about."

On Monday, Pete also marked the day Junior was off to college by taking to Instagram to share a video of the teenager driving off on his moped.

Emotional dad Pete wrote: "And just like that my boy is at college. Days like this scare me but also make me proud. He’s becoming a man. @officialjunior_andre."

Junior replied in the comments: "Love you dad."

Pete then dedicated a post to Princess, 14, as she returns to school and enters year 10.

Alongside a short clip of Princess in her school uniform, he wrote: "And another one back to school. @officialprincess_andre god help me with this one.

"To be fair, you are making me so proud sweetie. You have a lovely heart and a lovely sense of humour."

He then joked: "Now, about becoming a nun……….. #backtoschool #family."

It comes after Junior signed a record contract.

In August, Junior explained he'd been spent weeks on the hush-hush sessions, recording new tracks with two other up and coming artists, at an independent studio called Rebel Records in London.

He posted a picture of himself with his proud dad Pete standing alongside several members of the Rebel team and shared the big news with his 485,000 followers.

The teenager wrote: "Wow. Where do I start? These past six months have been hectic. But I’ve loved every single second of it. My dad took me to the studio six months ago and got me in the booth at @rebelrecs.

Do you enjoy reading about celebrities? Sign up for all the best celeb news from the Mirror here

"Since then I have secretly been working on a MASSIVE project, and not long ago got a call saying @columbiauk want to sign me!

"I would just like to say thank you to the team @rebelrecs alongside my dad who have helped develop me into an artist.

"Of course a big shoutout to @sktartist and @marcellonoego who are very talented and have been working with me on this project since the start."

Junior continued: "Not forgetting my mum who is always supportive of me.

"And of course my family and friends. I love everyone who supports me and I am very excited to go on this journey with you all." He concluded his statement with the teasing comment, "NEW MUSIC COMING SOON!!"