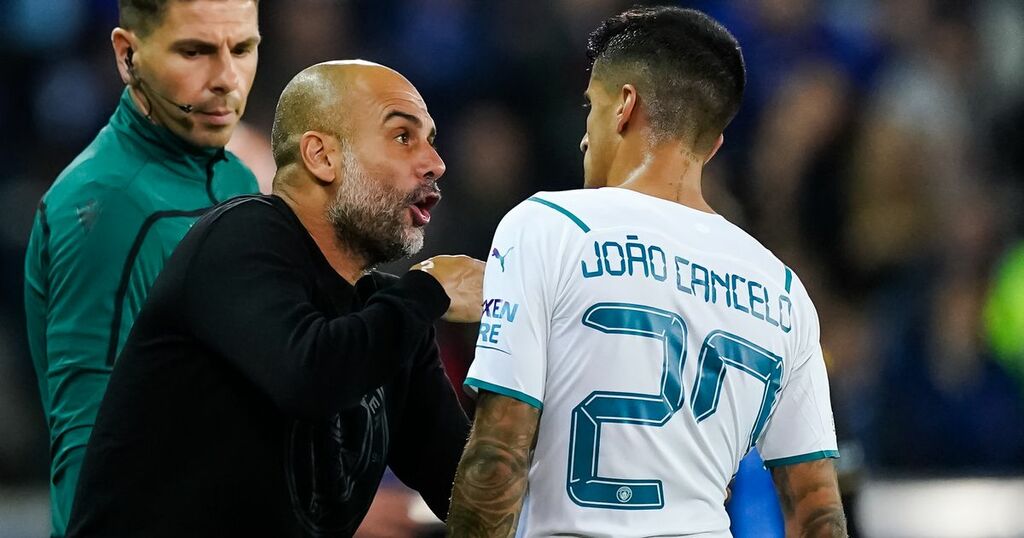 Pep Guardiola has sent Joao Cancelo a stark reminder of the standards he expects at Manchester City by telling the in-form Portugal ace he “can do better”.

The former Juventus full-back has been in supreme form for the Blues this season, his raids into midfield from the left-back position being a key source of danger for them in the current campaign.

He has made that position his own, with Aleks Zinchenko out injured for half of the opening three months, and is currently one of the first names on the teamsheet.

But Guardiola, while accepting that the 27-year-old is in good form, also said, without specifying, that there are parts of his game that still need plenty of work.

Asked to comment on Cancelo ’s level, Guardiola said: “Of course he’s playing really well, consistent - his physicality, he can recover well and quickly, can play every three days but I have the feeling he can do better. Hopefully, he can accept that and move forward.”

That seems to be a reference mainly to the defensive side of his game, which has occasionally been exposed this season, not least by Liverpool, whose two goals in the 2-2 draw at Anfield last month both originated down his flank.

The first saw him put in a poor challenge which allowed Mo Salah to run at the heart of the Blues defence and then release Sadio Mane to score, and the second saw him again show defensive naivety to allow Salah the room to begin a wriggling run for his wonderful goal.

That has been a troubling feature of Cancelo’s game ever since he went to City - he joined with a reputation as an attacking right-back or right wing-back.

His switch to the left has been a huge success, but his defensive frailties have never gone away, even if they tend to only show against the best opposition, when City find themselves on the back foot for longer in the game.

Guardiola also feels he can become an even more accomplished attacking player, despite blossoming in the run-in to the end of last season.