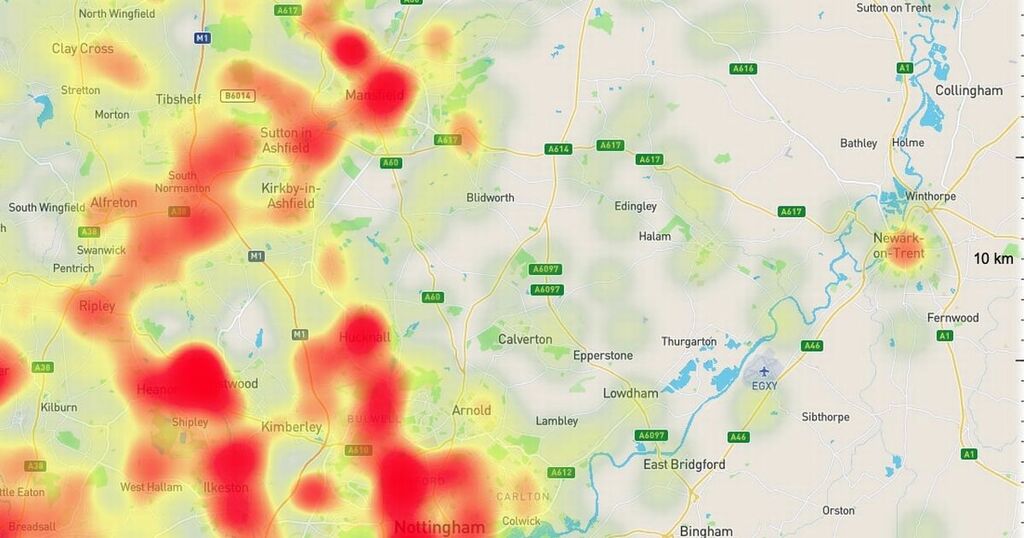 It is one of the most troublesome weeds

Manchester Evening News
Japanese knotweed worst hotspots in the UK revealed - is your area one of them?

The UK is being invaded by the Japanese knotweed, a damaging weed that is spreading though the country. Some areas…

Homeowners in Bulwell will be looking out for Japanese knotweed, an invasive weed, as it becomes one of the worst affected areas in Nottinghamshire. After Nottingham with 225 infestations of the weed, Bulwell is a hotspot with 166 infestations.

The weed can cause many problems for homeowners, some have even had mortgages denied because of its presence. Beryl Pearson, who is retired and has lived in Bulwell for 11 years, told Nottinghamshire Live she has thankfully never had it in her garden.

The 69 year old said: “We haven’t got any in our garden - we’ve only got a small garden. I would (worry) if it did (grow in our garden). I am surprised - I thought it was a place where there's small gardens, terraced houses.”

Other areas in Nottinghamshire that are Japanese knotweed hotspots include Ilkeston, Mansfield and Long Eaton. The roots can grow as deep as 3 metres and spread up to 7 metres horizontally.

Another homeowner in Bulwell, Richard Morris, 67, said that he will start to look out for the knotweed. Mr Morris said: “It’s not something that has grown in my garden - well not that I know of.

“I haven’t even thought about it, I didn’t know it was a hotspot but it will be something I look out for now.”

The warning signs of the weed are its shovel-shaped leaves and its distinct red or purple shoots breaking through. Japanese knotweed grows rapidly and can be expensive to treat.

Jackie Miller, 58, resident in Bulwell, told Nottinghamshire Live that she hopes it doesn’t grow at her home. She said: “It’s strange that this area is worse than others, I don’t really know why that would be. I do try to keep up with my garden when I can. Hopefully it’s not something that shows up.”

It is one of the most troublesome weeds

Manchester Evening News
Japanese knotweed worst hotspots in the UK revealed - is your area one of them?

The UK is being invaded by the Japanese knotweed, a damaging weed that is spreading though the country. Some areas…