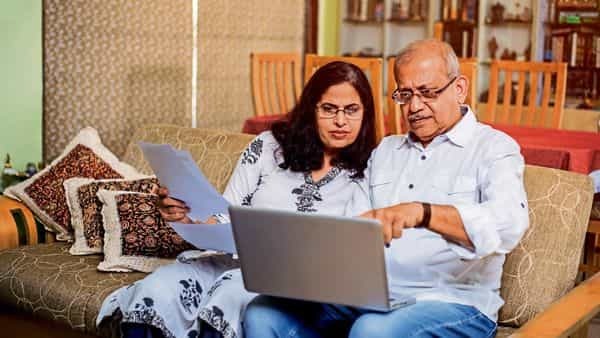 The new rule that exempts senior citizens aged 75 and above with income only from pension and interest from fixed deposits (FDs) from filing income tax returns will save eligible seniors from the hassle of claiming refunds on tax deducted at source (TDS) on FDs.

According to the current rules, a bank deducts 10% TDS on FD interest above ₹50,000 earned in a year for a senior citizen aged 60 years and above.

Those senior citizen taxpayers whose total taxable income is below the ₹5 lakh exemption threshold can submit Form 15H with their banks to prevent this deduction on their FD interest.

However, taxpayers with taxable income above ₹5 lakh have to bear a higher tax outgo. This is because the flat 10% TDS deduction rule on interest on FDs causes an outgo that is more than the tax they would pay otherwise in accordance with their tax slab.

Of course, taxpayers can later claim a refund on the excess tax paid.

But, by filing Form 12BBA, a senior taxpayer will not have to go through the hassle of claiming tax refunds. This is because according to the Central Board of Direct Taxes (CBDT) notification, the bank will deduct income tax of the senior citizen as per the ‘rates in force’, which essentially means in accordance with the applicable tax slab, and separate TDS on FD interest won’t be deducted.

Form 12BBA is the income declaration form, notified by CBDT on 2 September, that a senior citizen has to submit to his/her respective bank to avail of the exemption from filing tax returns.

This is a major relief for senior citizens who typically park bulk of their retirement corpus in bank deposits.

“According to the current norm, even a taxpayer falling in 5% tax slab has to pay a flat 10% tax on his or her interest income from FDs. Those filling Form 12BBA will not have to get into the refund hassle," said Karan Batra, founder, Charteredclub.com.

Let’s understand it with an example. For a senior citizen with the total taxable interest income of ₹7 lakh, the bank will deduct TDS of ₹70,000 (at 10%), whereas, according to the slab rate applicable on his or her income, he or she only has to pay ₹52,500 in tax.

Apart from reducing the compliance burden, excess tax saved on FD interest will also protect senior citizens’ incomes from compounding loss. A majority of senior citizens primarily depend on income from FDs to manage their finances in retirement.

If TDS is deducted from the interest earned on a cumulative FD, the FD not only loses the TDS amount but also the compound interest it would have earned throughout the remaining tenure of the deposit.