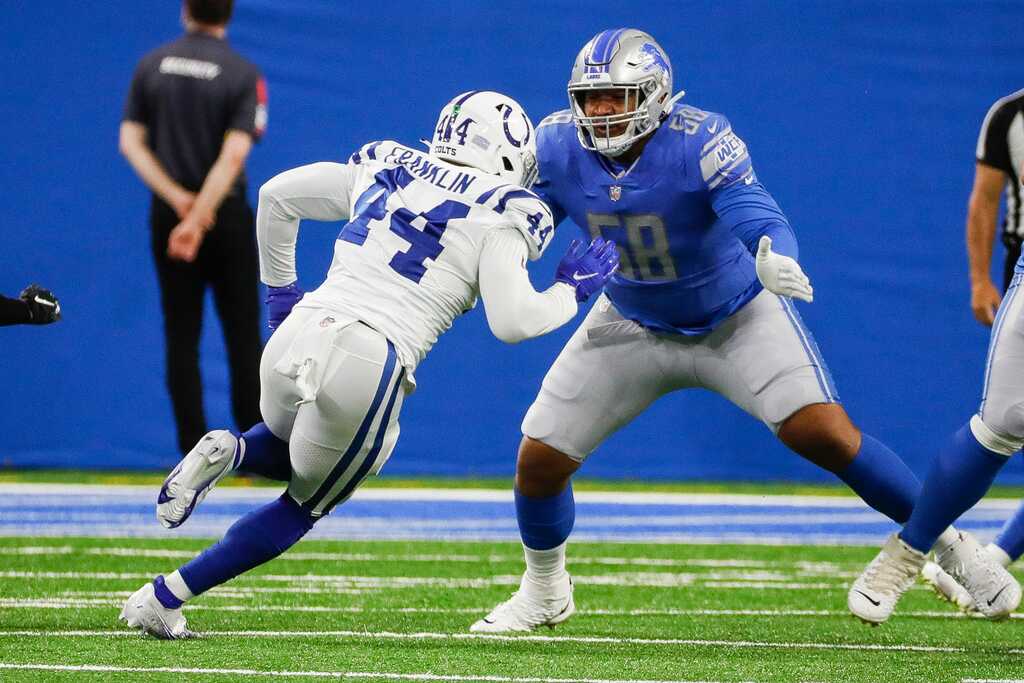 The speculation about how the Detroit Lions will compensate for the injury to left tackle Taylor Decker appears to have some resolution. Rookie right tackle Penei Sewell acknowledged after Friday’s practice that he has been taking much of the first-team reps at left tackle while Decker is sidelined with a finger injury.

Sewell played left tackle at Oregon but has exclusively played on the right side since joining the Lions as the No. 7 overall pick in the 2021 NFL draft. His transition to the right side has been slowed by nearly two years of inactivity from football as well as learning how to play on the opposite side.

With Sewell kicking to the left side while Decker is out, Matt Nelson figures to step in at right tackle. He got the reps at RT during the portion of practice open to the media. Nelson is a converted defensive end now in his third season on offense.

Sewell made sure to let reporters know that any move to left tackle is only temporary until Decker returns.