India's central government says it has ‘nothing to hide’, but refuses to file affidavit in Pegasus hearing 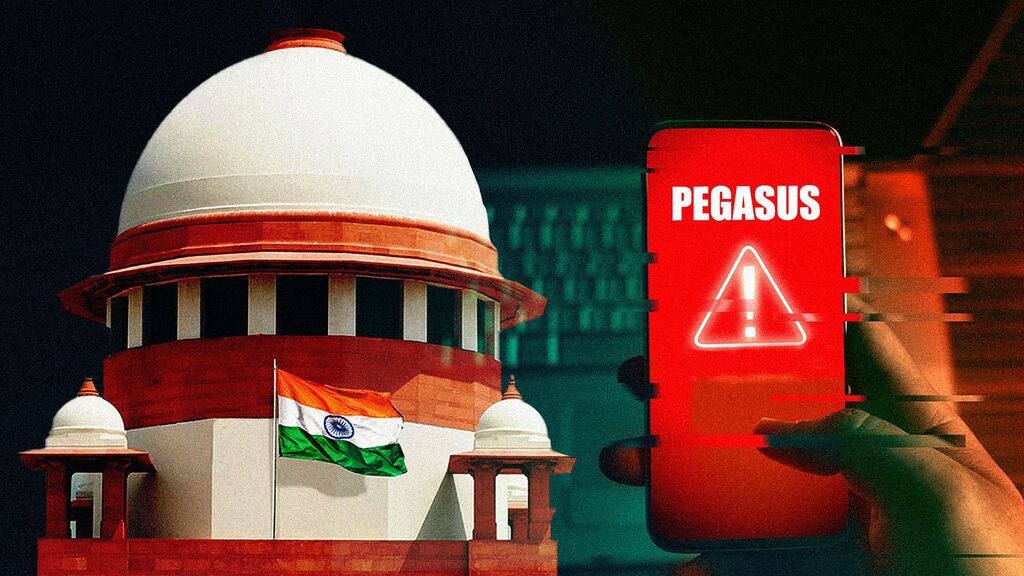 Even after the central government was given more time by the Supreme Court to file a detailed response on petitions pertaining to the Pegasus scandal, the centre today outright refused to do so, citing “national security”.

During today’s hearing, solicitor general Tushar Mehta told the apex court that such issues “cannot be debated” in an affidavit or be a subject of debate in court or public discourse due to “its own pitfalls”.

The court was hearing a batch of petitions filed in the context of reports on snooping using the Pegasus spyware. The petitions seek a judicial or SIT probe into the snooping issue.

Earlier, Mehta had filed a limited affidavit seeking an “independent probe” into the snooping. Later, when he was asked to file a second affidavit, he stated that due to some difficulties, he could not meet the officials concerned to make a decision on the filing. Hence, the apex court had granted him five more days.

“I want to put things in the correct perspective,” he said today. “The government can't afford to sensationalise the issue. There is a marginal difference between protecting the rights of citizens and entering the zone where we will compromise national security.”

“Last time, we clarified very clearly that no one is interested in matters related to national security,” said Kant. “We are going back again and again on this point as if we want to know everything the government is doing...We were expecting you to file just one affidavit. There are citizens before us alleging infringement of rights...If you could clarify whether their rights have been violated or not.”

Based on the centre’s refusal to file an affidavit, the court then reserved its interim order on the matter, stating that it might take two or three days to pass the orders. The court also noted if there is any “rethinking” on the centre’s part, it could mention the matter before the court.

Appearing for N Ram and Sashi Kumar at today’s virtual hearing, senior advocate Kapil Sibal described the government’s refusal to be “detrimental to justice”. “It is unbelievable that the government of India says that it won't tell the court,” he said.

Sibal referred to the judgement in advocate Ram Jethmalani’s black money case, wherein the court had noted that the state may not act in a matter which prevents the court from rendering complete justice by withholding information.

“The state has a duty to reveal all information to the court and the petitioners,” he argued. “In a matter relating to violation of fundamental rights, the state cannot act like an adversary...Withholding of information by the state is a violation of the freedom of speech and expression of citizens.”

Sibal pointed out that international agencies, who have “no bias against India” have accepted the fact that Indians were targeted, but the government of India does not want to do so.

“The fact that they have not denied it means that they have used it,” he said. “The government doesn't want to let the information out. Why does it want its own committee? It should be completely away from government control.”

Adding to Sibal’s argument, Jagdeep Chokkar’s counsel Shyam Divan submitted before the court that Pegasus is “not like wire-tapping and just a surveillance mechanism”.

Senior advocate Dinesh Dwivedi, who appeared for journalist Thakurta, stated that a denial by a defendant must be “specific” and should not be “general” or “evasive”. He noted that the facts which are not denied specifically must be construed to have been admitted.

‘Formation of a committee will be a secretive exercise’

Reiterating its insistence on the formation of a “committee”, Mehta was of the view that the government’s “commitment becomes apparent” from the fact that it allows all these issues to go before domain experts and that there is no reason to doubt the credibility of the committee.

Brittas’s counsel Meenakshi Arora said that a special investigation team should be formed headed by a retired judge to give “credibility” to the matter.

However, senior advocate Rakesh Dwivedi pointed out that allowing the government to constitute a committee and asking their phones to be surrendered to the centre will be “a secretive exercise”.

“This will be a biased exercise,” he said. “It will not be a credible exercise in which people of the country will have faith.”

He also added that if the government at least said that it hadn’t used the spyware or spied on its citizens, that would have been the end of the matter. “Even one paragraph of giving the clarity, that they haven't spied, would have been enough,” he said.