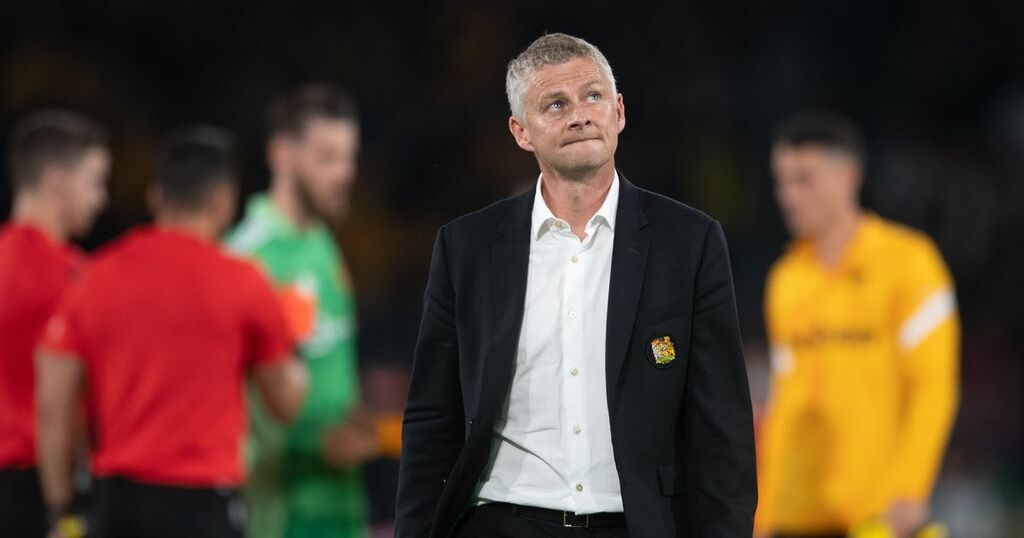 There were a lot of negatives to Manchester United's 2-1 defeat to Young Boys in Switzerland.

Ole Gunnar Solskjaer's team were fully expecting to come away with the three points, but a late goal in injury-time from Jordan Siebatcheu ensured there is still work to be done for United in their group.

Overall, it was disappointing for United, but there were a lot of factors that contributed to the loss.

The first, and perhaps the most obvious, was Aaron Wan-Bissaka's red card for a challenge on Cristopher Martins. United were comfortable in the game before being brought down to 10 men. This swung the momentum in favour of the home side, who put in a good performance.

Then there was the error by Jesse Lingard that led to the third and final goal of the game. A back pass that was weighted perfectly for Siebatcheu who didn't waste the opportunity.

Lingard came on in the 72nd minute, replacing Cristiano Ronaldo, despite United needing a goal.

This was where the third error was made in relation to the mistakes tonight; Ole Gunnar Solskjaer's substitutions. The Norwegian brought on Diogo Dalot for Jadon Sancho, which made sense, but United still needed some width to break on the counterattack. It was just the start of a confusing night overall.

After the half-time interval, Solskjaer took off Donny van de Beek, who actually had a good 45 minutes up until the sending off and replaced him with Raphael Varane, a more experienced defender. This led to a formation switch from United, adopting a three at the back system and played for the point.

When Young Boys equalised, Solskjaer then took off Cristiano Ronaldo, Bruno Fernandes, and Fred for Jesse Lingard, Nemanja Matic and Anthony Martial, as United had to score to come away with the win.

Perhaps the weirdest of those was the Martial one, who came on in the 88th minute, giving him no time to make an impact on the game.

It even drew the eyes of some of United's former player's, notably Paul Scholes, who pointed out that Solskjaer should've brought on someone attacking earlier on.

Speaking after the game on BT Sport , he said: "I do think Ole missed a bit of a trick and United couldn't get out of their own half. They were so deep.

"I thought he needed to bring on a bit of pace earlier, like Martial or Greenwood. He didn't do that and ultimately, they've (United) paid the ultimate price."

Indeed, Scholes is probably right in that the game needed some pace off the bench. United were chasing the match after conceding the first goal and arguably, that was the perfect opportunity to bring on both Martial and Greenwood.

There is no doubt that the Norwegian has built the best Manchester United side since Sir Alex Ferguson and he is the man to lead them forward for the foreseeable future.

However, it must be said that he got it wrong last night and even though Wan-Bissaka's sending off did change the game, United could've set up in a better shape to try and defend the lead but counter on the break.

Before the Wan-Bissaka incident, United actually looked comfortable in the match and on paper, Solskjaer wasn't at fault for anything. In fact, he probably got it spot-on in terms of the team he fielded.

To define performances, though, your opinions will be based on the final result and United lost. When they went down to 10 men, Solskjaer didn't react in the right way and he probably knows he can do better.

There's also not too much time to learn from their errors, because United have a tough away trip to West Ham United on Sunday.

That will be a tough test, but there's no doubt that Solskjaer will learn from it and there will be changes to the team that played today.

So many factors contributed to United's defeat tonight. Wan-Bissaka was one. Lingard's error was another. But Solskjaer's substitutions were, too.

United can't get themselves down too much and must pick themselves up. The only way to do this will be to get a victory in the next game.

What do you think of United's performance? Follow our new United Fan Brands writer Omar Garrick on Twitter to get involved in the discussion and give us your thoughts on the defeat against Young Boys in the comments section below.