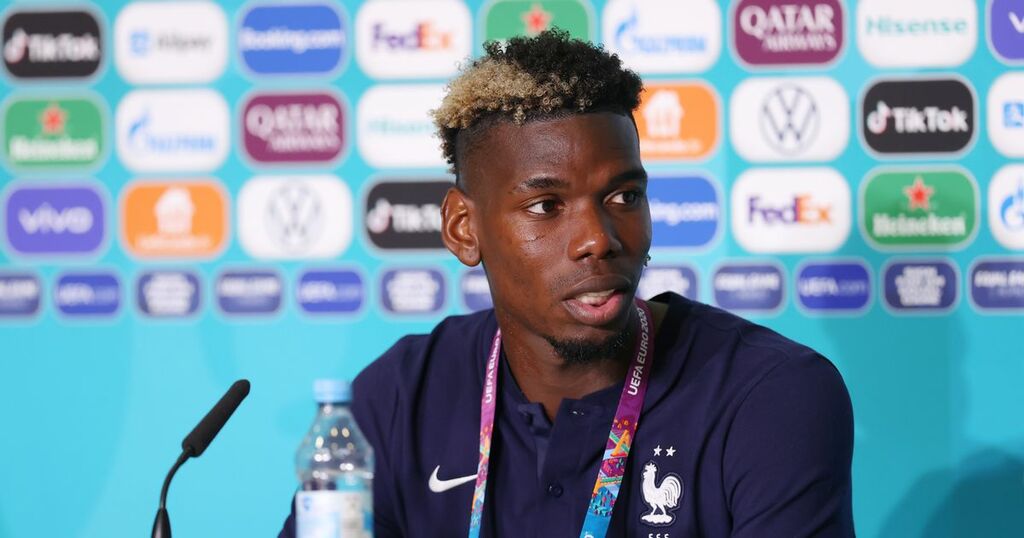 Paul Pogba has admitted that France’s poor form has left him “p***** off” with Les Bleus struggling in their World Cup qualifying bid.

France went into this summer’s European Championship as the overwhelming favourite, but were stunned in the round-of-16 losing to Switzerland on penalties.

And their attempts to put that behind them have fallen flat, with Didier Deschamps’ failing to win their two qualifiers during this batch of fixtures.

Draws with Bosnia and Herzegovina and Ukraine mean France remain top of their group, but have played two games more than their rivals and are just four points ahead.

“We have to show some pride as well and not accept it all,” he said. “Pardon the language, but it p***** me off to not be winning. I haven't won with the French team in a while, and it's something that I've missed.

“I think that's the case with everyone, with all of the players, we want to show a reaction.

“We'll keep the positives, we got a point, despite the performance which needs to change.”

Pogba has shown a similar attitude to a lack of success at club level, with his £89million return in 2016 garnering just two trophies.

The midfielder has just one year remaining on his current deal at Old Trafford and has previously admitted that now is the time to win silverware.

After becoming the first Premier League player to register five assists in the first two games of the season, he said: "It’s always great, but I prefer to win the league and not have the record.”

United bosses have moved to surround the World Cup winner with a serious influx of talent, signing Jadon Sancho, Raphael Varane and Cristiano Ronaldo to the club this summer.

Pogba now believes this is the best side he has been involved with at United, adding: "There have always been strong Manchester United teams, but this is definitely the strongest.

“It is obviously in this club's DNA to win trophies. We have a strong team that can become champions. We know how hard it is, but we will do our best to lift the trophy this season."

This week, he admitted that the arrival of Ronaldo will ‘raise the level of the team’ even more, adding that ‘it’s always a pleasure to play with the best’.

For much of his stay with Manchester United, he has appeared a more content player when with the international team.

Perhaps for the first time in five years, the roles have been reversed, with frustrations while playing with France a stark contrast to the player seemingly enjoying his club football more than he has in years.