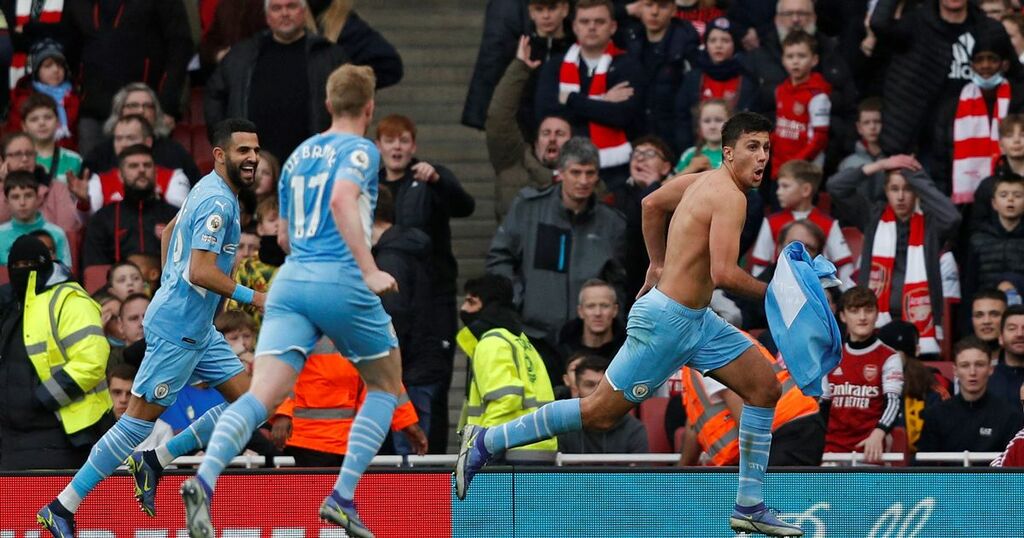 Premier League action returns to the Etihad Stadium as Manchester City welcome Chelsea in what could have a huge impact on the title chase.

Pep Guardiola and City fans alike rejoiced at the beginning of the month when their closest rivals Chelsea and Liverpool couldn't be separated in a mammoth clash at Stamford Bridge.

It meant successive draws for Thomas Tuchel's side and has left them 10 points adrift of City at the top of the table.

The Blues can stretch that lead to 13 with their 12th consecutive win and move a step closer to retaining the crown as English champions.

How do pundits see the clash panning out?

Owen believes City will be do the double, saying: "Man City have had a brilliant last month or so, and are now firmly in control of the title race and, I can’t see them slipping up now. Even when they don’t play at their best, such as the game against Arsenal, they still find a way to win.

"The Cup win on Wednesday over Spurs should give the Chelsea squad a bit of a boost. Chelsea have shown under Tuchel how dangerous they are in Cup Competitions, and I would never rule them out of winning silverware.

"City were fantastic when they went to the Bridge and won 1-0 earlier in the season. They looked like the team to beat in the league that day and that’s proven to be correct. I can see another win for them here."

The former Liverpool star couldn't shy away from a slight quip at the atmosphere at the Etihad, he fired: "I'm not a fan of lunchtime games full stop because the atmosphere is always flat, whoever is playing. This will be the same, despite it being a meeting of the top two, and it would be very different if this was a tea-time kick-off.

"It is going to be interesting to see how Chelsea line up because they are short of defenders after Andreas Christensen tested positive for Covid-19 this week.

"Thomas Tuchel's side played well when they despatched Tottenham in the Carabao Cup on Wednesday, but this is a much bigger test and I'm not convinced they are ready for it.

"Chelsea's Premier League form has been patchy and even a draw here would not be enough to help their title chances. I don't think they will get that, though.

"City played really well when they won at Stamford Bridge in September, but they have really hit their stride in the past few weeks. I'm going for another win for them, which would be their 12th in a row in the league."

He told Sportskeeda: "If Chelsea don't win, they are out of the Premier League title race. Saying that in mid-January is not a good thing for them, but it's the reality of the situation.

"This is a massive game, but if you look at the table, Manchester City could probably lose this one and still go on to win the title.

"Pep Guardiola's side blew Chelsea away at Stamford Bridge even though the scoreline was only 1-0. That just goes to show how good Manchester City have been this season and I think they will get another victory this weekend.

"I fancy these two teams to meet each other in the UEFA Champions League once again, so it'll be a big psychological battle.

"Chelsea had a game on Wednesday night as well and that will play its part. In terms of their attacking options, it'll be interesting to see who Thomas Tuchel decides to go with.

"Kai Havertz was outstanding in the first leg and played arguably his best football in a Chelsea shirt, but there's also Timo Werner, whose pace could be a huge asset. That said, if Werner plays, he'll have to come up against the pace of Kyle Walker, so they could well end up cancelling each other out.

"Havertz, on the other hand, has got the brain and the intelligence to open up teams and make clever runs into the box, so this will be a big call for Tuchel."

The former City defender isn't quite as confident for Guardiola's side, speaking to LiveScore he said: "Focusing on Manchester City’s table-topping clash with Chelsea, anything but an away win effectively ends the title race for me.

"To win the Premier League nowadays, you must be capable of going on extended winning streaks — not just undefeated ones.

"City and Liverpool have raised the bar in recent seasons and Pep Guardiola’s men will enter this game having won 11 straight league matches. It’s an unbelievable level of consistency.

"Even if Chelsea do win at the Etihad, it would still be a huge ask to claw back a seven-point gap to catch City.

"They deserve huge credit for what they’re doing because it’s very easy for complacency to creep in when things are going so well.

"People say it’s harder to defend a title than win one and that does ring true, but Guardiola is a master of creating a relentless attitude within his squad.

"Chelsea will need to be at their best to get anything here but I expect their key players to step up. Although they wouldn’t admit it, a draw isn’t a bad result for City and that seems a likely outcome to me.