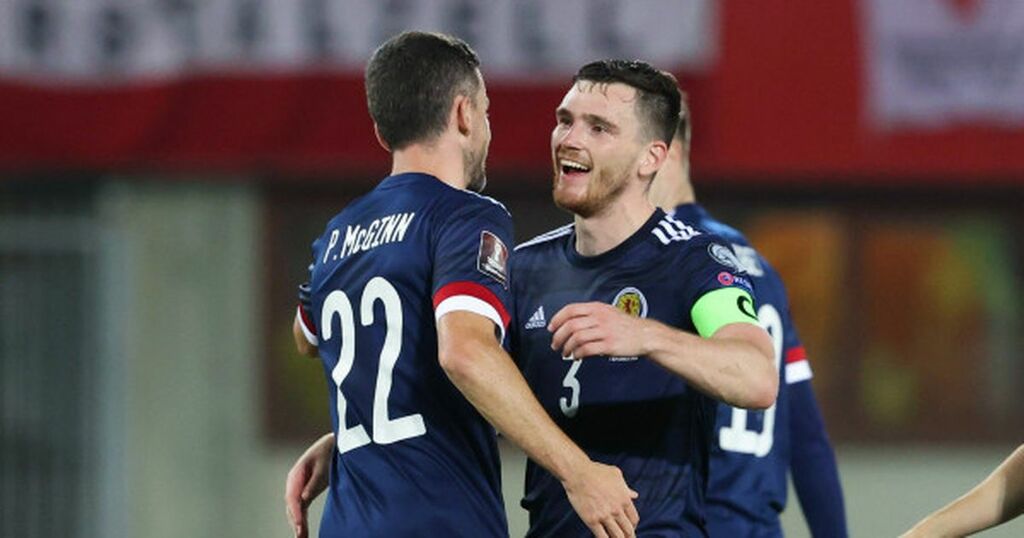 The Hibs defender was called up by Steve Clarke on Monday and came on as a second half sub as the Scots secured a vital three points away to Austria to put them second on their 2022 World Cup qualifying group.

Easter Road teammate Kevin Nisbet also got off the bench to make it a Hibee double.

McGinn replaced Stephen O’Donnell at right wing back and with Andy Robertson operating on the other flank, he admits it was just like old times.

“I’m immensely proud!” He said. “I’ve been on a similar journey to Andy Robertson from the bottom; we both played at Queen's Park together, so it’s nice that the next time we end up playing together is in a Scotland jersey!

“I was straight in at the deep end. It was a tense affair, but we got over the line and I thought the boys deserved it on chances.

“Steve Clarke told me stuff like tuck in, all the usual, but mostly just to enjoy it.

"I think I’m enjoying it more now that it’s finished but it’s just a proud moment for me.”

Scotland had to defend well in order to claim the win, but could have easily added more goals after Lyndon Dykes’ penalty five minutes before half time.

While Austria were under pressure going into the game after a heavy defeat to Israel at the weekend, McGinn insists they remain no mugs.

“Look, Austria are a top team still,” he said. “Maybe not in the greatest of form right now but you need to come here and play well to win, and they still put us under a lot of pressure.

"Maybe a second goal would have killed it, but we didn’t quite get it."

It was a proud moment for the whole McGinn family with brother John also on the pitch when Paul was introduced.

And the latter joked that there’s still time for the McGinns to complete the hat-trick.

He added: "It was also good playing alongside John although it would have been nice if he’d put that one in the top corner!

“I’m sure my mum and dad will be proud and there’s still time left yet for Stephen!”