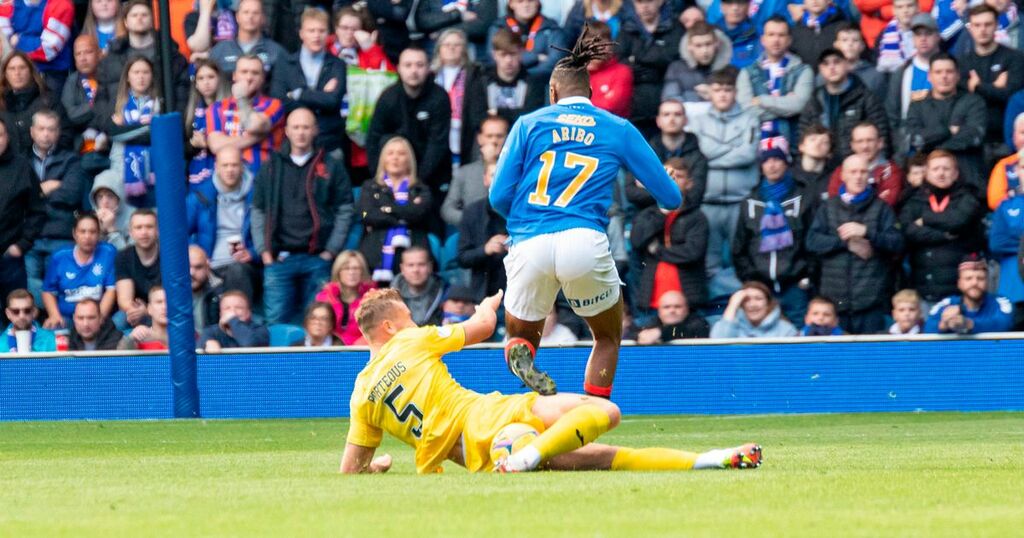 The Rangers gaffer hit out at the Hibs star for his rash challenge on Joe Aribo and insisted the defender hadn’t learned after being sent packing for a late on on Borna Barisic last year and a few other eye watering tackles in recent terms.

But Hanlon issued a stanch defence of his teammate and insisted the 22-year-old has ironed out the wild side of his game and was harshly punished on Sunday.

Hibs were one up when Porto was sent packing, with Rangers roaring back to claim the points to go top of the Premiership.

But Hanlon isn’t having any talk of his Leith pal being a liability despite Gerrard’s lashing.

He said: “I don’t think he needs to learn from it. If we go back to his younger days a couple of years ago, he was doing two or three of those a game. He came in and he wanted to make those big tackles.

“He’s learnt as well, he’s learnt the way referees work, and he’s been clever in terms of picking and choosing when he makes big tackles.

“We all want to see big tackles, fans love seeing it, it’s part of the game, but it’s probably a bit more about learning how the game is refereed more.

“I think he probably had a reputation, but I don’t think he has anymore. Especially this season, his performances have been top class. It’s all been about Ryan Porteous’s defending and how good he’s been for us every week.

“I think that’s probably the main part to focus on.”

Hanlon isn’t even convinced it was a red card regardless.

He said: “I think he wins the ball. The way I’ve saw it, I ran into the middle of the pitch and turned round and what I saw was, I thought he won the ball, but he does come in at a lot of speed. The way the games are refereed now, we see the speed and the reaction of the Rangers player, it’s a straight red.

“When you do go in that fast in tackles, it gives that option to the referee.

Porteous was distraught in the Ibrox dressing room but Hanlon has backed the youngster to get back on track.

He said: “He was gutted, but he was probably feeling a wee bit hard done by. The referee’s angle is probably the one where it looks the best tackle which is frustrating.

“He’ll bounce back 100 percent. Listen, Porto has been different class since the start of the season.

“He’s really kicked on and been brilliant for us.

“It’s a minor blip, it happens all the time up and down the country. People getting sent off is part of football.

“We get on with it an adapt for the next game.”

Gerrard did a Ronny Roar after the final whistle on Sunday and Hanlon believes that proves how close Hibs had come to toppling the champions.

But he won’t let the defeat derail the progress made at Easter Road this season.

Hanlon said: “I think that’s the biggest part of it, the celebration was a compliment to us as well and how well we played. It’s part of the game, he’s delighted his team won, and that’s it at the end of the day.

“We were gutted. We put so much in to the game and worked so hard as a unit.

“We started the game really well. We were on the front foot, stealing the ball off them in dangerous areas and creating chances.

“I was just gutted as I felt there were three points there for us.

“It’s a difficult place to go with 11 men, never mind 10. We scored a good goal but two moments of quality and us switching off cost us.

“We trained really well all week and were buzzing for it. We feel it’s probably a chance missed for us.

“I think we have to pick ourselves up quickly. We’ve got the international break and we don’t want to spent the two weeks feeling disappointed about Sunday’s result.

“We want to push on and come back stronger.

“It’s been a great start to the season, we were on a great run, so it’s time to start again.”