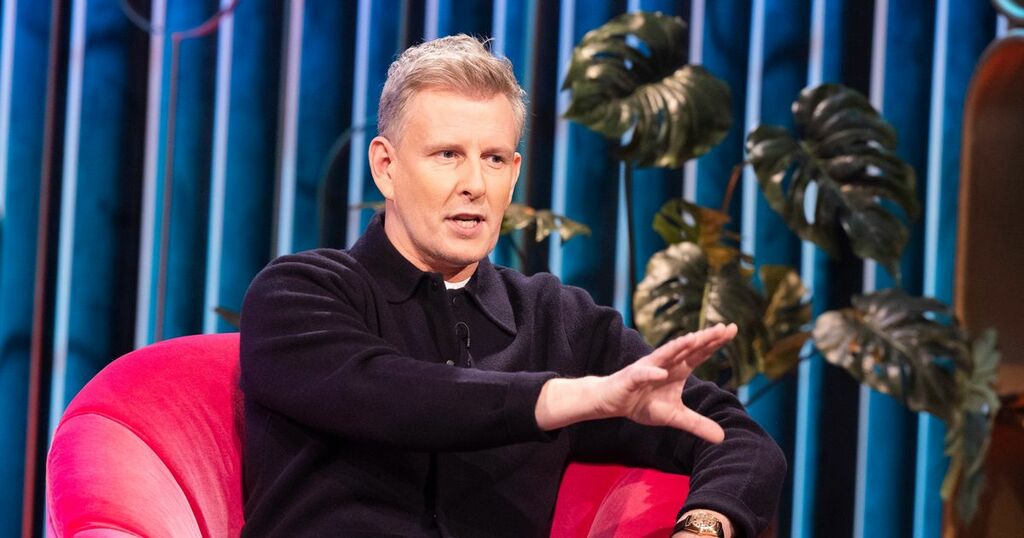 Patrick Kielty has told how he swept TV presenter Cat Deeley off her feet with a Beverly Hills brunch story worthy of a Hollywood rom-com.

The stand-up comedian revealed their platonic relationship moved up a gear thanks to a snap drunken decision he made at his local pub.

The 50-year-old said: “She was out in LA for a little while before we got together. There was always a little bit of something, the timing was never right. I remember it was her birthday, and I was in Dundrum, Co Down, in the local pub.

“I was a few pints in, and there’s an eight-hour time difference to Beverley Hills.

“I sent her a text, she texted back, and, of course, I thought, ‘I’ll ring her’. I said, ‘What are you doing for your birthday?’ She says, ‘I’m having brunch in the Beverly Hills Hotel tomorrow’. I said, ‘I’ll be there’.”

The funnyman put the phone down at 1am and four hours later he was in a taxi bound for George Best Belfast City Airport.

Paddy flew to Heathrow in time to board the 9.50am flight to Los Angeles.

He added: “It’s an 11-hour flight but you get eight hours back. I land at 1.15pm, hand luggage only, straight out into a taxi. At 2pm I’m pulling up at the Beverly Hills Hotel on the Sunday. I’m telling the driver the story, I’m feeling like it’s pretty romantic.

“Anyway, I walked into the Polo Lounge and said, ‘I’ll have a gin and tonic’. She turned around and fell off the chair and we’ve been together ever since.”

The pair, who moved back from LA to London last year, married in 2012 and have two children.