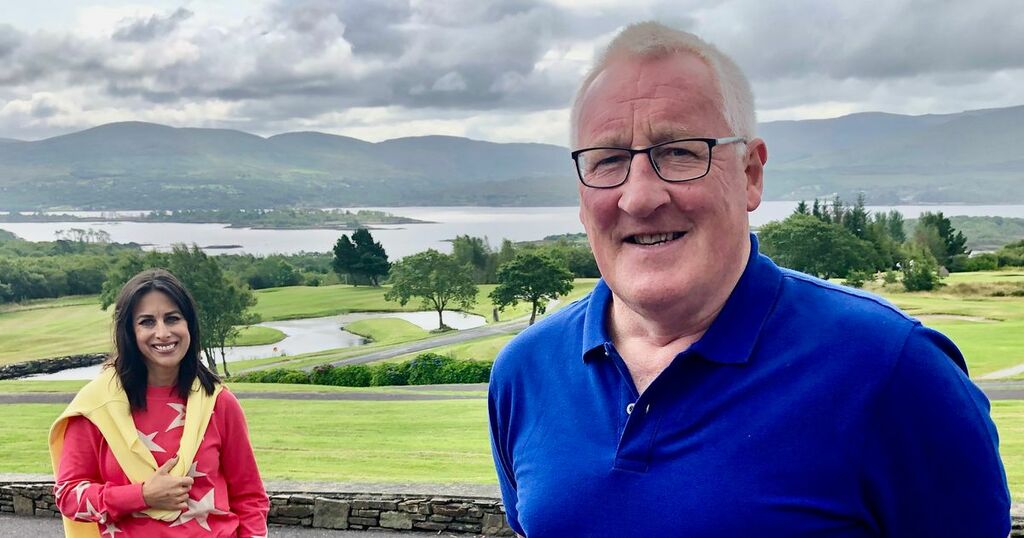 Pat Spillane reveals he and his wife Rosarii once needed a Garda escort to leave Croke Park after being threatened by GAA fans.

Pat is one of the country’s best known Gaelic football pundits, having previously represented his native Kerry at senior level.

He is also one of the most opinionated broadcasters, and is not one to shy away from debate about the sport.

His comments have often sparked anger from passionate GAA fans and one occasion Pat and his wife Rosarii actually had to be escorted to their car by a number of Gardaí.

The Kerryman admitted that it was the first time Rosarii had gone to a match with him in Croke Park, making the experience all the more difficult.

“I remember the only time Rosarii came, it was a Kerry and Armagh final,” Pat told Lucy Kennedy on Living with Lucy.

“Kerry got beaten by Armagh and there were a lot of angry Armagh supporters outside Croke Park. I had to get, with Rosarii, a Garda escort across the road to get to my car. Poor Rosarii, she hadn’t ever been to a game with me.”

“Now it’s social media, but in those days it was letters - to my house,” he said.

“In letters I would’ve been threatened to have been shot.

“One time, a letter posted in Armagh addressed to ‘Pat The Bo*****s, Kerry’ was delivered here. And I thought, am I that big a bo*****s, or is the postal service that good?!”

But attacks on Pat have been personal too.

He continued: “A woman once attacked me with an umbrella outside Croke Park one day. She was from Mayo, I had been giving out about them.

“There was another year with Ger Canning, I had to hide in the back seat of his car because supporters from a particular county wanted to kill me. They certainly didn’t want to give me hugs and kisses!”

Pat has unfortunately faced the brunt of trolling on social media in the digital age and admitted that while he doesn’t pay heed to the comments, his children Cara, Shóna and Pat Jr. do.

He said: “Social media is tough now, I’m not on it but sometimes I flick through it. Sometimes my children would be watching it and be affected. I’d sort of say to myself, why did somebody at 5 o'clock this morning post this sh*te about me? What sort of sad, sick bastard would do that? Keyboard warriors are faceless cowards.”

Pat added that his job will never keep the peace with everybody, telling Lucy: “If you say Kerry will beat Cork, you’ve automatically upset the Cork people.

“Kerry play the final against Tipperary, I say, ‘Tipperary are no use, Kerry will beat them.’ That’s Tipperary people offended. That’s how it goes.”