Pat Flanagan column: Fianna Fail is dead after almost 100 years - and the Taoiseach doesn't know it yet 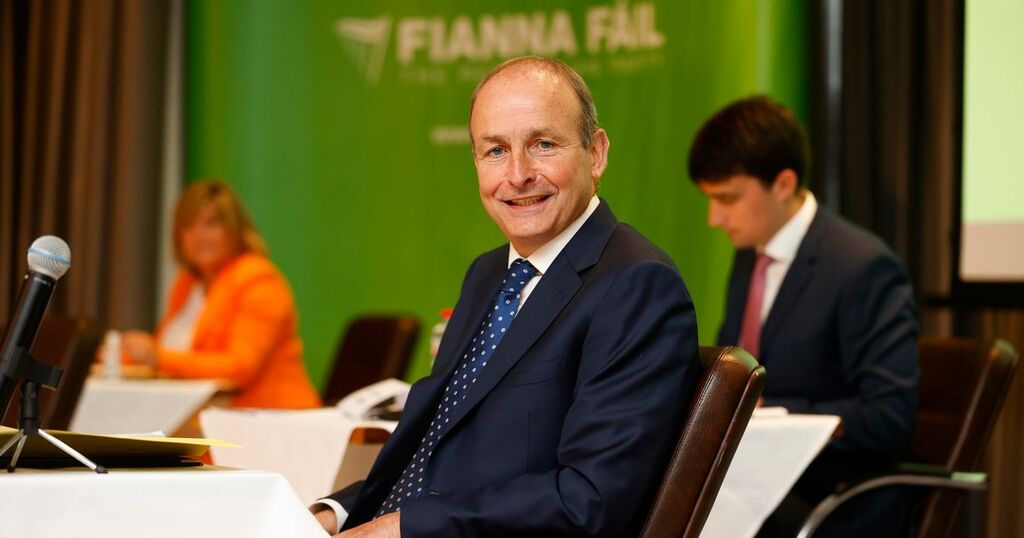 Those with even a passing interest in politics would do well to remember this year’s annual Fianna Fail think-tank, for it may be one of their last.

In short, after nearly a century, the party’s over for them.

As if to highlight the total lack of trust, like gunfighters entering a Wild West saloon, TDs and Senators’ phones were confiscated on Wednesday to prevent leaks.

If Fianna Fail supporters were looking for a shot in the arm from their leader, they were sadly disappointed.

All they got from Micheal Martin was delusion and confirmation the party is totally out of touch with real-life Ireland.

In his opening statement, he claimed Fianna Fail is doing well in Government on the issues of substance.

The worst housing crisis in our history, the highest rents and mortgage rates in Europe and inflation running out of control with families not able to afford to live, and he thinks we’re doing well.

Whatever hope Fianna Fail had of saving itself, Mr Martin’s pledge to lead the party into the next election and form another coalition with Fine Gael will scupper that.

Far from learning from their mistakes, it appears Fianna Fail is doomed to repeat them, and in doing so, has booked itself a one-way ticket to political oblivion.

It must be hard for the dwindling number of grassroots supporters to understand how their leaders have become so out of touch.

Such is the disconnect that Mr Martin is proposing future coalitions with Fine Gael when the internal review now being discussed at the think-in found Fianna Fail’s propping up of the last Fine Gael government badly damaged the party.

The report by junior minister Sean Fleming revealed that the party’s identity was damaged as was its ability to attract younger voters at the last election.

The report also stated that the majority of members are “unclear” about Fianna Fail’s distinct identity.

That may be the case but a growing percentage of the electorate know only too well what the party stands for – and that’s sleaze and cronyism.

Mr Martin’s failure to sack Simon Coveney over the scandalous appointment of Katherine Zappone as a UN envoy shows he is more interested in staying in power regardless of the damage he’s doing to his party.

The trouble for Fianna Fail is that the country is too small for two Fine Gaels.

For under Mr Martin’s leadership the so-called Republican Party has become a distorted mirror image of its once political rivals.

While the formation of the current Government might have signalled the end of Civil War Politics it also marked the beginning of the end of Fianna Fail.

Indeed, Mr Martin might get a standing ovation if he were to make an appearance at the Sinn Fein and Fine Gael annual gathering in the coming weeks.

Truth be told, he has done more to boost the fortunes of these parties while he has undermined the support for Fianna Fail.

Together with the Greens, an outfit which has abandoned all principals once in office, he formed a government the public did not vote for and doesn’t want.

While Fine Gael has mostly held on to its wealthy and well off core support those once loyal to Fianna Fail have drifted away and who can blame them.

A new generation of voters want change and a better future while, by his failure to act Mr Martin has signalled Fianna Fail is wedded to the old ways.

That’s why the gathering in Cavan is more of a wake than a hooley... they just don’t realise they’re dead yet.