Two friends who were found guilty of murdering an Uber driver that died after suffering devastating head injuries have been jailed today.

Mr Asghar, 39, had pulled over the taxi after Treacy swore at him when he asked the teenager to stop eating a takeaway in the back of the car.

The confrontation started after McPartland spelt the name of their intended destination wrong.

He died two weeks later after the attack.

Last week, a jury found the pair guilty of murder.

Manchester Crown Court heard how the pair had been out in Oldham town centre on October 29 last year before McPartland ordered an Uber to take them to Rochdale.

They were planning to meet up with women and then attend a house party.

McPartland asked to be taken to Coco's in Rochdale, but had meant to say Koko's, which is a nightclub in the town centre.

Coco's is a restaurant just outside the town centre.

The mix-up was resolved but Mr Asghar pulled over shortly after because Treacy had started eating a chicken burger and chips in the back of the taxi.

Treacy swore at him and refused to stop eating.

CCTV captured Mr Asghar pulling over near a petrol station at about 4am.

Mr Asghar was subjected to a "ferocious, brutal and totally unforgiving attack", the court heard.

He was pushed to the floor and had his head banged against the wheel of his car, which caused him to bleed heavily. He suffered catastrophic brain injuries and died two weeks later.

Ali’s family said in a statement: “In loving memory of Ali Asghar who has left us all at a very young age, so tragically.

“A loving and devoted son, brother and friend who will be forever missed.

“On behalf of his family we would like to convey our sincerest gratitude to the police officers, barrister, the judge, the jury and all else involved who have helped our Ali to receive justice for what happened to him.

“A huge heart felt thankyou to all."

Treacy admitted manslaughter and did not give evidence at the trial.

McPartland, who denied murder and manslaughter, said he had not punched Mr Asghar in the head and claimed he tried to act as a peacemaker after noticing the taxi driver had a bloody nose.

He told Mr Asghar's family he was "deeply sorry" and "ashamed" of his actions but maintained his innocence.

Senior Investigating Officer Phil Reade, from GMPs Public Protection and Serious Crime Division, said today: “The senseless actions of Treacy and McPartland that morning were utterly despicable and led to a family losing a much-loved son and brother.

"These two men are clearly violent individuals and I am relieved that they are now off our streets and have time to think about their actions and the hurt and sorrow they have caused.

“The judge today highly commended the taxi driver for his actions in attempting to save Ali’s life and I’d also like to thank him for his bravery." 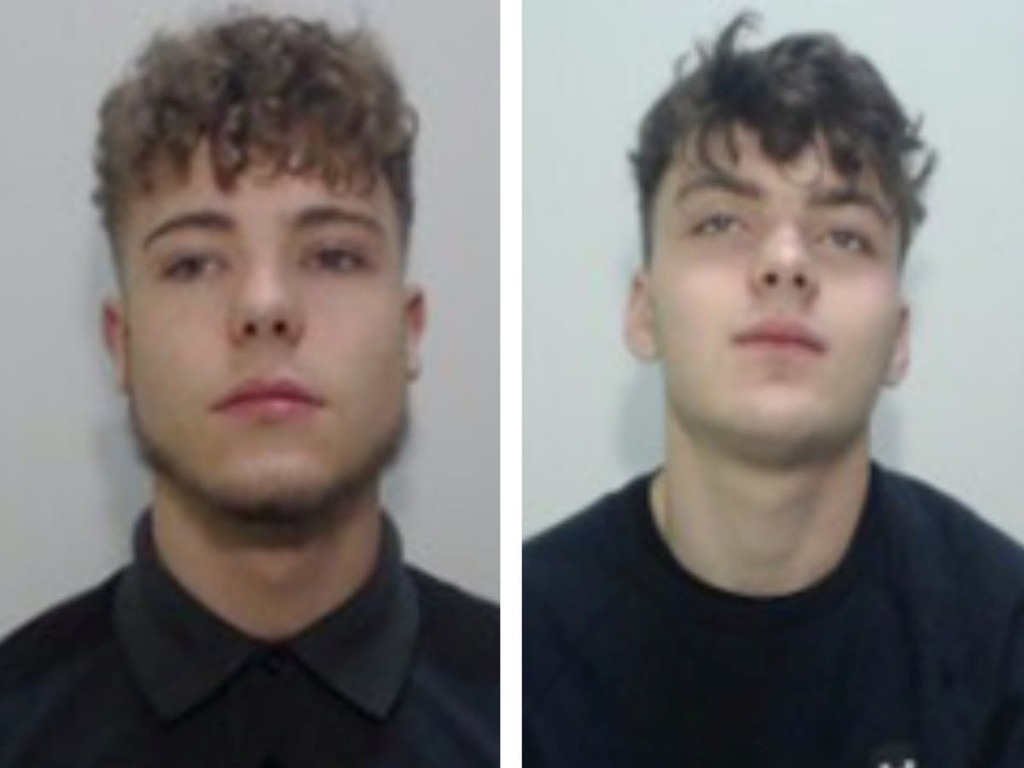 The Independent UK
One subscription that gives you access to news from hundreds of sites
Pictured: Murderers who savagely killed Uber driver after he told them to stop eating burger and chips in his taxi

Connor McPartland, 20, and Martin Treacy, 18, will be in their 30s before they are considered for release

Connor McPartland and Martin Treacy have been jailed for life