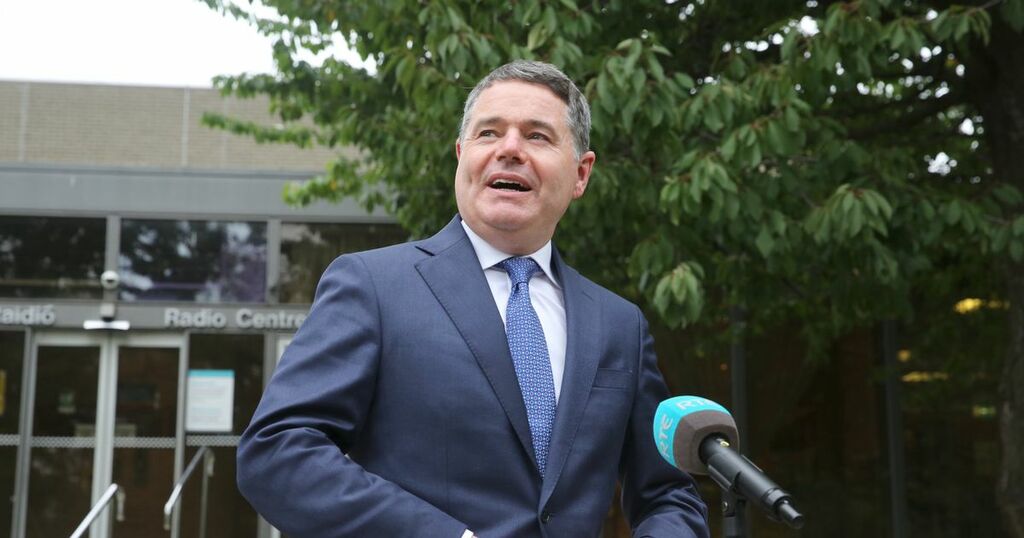 Paschal Donohoe chose the cheapest tax break option in the Budget for those working from home, it emerged yesterday.

The Finance Minister ruled out more generous packages and opted for a scheme mired in red tape which is valued at just €51 a year to earners on the lower rate.

The news comes as 5,959 Covid-19 cases were recorded yesterday – the sixth highest daily figure since the start of the outbreak.

A department submission reveals how two more generous and much simpler options to reward home-workers were ruled out in pre-budget discussions.

Instead, Minister Donohoe opted for the least expensive option of the three and one that involved “most effort” for workers planning to make a claim.

Officials proposed a €1.50 per day deduction that could be claimed by employees with a cap of two days a week – worth the equivalent of up to €150 each year.

The estimated overall cost of this was put at around €20million and it had the added bonus of reducing the “administrative burden” in making a claim.

A second option to provide a simple tax credit that could easily be claimed by workers was also floated, which had an estimated cost of €25million.

However, Minister Donohoe opted to stick with a plan where workers could claim on up to 30% of their annual electricity, heat and broadband bills.

Officials estimated this would cost €10.8 million and should be put on a permanent formal footing to give certainty to employers and workers.

The anticipated value of the relief will be around €103 annually for workers paying tax at a 40% rate, and about €51 per year for those on the lower rate.

A departmental submission considered the Minister’s preferred option as efficient in the “use of Exchequer resources” and also well-targeted towards home workers.

The submission said: “However, Option A would require the most effort for a worker to make a claim.”

Tens of thousands of workers have been based away from offices during the pandemic - with the Government ordering a return to working from home where possible this week.

The submission said the government wanted to make “remote working” a permanent fixture of working life rather than something temporary during the pandemic.

It said there were “economic, social, and environmental benefits” to this and that a high-profile change to tax relief would underline it.

A spokesman for the Department of Finance said they had nothing further to add to the records.