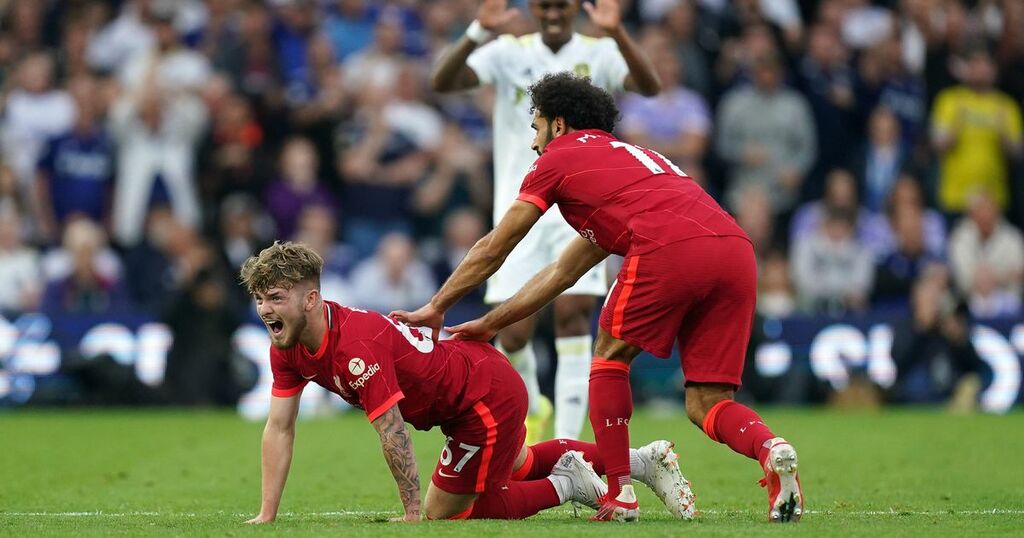 Liverpool enjoyed an impressive three-goal victory at Leeds United on Sunday but the triumph was marred by a worrying injury sustained by midfielder Harvey Elliott.

The teenager suffered a suspected broken ankle following a second half challenge from Leeds defender Pascal Struijk, who was subsequently sent off.

It ensured that Marcelo Bielsa’s side had to play out the final half hour of the match with ten men and the red card proved to be somewhat of a contentious decision.

The central defender - a substitute to replace the injured Diego Llorente - caught Elliott from behind with a challenge, with debate over whether the decision was based on the outcome of the injury rather than the intention of the challenge.

As reported by The Athletic, Struijk’s tackle was deemed as serious foul play due to the intensity of the challenge and endangerment to the Reds midfielder - who received on-field attention for several minutes before being stretchered off.

It is claimed that referee Craig Pawson made the decision on the field to show Struijk a red card with help from the fourth official Andy Madley, who was close to the challenge on the sidelines.

Pawson waited to show the red card for VAR to confirm the decision into his earpiece, which is when he subsequently dismissed the defender.

Jurgen Klopp said after the match: “It's a bad injury. Ankle, I heard it was dislocated. We could put it back. He's in the hospital.

“I couldn't care less [if it was a red card], it is not my business. It is a serious injury, definitely for an 18 year old boy. The red card is not important. Two or three weeks we can play on, Harvey will not.”

Leeds boss Bielsa said: “Pascal recovered the ball. The action to get the ball didn't have an infraction. But I have the feeling that the movement of the rest of his body after he recovered the ball made him hit Elliott. I'm totally sure there was no bad intention.

“Obviously there was some imprudence or excess of power. These types of recovery are totally frequent. The difference here was that the follow through with Pascal's speed and power clipped the player and caused the injury. I regret dearly that such a young player playing at such a high level has been interrupted, I hope he's able to get back.”

Goals from Mohamed Salah, Fabinho and Sadio Mane gave the Reds a comfortable victory but there will be concern over the extent of Elliott’s injury.

The teenage midfielder impressed on loan at Blackburn in the Championship last season and had started all four of Liverpool ’s Premier League games this campaign.