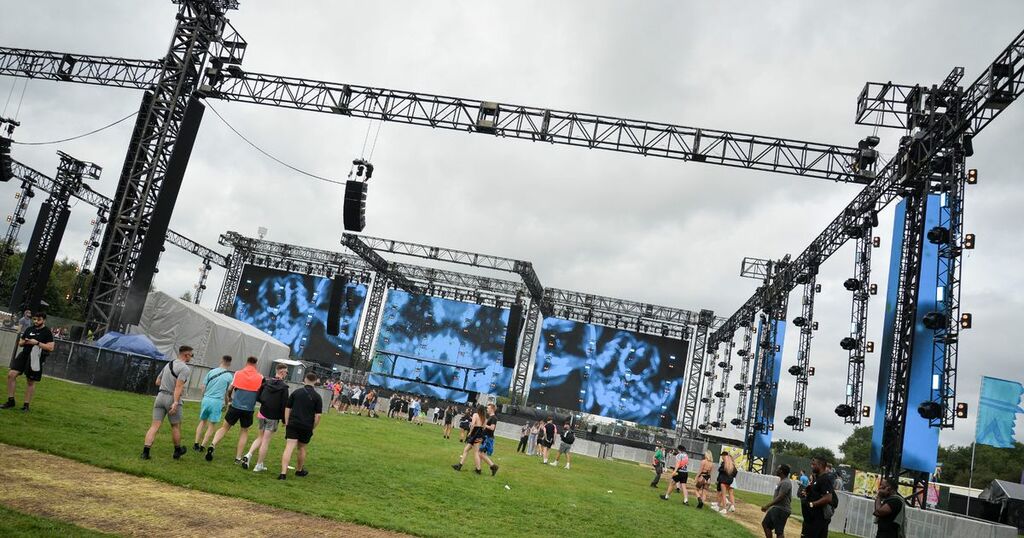 Parklife 2021 is underway, the first major music festival to take place in Greater Manchester since the pandemic began.

The festival site looks a little different this year, with a new layout for the stages and new open-air dancefloors.

Normally, festival-goers would cram into the many marquees and music tents around the site, but these have been scrapped this year in favour of more Covid-secure outdoor entertainment spaces.

It leaves attendees exposed to the elements, but will also allow for better air flow and ventilation and a safer experience for all on site.

Given that Parklife can often be caught up in Manchester's typically wet weather, it might've left 80,000 people per day getting soaked.

But thankfully, the rain has held off so far and the forecast for tomorrow is looking dry too.

The new stage format means there are brand new stages to explore, including the Palm House, which is covered in a canopy of leaves.

Annie Mac and The Blessed Madonna will both headline the Palm House stage tonight.

The Hangar stage is normally one of Parklife's biggest attractions, so-called because of its resemblance to an aircraft hangar.

It's still a massive space, with headliners including Adam Beyer today and Eats Everything and Eric Prydz tomorrow, but its curved roof and walls have been removed.

People on Twitter were quick to notice the lack of shelter, saying: "@Parklifefest not putting the roof on the hanger? What are you thinking? Not going to be the same! Are we just supposed to rave in pure sunlight??"

The metal structure that surrounds the Hangar space looks like it will light up, creating a new spectacle on the site.

The Sounds of the Near Future stage, normally housed inside a massive marquee, has also moved entirely outdoors.