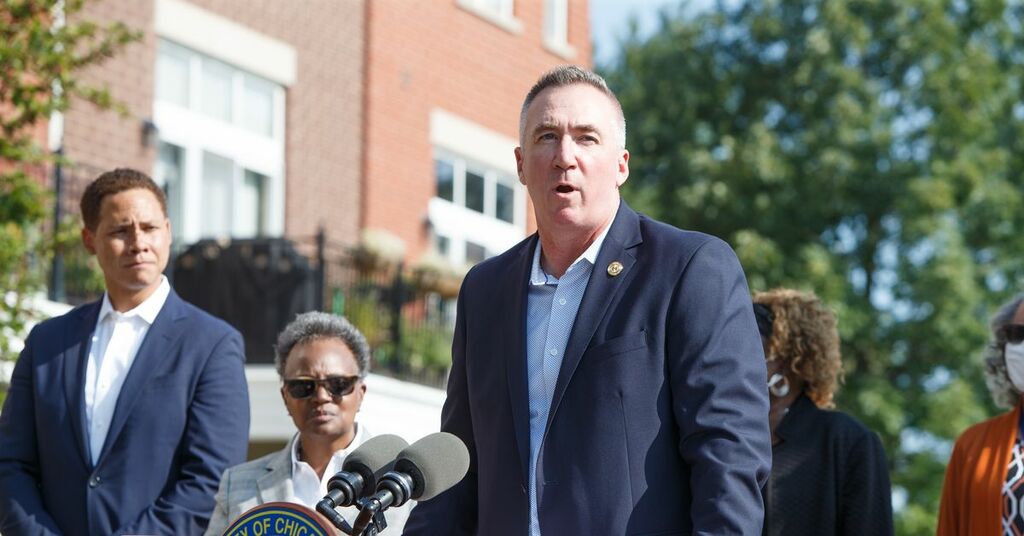 The Chicago Park District will install life rings in staffed locations along the lakefront and on Pratt Pier in Rogers Park — where swimming is off-limits — to prevent a repeat of the drowning that killed 19-year-old Miguel Cisneros.

A rower at St. Ignatius College Prep who spent his freshman year at Columbia University taking classes online, Cisneros drowned on Aug. 22 after jumping off Pratt Pier in Rogers Park where swimming is prohibited.

There were no life rings on the pier at the time. In fact, the Park District had removed life rings that had been installed by Rogers Park residents.

He announced that life rings would now be installed on Pratt Pier and at staffed locations along the lakefront and at Park District-controlled areas along the Chicago River as part of a six-point safety plan.

The plan also includes “restricted access” through installation of fencing; additional signs; adding swimming regulations to all e-registration forms; and educational outreach that includes teaching more kids to swim by the time they reach fourth grade.

“There will be a life ring at Pratt Beach, which is normally a manned location. There will be a life ring on the pier as well. I don’t love that decision. I cannot stress enough, folks. We’re in the life-safety business. We’re in the teach-kids-to-swim business. Anything that gives a semblance of comfort to going in that water where it says, `Do Not Swim’ [encourages people to break the rules], but we’re gonna do it,” Kelly said.

Under fire from Cisneros’ friends and family, the superintendent was asked whether he regrets his decision to remove life rings installed on Pratt Pier by Rogers Park residents.

Mayor Lori Lightfoot was asked a similar question after joining Kelly to cut the ribbon for the newly reconstructed Irving Park Road Bridge over the North Branch of the Chicago River.

“What we need to do is focus on how we can go forward. The life rings are important. To my simple mind, they’re like a fire extinguisher. You don’t want to encourage people to burn the buildings down. But if there’s an emergency, you have it there. The life rings are the same thing,” the mayor said.

“There’s a lot of undertows up and down the lakefront. It looks calm. But we know every year, people are challenged by struggles that they have with the lake. So we’ve gotta just keep educating people about how to enjoy this beautiful, incredible asset that we have but do it safely. Adding life rings are gonna be important. But it’s gotta be coupled with the signage and the awareness of the risk and dangers inherent in the body of water.”

Like Kelly, Lightfoot expressed misgivings about sending mixed messages by installing life rings in areas where swimming is supposed to be off-limits.

“The lake is beautiful. There’s no question about it. It certainly calls us on a bright sunny day like today. But the lake is also dangerous. ... People should not take unnecessary risk. Be careful,” the mayor said.

“And while I believe that we absolutely need to expand the availability of the life rings, they are not a panacea to common sense and being smart about how you engage with bodies of water. ... People do swim in the river. But there are unknown challenges and risks underneath those waters. The same with the lake.”