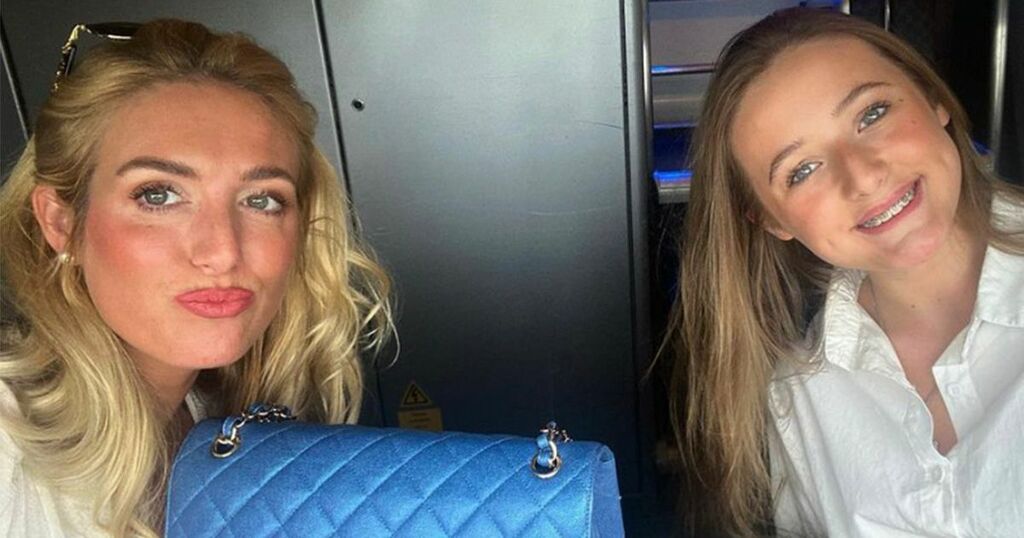 Paris Jackson has revealed what her father Michael was like, saying he was a 'free-love, hippie-type dude' who told her…

Pedestrian.tv
Pete Davidson Is Moving To The Gold Coast Someone Get Kim K A Three Park Superpass STAT

Paris Fury has honoured traveller tradition by taking her daughter Venezuela out of school.

The mum-of-six shared a sweet photo of her and the 12-year-old as they enjoyed a day out together.

Alongside a photo of the pair on a train, Paris wrote: "A daughter is someone you laugh with, dream with and love with all your heart."

Venezuela grinned as her mum flashed a pout and showed off her bright blue Chanel handbag.

Paris and husband Tyson Fury have always been very open about their decision to take Venezuela out of school.

The couple have made no secret of the fact they want to raise their children "the traveller way".

"We finish school at primary age, which is the traditional traveller way," she told The Sun's Fabulous magazine.

"We've just brought the tradition into the 21st century.

"Venezuela wanted to leave school and all her (traveller) friends were leaving."

But the parents plan on still educating their daughter, as she will have a tutor and piano teacher.

The couple, who are both travellers, are parents to Prince John James, nine, Prince Tyson Fury II, five, Prince Adonis Amaziah, two, Valencia Amber, four, and Athena, who was born in August 2021.

There is also speculation that Paris is pregnant with their seventh child, but neither has responded to the claims.

Speaking previously abut her family life in an interview with the Irish Mirror, the hands-on mum said: "I am a Traveller, I am a gypsy. I was brought up in caravans when I was a little girl.

“It’s just the traditional lifestyle; there’s no real definition, there’s no bloodline because we never went to the doctor to say we are who we are.

“There was no paperwork, there are still gypsies today who can’t read or write; we’re just that old fashioned.”

Paris, whose maiden name was Mulroy, first met Tyson when she was 15 years old at the wedding of a family friend.

The couple got on like a house on fire and began dating soon after Paris turned 16.

She wasn't allowed a boyfriend until she was 16, and Tyson was the only man she's ever dated.

They got married three years later in 2008 and in true traveller style their special day was attended by 400 people.

In 2020 Paris appeared on This Morning and told Holly Willoughby and Philip Schofield about the hardships of being married to a professional fighter.

She said: "It’s very difficult. I remember years ago, women used to say to me, ‘Smile, you’re on camera, you’re on camera’. I was like, ‘No. The person I love is getting punched in the ring. I’m not smiling.

“It’s very hard… You just have to accept it because it’s something he wanted to do. But as you’re watching, I take every punch he takes. I’m cringing on the inside, literally.

“It’s hard and it’s getting harder because every fight is a harder fight so obviously, it’s a harder level.”

Paris Jackson has revealed what her father Michael was like, saying he was a 'free-love, hippie-type dude' who told her…