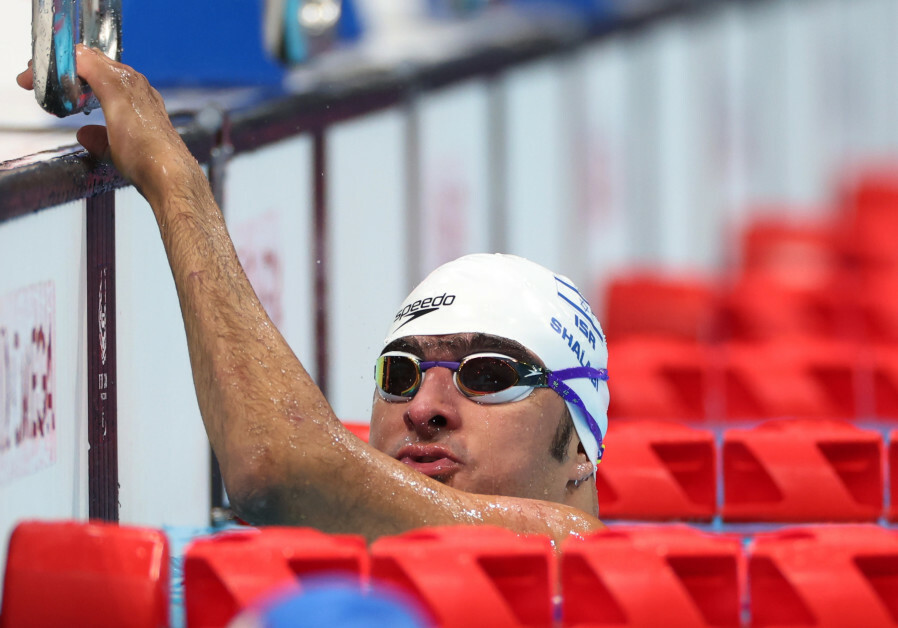 Before their achievements are consigned to the history books and yellowing newsprint, let’s reflect on the achievements of our Paralympian athletes, who this Sunday concluded their participation in the Tokyo Games with a haul of mostly Gold Medals that should make us all very proud.

Podium finishers or not, the delegation of 33 athletes achieved results of great note and deserve huge credit, not least of all for the first two individual medals ever won by an Arab-Israeli.

There is no doubt that many consider Paralympians less “sexy” than Olympians. Even in these progressive times, there are still some who view physical and/or mental impairments with sad sympathy and do not think that people with disabilities align well with what they consider sports is supposed to be about: fit minds in fit bodies, a phrase that should be consigned to the scrap heap.

It is said that athletes who return from an Olympic Games, certainly if they have a medal hanging around their neck, do so as heroes, but that Paralympians have achieved hero status even before they go to the Games.

Israelis won nine medals at the Tokyo Paralympics: six golds, two silvers and a bronze. That’s many more than in any Games since Seoul in 1988, after which there was a sharp decline in podium finishes. This is of particular note because none of Israel’s medalists were disabled as a result of military conflict. Those who were born with a disability, or became disabled in a civilian environment, are not afforded many of the benefits that the Defense Ministry offers those wounded in war.

Of those nine medals won by the Israelis in Tokyo, eight were in swimming by three different male competitors, Iyad Shalabi, Mark Maliar and Ami Dadaon, the latter two also setting new world records in some of their events. All three trained in the Ilan Israel Sports Center for the Disabled in Haifa under coach Yaakov Binenson. Rower Moran Samuel was the only female medalist this time, winning silver in one of her kayak events.

Shalabi, a Muslim from Shfaram, was born a deaf-mute and became a paraplegic at age 13 after suffering a fall. Shalabi is not only a hero in his own community, where we hope many others in the Arab sector will learn to take advantage of opportunities to further themselves through sports, certainly if they are disabled. He is also a hero throughout all of Israel. As we lamented in an editorial in July at the start of the Olympic Games, only two Arab Israelis have ever represented Israel in Olympic competition, and that is far too few for a country in which Arabs comprise 20% of the population.

In the early days of the Paralympics, which were inaugurated in Rome in 1960, Israel was a leader. It even hosted the 1968 Games in Tel Aviv, and has finished third in the medals table twice.

While it was once relatively easy for Israelis to excel on the disabled sporting stage, nations have wised up and now take the Paralympics very seriously. Competition has become tougher, and many countries have invested heavily in their disabled sportsmen and women. As a result, as in any field of competition, Israelis are watching as their opponents overtake them.

This Paralympics ended with China at the top of the medals table, followed by Great Britain, the US and the Russians since, unlike Israel, they understand the value of devoting resources to instilling national pride, portraying their sporting prowess abroad and helping sectors of their society that need extra assistance.

Finally, we note that the NII (Bituach Leumi), which declined to pay a stipend to Shalabi’s father, Yusuf, relented and gave him his dues for 2020 retroactively. Yusuf gave up his job to become his son’s caretaker and companion, including on travels to competitions abroad. Though the NII stuck to its archaic rules that determine a person who receives state benefits cannot travel frequently overseas, a loophole was found to affect the payments. But that’s not good enough, and those statutes must be reviewed so that Israel doesn’t lose more ground to rivals.