Papua New Guinea is heading to the polls on Monday and there are fears the vote could be more violent than the 2017 elections, in which more than 200 people died.

Violence has plagued the lead-up to the vote. Local media reports that through May and the campaign period, there have been 28 election-related deaths, several injuries, an assassination attempt on a possible candidate, the shooting of an election official and burning of five vehicles.

The election is being closely watched by regional players and more widely, including by Australia and China, after China’s foreign minister, Wang Yi, visited early in June to try to salvage an economic and security deal.

The two leading candidates for prime minister are incumbent James Marape and former leader Peter O’Neill. Marape, who leads the ruling Pangu pati, introduced a manifesto centred on “Taking back PNG and making it the richest black Christian nation” on Earth when he took office in 2019.

He has focused on more benefits for local residents in natural resource extraction, agriculture and small businesses. His predecessor, O’Neill, the leader of the Peoples National Congress party, has policies centring on health, education and providing 500,000 jobs if he is returned.

Catholic Professionals Society president Paul Harricknen said: “Violence is inevitable when the stakes are high. There is so much stress and tension.”

The 2012 and 2017 elections were plagued with election-related violence and the 2022 elections could be much worse, he said. Problems with updating election rolls dating back to 2012 were expected to add to tensions.

“This roll was not updated and the 2017 elections used it and the electoral commission did nothing since. A high number of young voters stand to miss out on voting in this elections,” Harricknen said.

“Given poor election administration to this point, we can expect the same levels of violence as seen in 2017,” Laveil said.

Institute of National Affairs director Paul Barker said many constituencies, including in the Highlands provinces, often remained peaceful during voting, with “some atmosphere of festivity or carnival”.

But he said “it does sometimes erupt into threats, intimidation and sometimes violence, particularly in some electorates, occasionally during the campaigning period, but more often as ballot boxes are escorted to the tally room, or during the counting and the results come in.”

The 2017 election was also the worst to date in terms of both electoral preparedness, as well as systematic and local manipulation of voting.

This election, the commission also seems to be ill-prepared, he said.

“Returning officers have also been appointed late, although one of their main functions is the update of the electoral roll, and seven new constituencies have been rather randomly added, which has added to the challenges. The prevalence of a large number of weapons out there is also severely problematic, and risks minor skirmishes getting out of hand.

“Nevertheless, there remains a strong eagerness to campaign and vote, so although a flawed democracy – PNG remains a vibrant democracy, which many other countries are not,” Barker said.

Assistant Commissioner of Police Dr Philip Mitna said his security forces “are prepared for the inevitable. We are not going into a war zone – we’d like for our people to own the process. It’s their democratic right to vote freely and partake in this process.”

Election campaigning in PNG has always been a very expensive exercise, with estimates of millions of the local currency, kinas, spent on campaign financing.

“When you consider the amount of money and resources spent and the expectations that go with it if the candidates don’t win, the sponsors and supporters behind the candidates – there is so much to lose,” Harricknen said.

“Nowadays, some candidates have driven the cost up for everyone, not only for blanket advertising, but also hosting feasts and in many cases bribing the electorate with cash and other rewards, which is illegal.”

Many voters have also lost touch with the function of an MP as a representative in parliament, examining proposed legislation and overseeing government performance, and instead expected them to deliver goods, jobs, funeral expenses and college fees.

AAP
Morrison called to explain secret cabinet
The prime minister has received legal advice on whether Scott Morrison breached the constitution by swearing himself into ministerial portfolios. 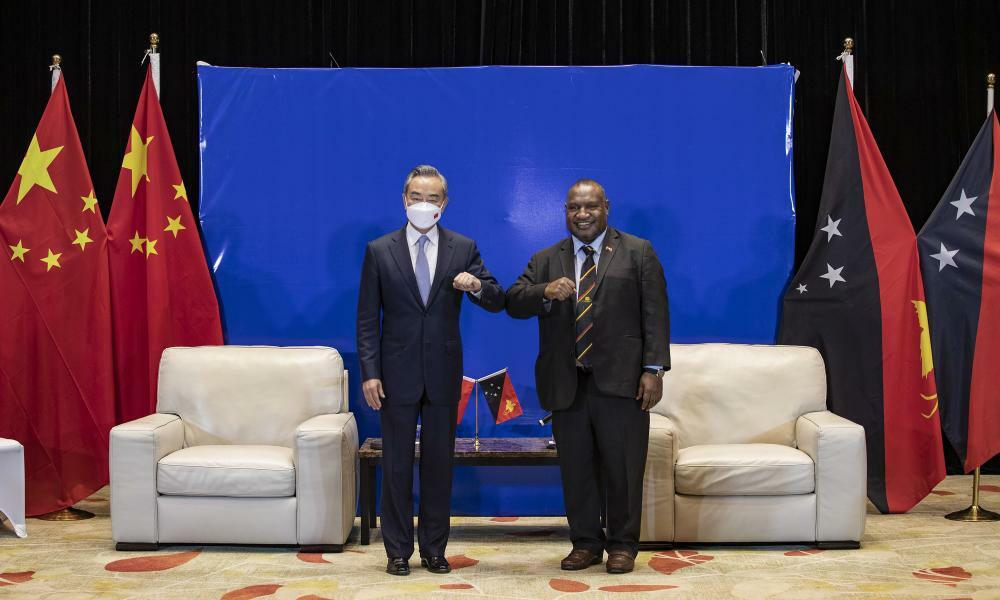 Papua New Guinea election: what’s at stake?
The results will impact not only domestic policy but also the wider Pacific and geopolitical landscape

The Guardian - AU
One subscription that gives you access to news from hundreds of sites
Papua New Guinea's national election starts now. Here's what you need to know

Huge political rallies have been held across the country and the voting will take place over the next three weeks,…

AAP
Morrison called to explain secret cabinet
The prime minister has received legal advice on whether Scott Morrison breached the constitution by swearing himself into ministerial portfolios.
Our picks