Panthers produce another clinical display as Azzurri bounce back in a big way: NPLW NNSW

The Warners Bay juggernaut continued with another ruthless performance in pushing aside top-four hopefuls Maitland 6-1 at Cooks Square Park on Sunday as Charlestown Azzurri rebounded in a big way against New Lambton in NPLW Northern NSW round 13.

The Panthers, who routed fourth-placed Charlestown 10-1 in round 12, produced two devastating periods against fifth-placed Magpies, who have slipped four points adrift of the top four, to set up the win and improve to 31 points atop the competition standings.

Those periods came midway through both halves. The league's leading scorer Adriana Konjarski opened the scoring with a curling free kick from around 25 metres out in the 19th minute then two minutes later Cassidy Davis drove the ball from the top of the 18-yard box into the top left corner for a 2-0 lead at the break.

Konjarski and Davis combined to set up Tara Andrews in the 62nd minute for the first of three Panthers goals in as many minutes. Davis scored with a volley from in front in the 63rd then Konjarski in a one-on-one situation with Maitland goalkeeper Imogene Tomasone in the 64th after neat combination play with Andrews.

Davis made it 6-0, and completed an impressive hat-trick, with a spectacular shot from outside the box in the 73rd before Maddy Howard, in her first game for Maitland, scored in the 79th.

The win kept Warners Bay three points clear of second-placed Broadmeadow, who beat Mid Coast 3-0 at Magic Park on Saturday but have played one less game than the Panthers.

Charlestown coach Niko Papaspiropoulos demanded a positive response after their worst-ever loss and that is what he got in a resounding 13-0 win over last-placed New Lambton at Lisle Carr Oval on Sunday.

"The message to the girls was regardless of the scoreline, we wanted a reaction and a response from them in how they approached the game and how they played, what do they bring to the pitch today," Papaspiropoulos said post-match.

"It was about the mentality more than anything else. Can we show a positive reaction? Can we respond in the correct way, and if we do that's the standard we need to set ourselves for everything we do moving forward, and it's fair to say they did."

The win moved Azzurri to 23 points, one behind third-placed Newcastle Olympic (24), who continued their midseason revival with a sixth straight win by beating Adamstown 3-1 at Lake Macquarie Regional Football Facility on Saturday night.

The game was locked at 1-1 at the break after Tori Johnson opened the scoring for Olympic then Josie Morley equalised. Alesha Clifford gave Olympic a 2-1 advantage in the 47th then Sophie McDondald sealed the win in the 81st minute.

Rosebud were reduced to 10 players in the 74th minute when centre-back Tara Cousins was red-carded for two yellow card offences. 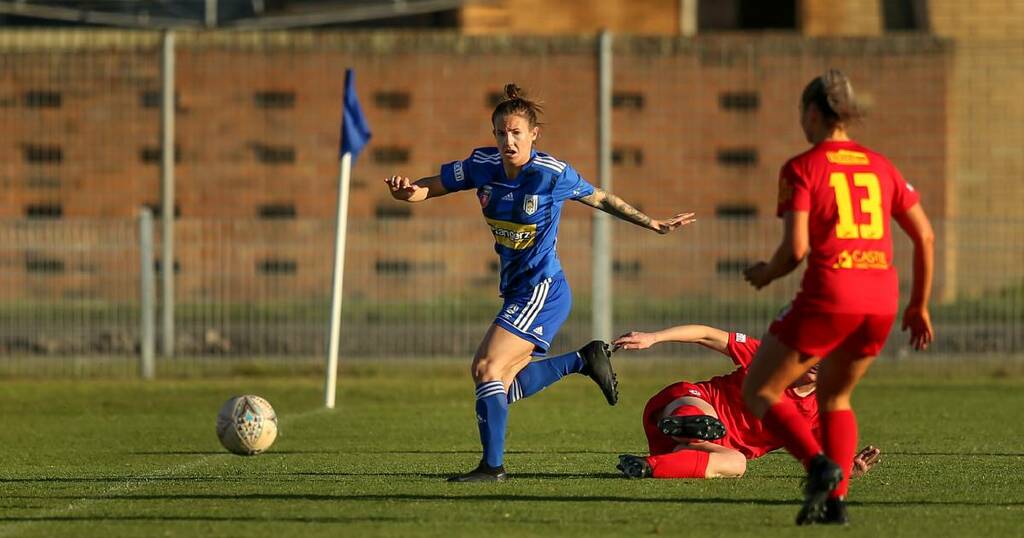 Adamstown keen to move on against Olympic after another player departure: NPLW NNSW
Maddy Howard has also joined Maitland.

Newcastle Herald
From analysis to the latest developments in health, read the most diverse news in one place.
Quick plays: Your wrap of weekend sport in Newcastle and the Hunter

The Panthers were unstoppable at home.