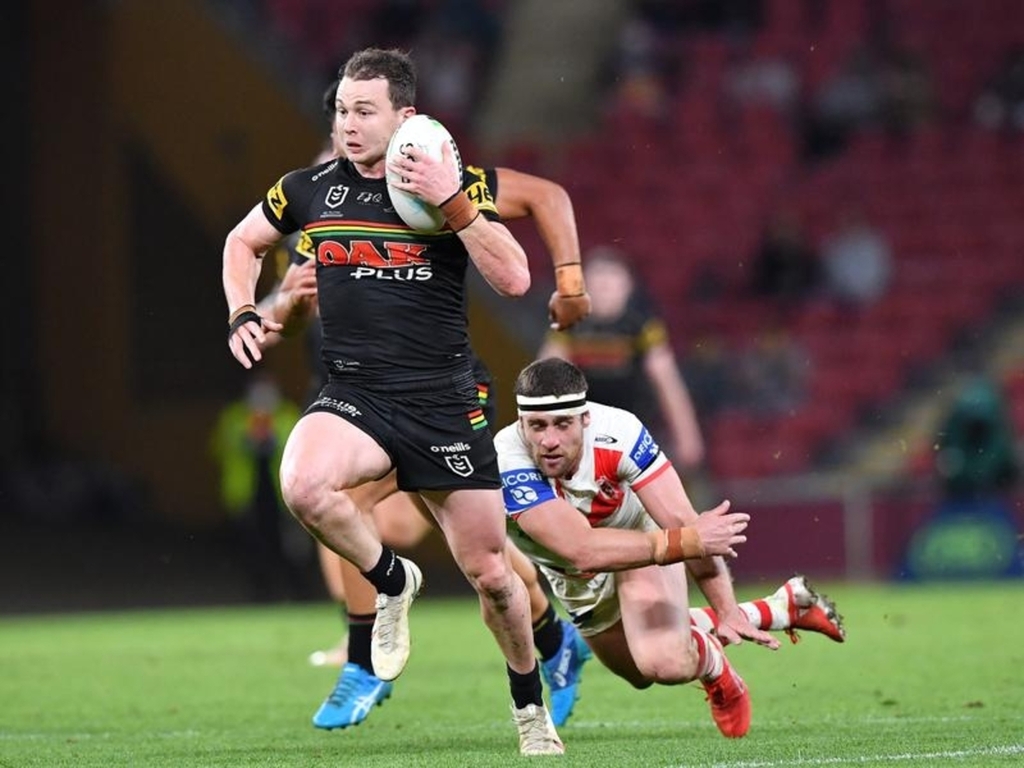 Penrith have copped an injury blow on the eve of Saturday's NRL qualifying final with star fullback Dylan Edwards ruled out with a minor foot complaint.

Charlie Staines will come into the team on the wing with Stephen Crichton to replace the 25-year-old Edwards against South Sydney in Townsville.

It's a setback for Edwards who has battled a foot injury this season which kept him out for two games in the middle of the year.

A hand injury also forced him to miss three games early in 2021 with Crichton filling in at the back for all five games, including a 56-12 win over Souths.

However, it means both sides will go into the qualifying final without their first-choice fullbacks with the Rabbitohs also without suspended star Latrell Mitchell.

Staines has played 20 games for the Panthers this season but hasn't been picked in the best 17 since round 21.