From their lonely habits during the pandemic, Australians have returned to organised sport and group fitness.

But in some cases, it hasn't been in the same numbers as before.

People have had to adapt their exercise habits during the pandemic after lockdowns left a trail of sporting postponements and cancellations.

But even as the country re-emerges, sports officials are realising the changes felt in the past two years won't be quick to reverse.

Glen Turner, health and wellbeing lead at parkrun Australia and New Zealand, said people have changed their approach to exercise over the past two years.

"People are really in tune with what's going on in their community, and they are a lot more cautious than they would have been previously."

Before the pandemic, some 60,000 Australians would attend parkrun each Saturday morning. Today, that number is closer to 40,000.

"Our numbers each week are gradually increasing and I think people's confidence in re-entering the community as they would have done previously, is increasing," Turner said.

"But it's going to be a long long process."

A new era in sport

The trend has been felt across much of the sporting landscape according to professor in sport participation at Victorian University, Rochelle Eime.

"There's still a lot lower numbers across the board, and particularly in the winter sports, even locally, my boys' footy, there's quite a few clubs that don't have teams they've had in the past."

According to Professor Eime, Australians are finding it hard — or are unwilling — to break the more individual habits developed during lockdowns.

"People have changed to 'okay why can't I just do yoga at home or online?'"

It has found national sporting participation actually increased during the pandemic, but that it was driven by increasing interest in solo endeavours like walking, cycling and swimming that formed part of many Australians' lockdown routines.

Ausplay figures for 2022 — the first winter season largely untroubled by COVID — are yet to be released.

Based on preliminary participation figures provided to the ABC, Football Australia and the AFL experienced essentially no overall growth in participants between 2019 and 2022, despite the AFL's boom in the women's game.

"COVID has given sport the opportunity to take a step back and consider its core values a bit and what it's there for, and it should be about individuals connecting with others through competition and having fun because that's why they play."

The pandemic might have created step change, but reviewing Ausplay data from the previous two decades shows little growth in team sports, as individual endeavours like running and cycling boom.

The recent uplift for golf and tennis reverses a decades-long decline.

Chief tennis officer at Tennis Australia, Tom Larner, said his sport has benefited during the pandemic from being played outdoors with natural physical distancing.

His organisation is focused on making more court bookings available online and growing kids programs to ensure the growth continues.

"We recognise it’s an ongoing challenge to get kids involved and keep them engaged and enjoying the sport."

Golf Australia, too, is working to maintain its growth.

Almost one half of golfing participants, according to internal research, never even step foot on a course, instead frequenting mini-golf or the driving range.

This group is also younger and skews more female than its playing population.

While the number of finishers at parkrun events may be down this year compared to 2019, the organisation has found volunteers have been quicker to return.

COVID-safe practices mean more people are required to be on hand and scan barcodes.

But Turner believes the increase in volunteers also shows the strong bonds of those regularly involved with parkrun.

"If we think back to the research that we did during the pandemic, seven out of 10 people said 'the reason I'm coming back to parkrun was I felt disconnected from society because of social restrictions'."

Compared to other sporting organisations, parkrun has no sporting infrastructure to maintain, and its volunteer-led events attract little cost.

"If we've got 15 people coming along to a parkrun, and they're all happier and healthier than they were without parkrun, then that's a massive impact on that community," he said.

"It's really about parkrun as an event being there for everybody when they need it, and if that takes time, it's absolutely fine." 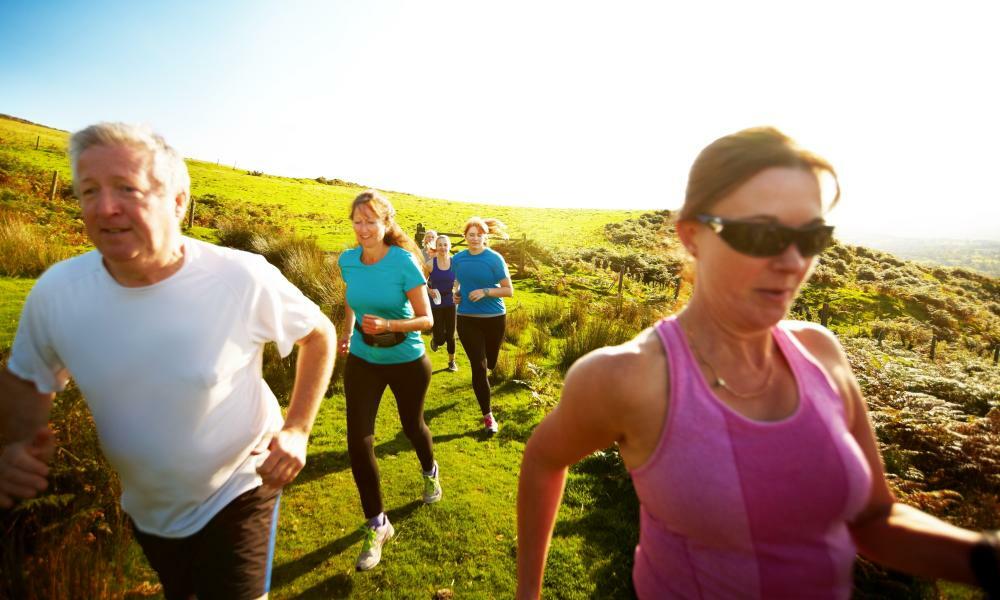 Not in the script: doctors turn to parkrun and social activities to treat chronic conditions
Australian GPs are increasingly referring patients to non-medical activities and community events – known as ‘social prescribing’ – to help…