Pandas developed a sixth digit on their front paws six million years ago to help them grip, manoeuvre and eat bamboo, scientists have found.

The black and white animals have five real fingers, but also a large, thumb-like protrusion which is actually an enlarged wrist bone.

However, the de-facto thumb allows the animals to keep hold of bamboo, their only food source, and move it around in their large paws.

Pandas are technically a bear, but they survive on a diet made exclusively of bamboo, a nutrient-poor grass that grows in abundance in their native habitat in China.

To maintain their sizable bulk, pandas spend the vast majority of their waking hours chowing down on the hardy plant.

But at some point in the historical evolution of the panda, it ate an omnivorous diet of meat and berries, did not snack on bamboo and had no specialised wrist bone.

Previously, experts thought the change to a solely bamboo diet occurred about 100,000 years ago. However, new analysis from researchers in the US and China showed a panda ancestor, the Ailurarctos, that lived six million years ago also had a similar thumb-like stump.

The ancient panda’s thumb was actually longer and straighter than its modern descendent, the experts found, which indicates that the current size is the optimum length and shape.

It allows the animal to gorge itself on bamboo, but it is also compact enough to allow them to walk on the paws unimpeded.

Dr Denise Su, the study’s co-author from Arizona State University, said: “Five to six million years should be enough time for the panda to develop longer false thumbs. But it seems that the evolutionary pressure of needing to travel and bear its weight kept the ‘thumb’ short and strong enough to be useful without being big enough to get in the way.”

Dr Xiaoming Wang, the study’s co-author from the Natural History Museum of Los Angeles County, added: “Evolving from a carnivorous ancestor and becoming a pure bamboo-feeder, pandas must overcome many obstacles.

“An opposable ‘thumb’ from a wrist bone may be the most amazing development against these hurdles.” 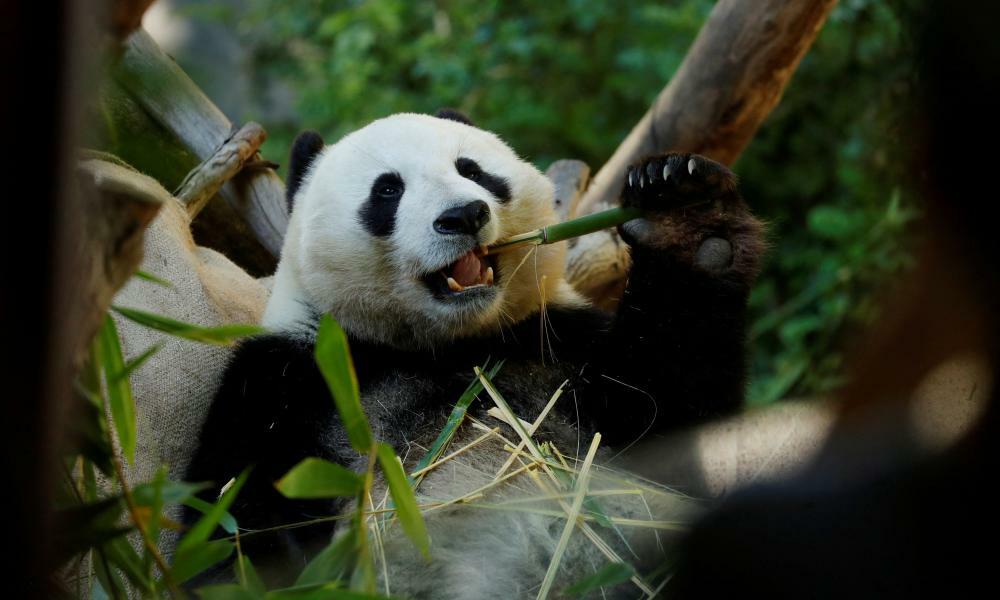 The Guardian - UK
One subscription that gives you access to news from hundreds of sites
For Pandas, It’s Been Two ‘Thumbs’ up for Millions of Years

Fossils unearthed in China are helping scientists get a better grasp on one of the marvels of evolution: the giant…