Five friends have joined forced to complete a mammoth challenge in memory of a father and son who died by suicide within days of each other.

In January 2020, the community in High Spen, Gateshead, was united in shock and horror after 'one in a million' 27-year-old Jack Mitchell died by suicide, after a long struggle with mental health issues. Ten days later his father, Wayne Mitchell, 62, also took his own life, devastated by the loss of his son.

Now, in the year Jack should have turned 30, a group of his friends are attempting to complete 30 impressive challenges, from long-distance runs to cold water dips, to raise money for mental health charity MIND in memory of the much-loved pair.

Daniel Webb, 29, met Jack when they were both youngsters at High Spen Primary School, and remained good friends with him up until his death. Along with pals Luke Walker, Dylan Walker, James Kendall and Tim Knox, several of whom also knew Jack from primary school, he's already raised over £17,000 to help others facing mental health struggles.

Daniel said: "Every time there’s an anniversary for Jack we go to the woods where he took his life. At first, I was a bit unsure of how I would feel going there knowing what happened, but it’s been a really nice way to connect with him, and know that it was the place where his pain ended.

"There is now even a bench so that his mam and others can sit and reflect in the area...Last year when we were there we decided we really needed to do something special for Jack and that’s where the idea was born, Jack deserved to get his name out there and that’s what we want to do.

“We’ll all be turning 30 in the same year, so we felt like it was the perfect reason to come up with our ‘thirty before 30’ challenge.”

The team, who have been joined on some challenges by many of Jack and Wayne's other friends, family members and locals from High Spen, where both men were popular and well-known, believe their philanthropic efforts are the perfect tribute to the kind and generous pair.

Daniel said: "Jack was one of the nicest people you could meet, he was just the life and soul of the party and this is just the sort of thing that Jack would have been doing. He often did stuff for charity, he travelled all around the world and he had friends all over the world, he left his mark everywhere he went."

Fellow fundraiser Dylan said: “Jack and Wayne were the type of people who would do anything for anyone. And It feels good to follow in their footsteps by doing this challenge and raising money for this special cause.

"Mental health can affect anyone, anywhere at any time and this fundraising will help provide the much-needed support for people like Wayne and Jack who unfortunately suffered with [their] mental health. They were the strongest of the lot and this year's going to be dedicated to that.”

Team member Tim added: "I wish I had known Jack and Wayne for as long as my team members had, however in the years I was lucky enough to call them close friends I quickly came to realise they were the kindest and most sincere duo with only one intention, to brighten people’s lives. The wake of their passing is still felt now, and as incredible as the memories are, we want to make sure other families don't have to suffer this same grief.”

This Sunday, the team will take part in the Great Manchester Run half marathon, before tackling the three peaks hiking challenge on June 4 and the Blaydon Race on June 9.

Their last event, set to take place on Jack’s birthday, October 29, will be the Wig's Place 10K, an annual run organised by a local micropub where Jack's mam Julia works.

As well as raising money, the team also hope to raise awareness of the potentially deadly impact of mental health problems, encouraging people to open up to friends and family and seek help.

Electrician Daniel said: "Jack was one of my good friends and I didn't know half of how bad it was for him. It was a massive shock for everyone, and for his dad who had suffered from mental health problems in the past it was just too much.

"It's strange but it's taken something like this to happen for me to get a lot closer with my friends, as well as to Jack's family, to talk to them more about what's going on. It shouldn't take something like that but we never really thought about mental health, but know someone like Jack, who was the life and soul of the party, someone who you would never think this could happen to, that made us realise it's time to do something about this."

Donations are being collected for MIND in Jack and Wayne's memory at www.justgiving.com/team/TTB30 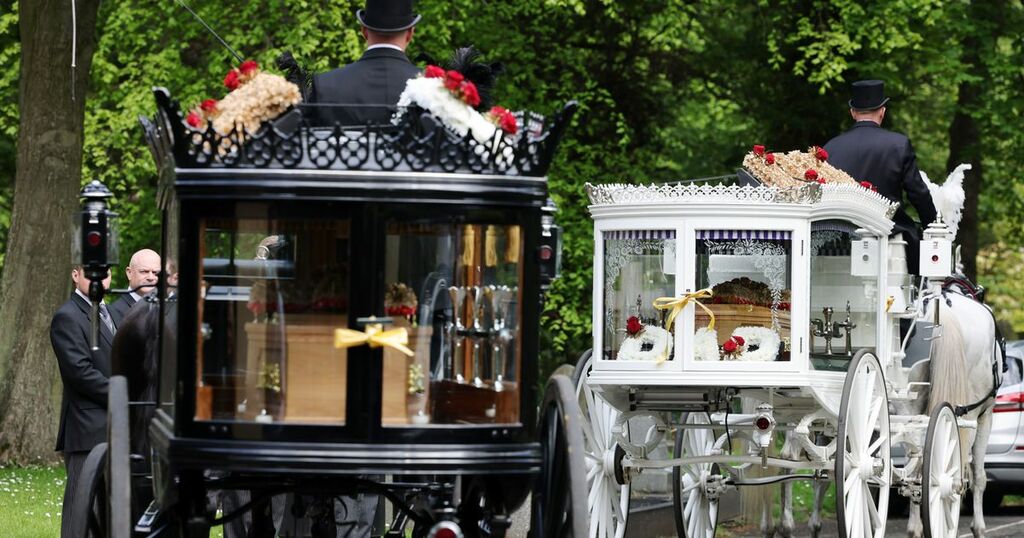 Paul Harris, of Whitley Bay, has organised an Ultra Special 50km event as well as races for children to be…

Dr Stuart Murray, whose stepson Martyn Hett was killed in the bombing five years ago, recalled screaming in his car…