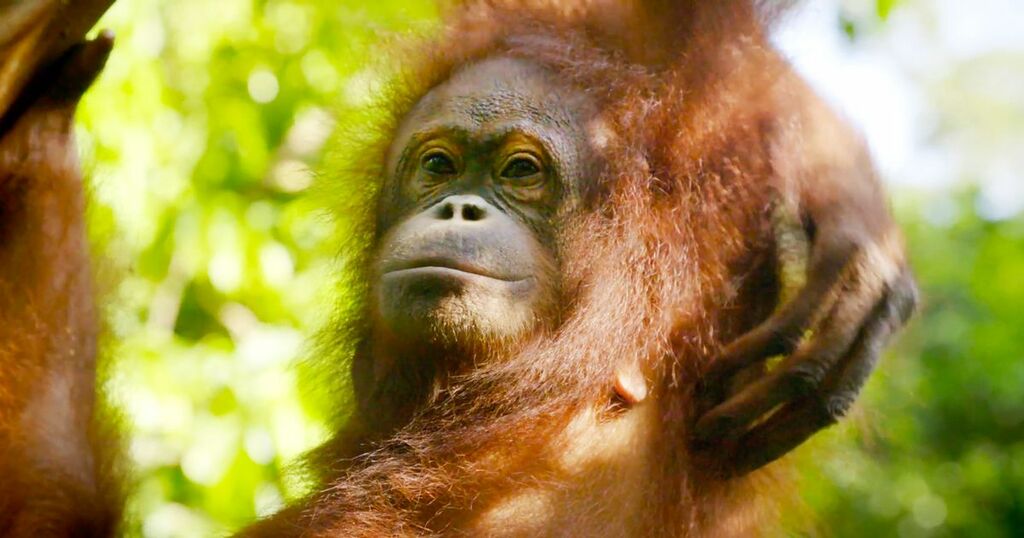 A British scientist fighting to protect orangutans has found some unlikely new allies – the producers of planet-threatening palm oil.

A number of palm oil plantation owners are now helping to look after female apes in Borneo.

Ten of the creatures – including five mums – were found on plantations but away from the main forests.

Dr Felicity Oram – whose efforts have been hailed by actress Dame Judi Dench – is working with growers and farmers in an innovative project to protect them.

The conservationist said: “When you consider only about 750 orangutans remain in this area and the numbers are still declining, the discovery of these reproducing females is amazing and gives real hope for the future.

"One key reason this is so fantastic is, while we haven’t yet done genetics as this is such a new discovery, it is likely these females represent additional genetic diversity important to the long-term health of the wild orangutan population overall.”

Of her new partners, she added: “This is an opportunity not to be missed. Man must not be the steward of everything.”

Palm oil is used in an array of household goods from biscuits to make-up.

Its production is blamed for deforestation and threatening other species, including elephant and rhino.

Dr Oram is working with a business consortium called Pongo Alliance and groups committed to conservation.

She added: “Our work is only possible by collaboration with plantation staff many might think of as the so-called enemy. Some have been truly visionary.

“One estate manager told me: ‘My 10-year old daughter is a militant conservationist and she inspires me to do everything I can for the environment’. Her generation will inherit.”

Dr Oram’s work is run in conjunction with the Stability Of Altered Forest Ecosystems Project – a long-term study decoding how the rainforest works and its effect on climate change.

Project director Dr Glen Reynolds said: “Patches of forest within plantations form stepping stones and corridors along which animals can move and, over time, plants disperse. Our findings show there is fresh hope, not only for survival of the rainforest, but also the biodiversity it supports from microbes in soil to the iconic orangutan and trees themselves.”

One company pledging to help is Sime Darby Plantation, Malaysia’s largest producer of sustainable palm oil, which has already seen orangutans returning after major reforestation. The firm has a base in Liverpool.

Head of conservation and biodiversity, Siti Norralakmam Yahya, said: “We are looking to lead the way at which areas need to be rehabilitated and are introducing plants which are endangered, rare and threatened which will become the gene pool for the next generation.”

Dame Judi, 84, met Dr Oram – and apes at an orangutan orphanage – on a trip to Borneo in 2019 for a documentary highlighting threats to rainforests.

Dr Oram added: “Wild orangutans are the super mums of the world. We must do everything to protect these truly wild animals. They are irreplaceable.”