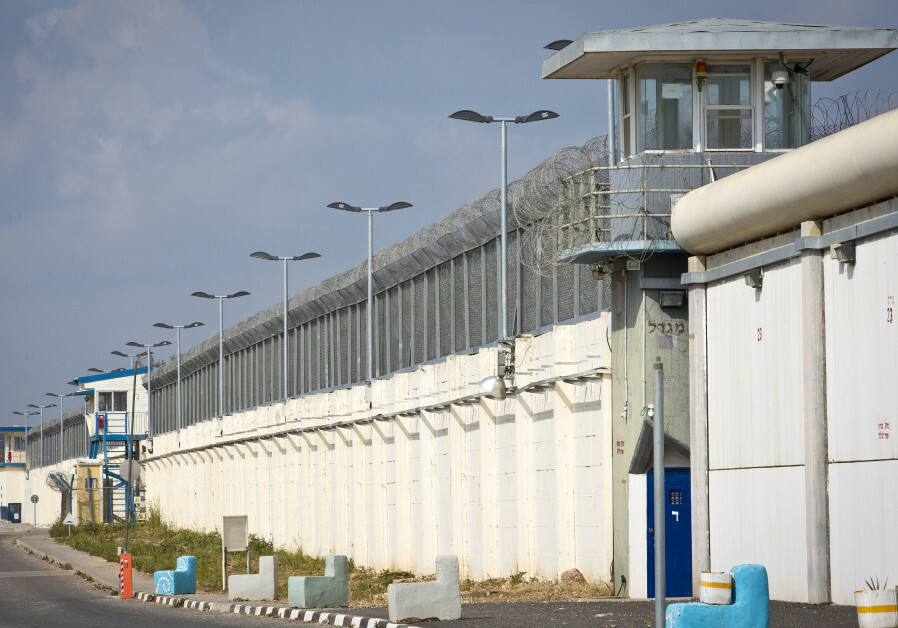 Hundreds of Palestinian security prisoners are scheduled to begin a hunger strike on Friday in protest of restrictions and “repressive measures” imposed on them by Israel Prison Service, following the escape of six inmates from Gilboa Prison.

The open-ended hunger strike is likely to increase tensions in the West Bank, Gaza Strip and east Jerusalem, as thousands of Palestinians continued to demonstrate on Tuesday in solidarity with the prisoners.

Palestinian officials said that they appealed to Egypt, the US and other parties to pressure Israel to refrain from worsening the conditions of the prisoners. The officials warned that the Palestinian street was “on the verge of explosion” because of Israeli measures against the prisoners.

Qadri Abu Bakr, head of the Palestinian Prisoners Affairs Commission, said that the first phase of the hunger strike would include 1,380 prisoners.

“The prisoners and detainees have decided to go on a hunger strike to improve their conditions,” Abu Bakr said in an interview with the Palestinian news agency Ma’an.

He said that imprisoned leaders of various Palestinian factions – including Marwan Barghouti and Karim Younis, who are each serving life sentences for their role in anti-Israel terrorist activities – will join the first stage of the hunger strike.

Barghouti, a senior official in the ruling Fatah faction, was convicted in 2004 of five counts of murder and another count of attempted murder. He was sentenced to five cumulative life sentences for the murders and an additional 40 years.

Younis, an Arab Israeli from Wadi Ara, was convicted for the murder of IDF soldier Avraham Brumberg in 1981. He was sentenced to life in prison, but had his term reduced to 40 years. In 2017, Younis was appointed to Fatah’s Central Committee, which is headed by Palestinian Authority President Mahmoud Abbas.

Women, minors, the elderly and the sick who are in prison will be excluded from the hunger strike, Abu Bakr said, pointing out that more prisoners are expected to join the hunger strike next Tuesday.

“The prisoners’ demands in the upcoming strike aim to restore the situation to what it was before the recent punitive measures,” he explained, referring to the prison authority’s measures in the aftermath of the escape. The measures include, among other things, relocating Palestinian Islamic Jihad inmates to other prisons.

The prisoners have added new demands, such as removing the glass separating them from visitors, and allowing families from the Gaza Strip to visit their jailed sons in Israel, the Palestinian official said.

In the first phase of the strike, the inmates will refuse food. Next week, they will also refuse water, according to Abu Bakr, who said that Israel must choose one of two options: to comply with the demands, or release all the prisoners.

The commission head as well as other Palestinian officials and activists claimed that the four escaped prisoners who were recaptured by the police last weekend have been physically assaulted and “tortured” while in detention.

On Monday night, social media activists claimed that one of the re-detained fugitives, Zakaria Zubeidi, has been transferred to an Israeli hospital after suffering a major health setback. Israeli sources denied the claim. Zubeidi, a former commander of Fatah’s Aqsa Martyrs Brigades, was awaiting trial for his role in terrorist activities when he escaped from prison. The other five inmates belong to Palestinian Islamic Jihad.

The rumors about Zubeidi’s alleged hospitalization triggered protests in his hometown of Jenin and other parts of the West Bank, where thousands of Palestinians chanted slogans denouncing Israel and calling for the release of all prisoners.

Thousands of Palestinians held rallies on Tuesday in several West Bank cities, including Ramallah, in support of the security prisoners.

During the Ramallah event, Talal Dweikat, spokesperson for the PA security forces, warned Israel against harming the security prisoners. He said that the six inmates who escaped from Gilboa Prison “taught the occupation lessons in defiance.”

Dweikat urged Palestinians to participate in sit-in strikes and marches in support of the prisoners’ hunger strike.

Qadoura Fares, head of the Palestinian Prisoners Club, also called for holding widespread demonstrations in the coming days in solidarity with the prisoners, and to protest Israel’s “repressive crackdown” on the inmates.