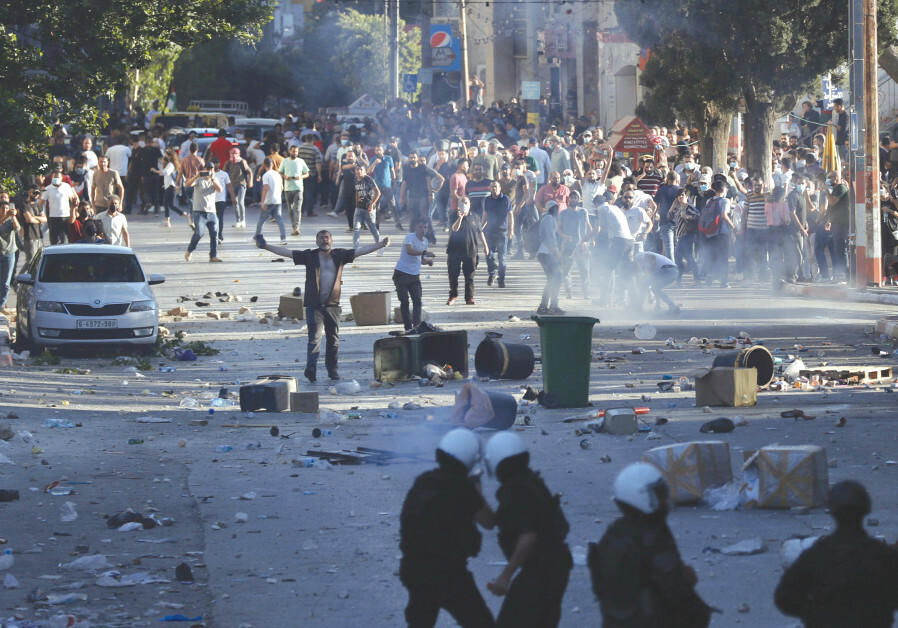 The Palestinian Authority is continuing its crackdown on political activists and rivals in the West Bank, notwithstanding protests by Palestinian and international human rights organizations, Palestinians said on Wednesday.

The clampdown, which has targeted dozens of Palestinians over the past few weeks, is emboldening Hamas, the PA’s main rivals, and threatening to undermine security and stability in the West Bank, according to the Palestinians.

Hamas sources said the crackdown was one of the fruits of the ongoing security coordination between the PA and Israel.

The PA security measures increased after the Israel-Hamas war in May and the killing of anti-corruption activist Nizar Banat a month later.

Banat, 44, was beaten to death by Palestinian security officers who arrested him in Hebron. Fourteen officers who participated in the arrest of Banat are currently facing trial before a Palestinian military court in Ramallah.

Earlier this month, Palestinian security officers raided several homes belonging to Banat’s family in Hebron and arrested one of his cousins, Hassan Banat, a key witness in the case of the slain anti-corruption activist. Hassan Banat was arrested hours before the opening of the trial of the 14 officers. He was released after eight days.

After the 11-day war, thousands of Palestinians took to the streets in several West Bank cities and villages to “celebrate” the Hamas “victory.” Dozens of Palestinians who participated in the demonstrations have since been arrested or questioned by the PA security forces.

Last month, at least 52 Palestinians were arrested by PA security forces in various parts of the West Bank, the Palestinian Committee for Political Detainees revealed. Another 62 Palestinians were summoned for interrogation, the committee, which documents human rights violations by the PA, said.

Last week, Palestinian security officers arrested activist Amir Shtayyeh while he was walking with his two-year-old son in Nablus. The boy, who was left alone, was reportedly escorted home by passersby. It was not clear whether Shtayyeh has been formally charged.

Palestinian human rights activist Walid Abdullah said that most of the Palestinian arrested or interrogated by the PA security forces were accused of being affiliated with Hamas, Palestinian Islamic Jihad, Hizb ut-Tahrir and the PLO’s Popular Front for the Liberation of Palestine (PFLP).

At least seven Palestinians were summoned for interrogation in the past few weeks on suspicion of “insulting” Palestinian leaders on social media, another human rights advocate said.

According to the committee, which represents families of Palestinians held in PA prisons, four detainees are currently on hunger strike in protest of their incarceration.

The committee said that the PA security forces have also resumed their crackdown on university students, especially those affiliated with Hamas, in various campuses throughout the West Bank.

In the past four weeks, the committee noted, 51 university students were arrested or interrogated by various branches of the PA security forces over their activities.

Most of the arrests and interrogations took place in Nablus and Hebron, the committee added.

Last week, a video posted on social media showed several Palestinian policemen beating a Palestinian man in the village of Idna, west of Hebron. The incident sparked a wave of protests among Palestinians, who accused the PA of stepping up its “repressive” measures against political activists and other Palestinians.

Several Palestinians who received summons to report for interrogation at the offices of the PA’s General Intelligence Service and Preventive Security Force announced that they do not intend to comply with the order. The Palestinians posted copies of the orders they received from the two security agencies and said that they will not report for interrogation.

“This phenomenon has grown in recent months,” said political activist Adnan Khader. “We are beginning to see more and more people openly challenge the Palestinian security forces. Many people are no longer afraid.”

Last week, a Palestinian court in Ramallah postponed the trial of 17 activists who were arrested during widespread protests against the killing of Banat, the outspoken critic of the PA.

The activists are accused of participating in illegal gatherings, fomenting sectarian strife and bad-mouthing Palestinian leaders.

“The postponement of the trial shows that the PA judiciary is not serious,” the Ramallah-based Lawyers for Justice group said in a statement. “Such measures disrupt the process of justice and obstruct the emergence of the truth.”