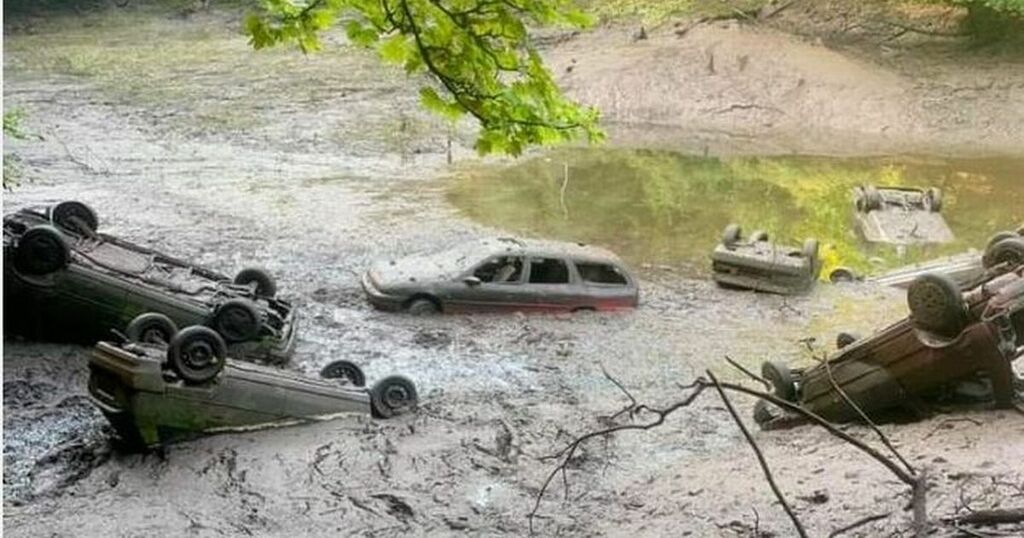 A Paisley beauty spot has been described as 'absolutely stinking' and full of dumped cars.

Glenburn Reservoir, known locally as the Linn Reservoir, is a popular walking place in Gleniffer Braes Country Park but has become a no-go zone for locals.

Due to the low levels of water, a number of dumped cars have been exposed.

A joint operation between Police Scotland and Scottish Water saw specialist police divers examine cars dumped in the reservoir back in 2018.

Police frogmen checked out at least five abandoned cars at the Scottish Water-owned site in a bid to identify them, reports the Paisley Daily Express.

Workers had been draining the site as part of a “routine maintenance” operation when local residents reported spotting the overturned vehicles that had been submerged.

It is understood nothing of interest was found at the site by police at that time.

Locals have raised complaints about the site.

Councillor Stephen Burns said constituents had been in touch with him about the issue so he went along to take a look for himself.

He said: “I’ve been in touch with Scottish Water to see if they have any plans to remove the cars. There are about eight in total.

“There’s hardly any water in there and it’s absolutely stinking. I don’t think the cars are new, I think they’ve been there for a few years.

“People are wanting something done about it.”

Councillor Burns, who represents the Paisley Southwest ward, said the reservoir was on a popular walking route in the braes.

“It’s away past the nearest car park,” he said. “It wouldn’t be easy to get a car there, you’d need to drive right into the park.

“I don’t know what the background is to these cars or how they got in there.”

A Scottish Water spokesperson said: “We are aware of this issue at Linn Reservoir, one of our non-operational reservoirs, where we have currently lowered the water level to carry out some routine maintenance.

“A risk assessment was carried out back in 2018 to determine if any action should be taken.

“It was deemed safer to leave the vehicles where they are and the situation will continue to be monitored.

“The water level will return to normal on completion of our maintenance work at the site in around three weeks.”

The spokesperson reminded residents the reservoir is non-operational and not used for drinking water. And for safety reasons, people should not swim in any Scottish Water reservoirs.