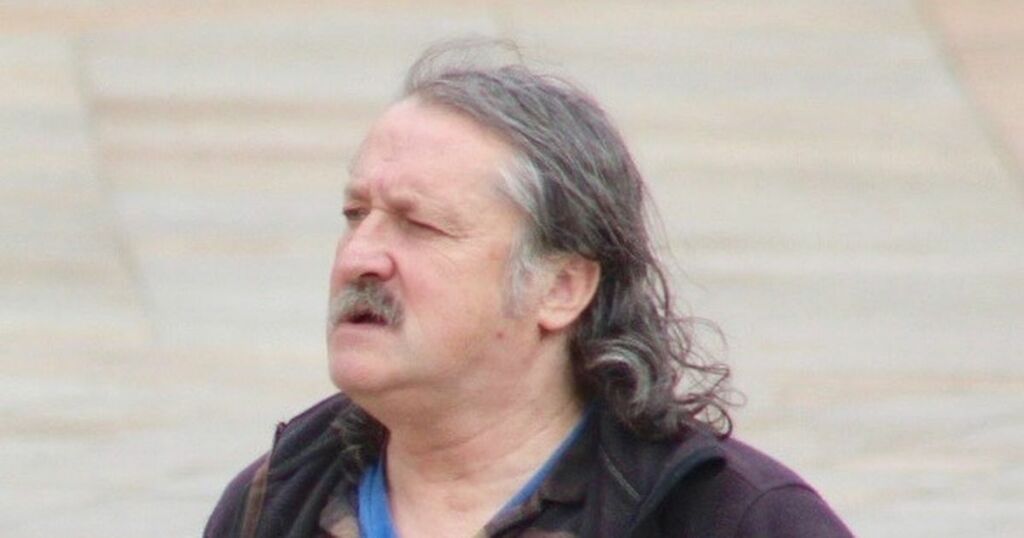 A grandad confronted by paedophile hunters on Facebook Live said only death would cure his sexual interest in children.

Alan Cherry, 64, formerly of Akenside Court, Bootle, keeps getting caught trying to talk to underage girls on the internet.

The former window cleaner has twice been convicted of sexual offences and last year was jailed for eight months.

But after yet more sick online chats this summer, he was confronted outside his new home at Holley Court, Rainhill.

He said: "I have a problem, there is no cure for me. The only way I can be cured is if I'm not alive."

Cherry was first caught having sex chats with an undercover police officer, who he believed to be a 13-year-old girl, in 2017.

When his home was raided, a stash of indecent images - including children as young as three - was discovered.

He was handed a three-year community order, so he could attend a sex offenders treatment programme, in 2018.

However, in October 2019 he was back online, using Kik Messenger to send photos of his penis to a decoy profile of a girl aged 14, created by paedophile hunters.

Cherry was jailed for eight months and hit with a new five-year Sexual Harm Prevention Order (SHPO) in March 2020.

In July this year, a member of the group "Shatter the Silence" created a fake profile of a girl called Isla on the dating app Tagged.

Jamie Baxter, prosecuting, said the profile said Isla was 25, but when Cherry contacted her on July 27, she said she was actually 13.

Cherry, who said he was 64, asked if she had seen boys' "willies" or her dad's penis and what size her breasts were.

Mr Baxter said Cherry also asked whether she did "naughty stuff" with boys and would like to see their "willies", and when she said "no", told her she should.

Cherry also asked her to show him her "private bits" on camera and to see her breasts, before saying he would perform a sex act.

Another member of Shatter the Silence created a second decoy profile, Darcy, who Cherry started talking to on August 1.

She said she was 12 but he asked her about "willies", whether she knew where they went and whether she had seen her mum naked.

After streaming his confession on Facebook Live they called the police, who arrested and interviewed Cherry.

Mr Baxter said: "He said he tried to stop but couldn't help himself."

The court heard Cherry's sex offender manager also visited him, when he admitted talking to someone who told him they were 13.

Jonathan Keane, defending, said his client had been "open and very honest" with the Probation Service in a pre-sentence report.

He said: "He's a lonely, isolated man and the report does note he hasn't had a partner for over 20 years."

Mr Keane said rather than seeking help for his problems, Cherry had engaged in this behaviour, but he had since told him he was "sorry" and "how disgusted he is by his actions".

Recorder Heather Williams, QC, said she was not going to read out the messages Cherry sent to two people he thought were girls aged 12 and 13.

However, the judge said they were "overtly sexual messages that were wholly inappropriate" and if they had been received by a girl of that age, "it could have been extremely damaging for her".

Recorder Williams told Cherry that when he was confronted by the paedophile hunters "you were frank about your interests in young girls, but regrettably appeared to see no reason to change your behaviour".

She said: "In your police interview again you were at least frank about what you had done, but you said that you couldn't stop if you tried."

The judge quoted the author of the pre-sentence report, who said: "Though he is fully aware of the devastating effect on children who are subject to sexual abuse, he continues to commit offences in order to satisfy his own sexual pleasure."

She said he would now have to sign on the Sex Offenders Register and comply with a Sexual Harm Prevention Order for life.

The judge said: "It is because you have essentially said you will continue to behave in this way unless there is some impediment put in your path to stop it."