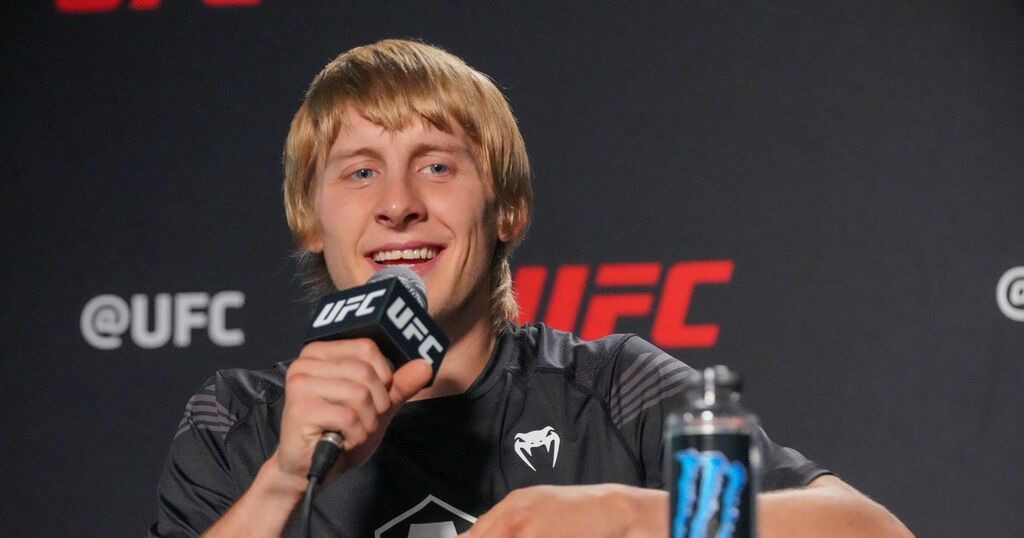 Paddy Pimblett has given his response to Julian Erosa's calls for a rematch in UFC, following a superb debut victory in Las Vegas.

'Paddy the Baddy' excelled in his victory over Luigi Vendramini, on a superb night for British MMA as Molly McCann and Tom Aspinall both secured wins.

All eyes are now on who Pimblett will face in his next bout and there has been some clamour to see him go toe-to-toe with a familiar face.

Back in November 2016, the Liverpudlian was victorious against Erosa in a featherweight title bout via a unanimous decision in his first defence of the belt.

However, some felt that the home judges favoured the Brit and Erosa is keen to have a rematch in UFC.

“Yeah, people have been posting about that. I could see myself fighting him again. but I’m at featherweight and I can make the weight fine. He said he didn’t really cut much weight to get to 155," he told MMA Fighting.

"He looked pretty sucked up, and I remember on an interview he said he was gonna run through the 155 and 145 divisions, and I’m like, ‘If he decides to go to 145 I’ll be waiting for him.’ If they offer me the fight fight at 155 I’ll fight him, but featherweight is where I’m at.”

Now, Paddy has given his response to those comments and is happy to take the fight - but wants Arosa to come to his level.