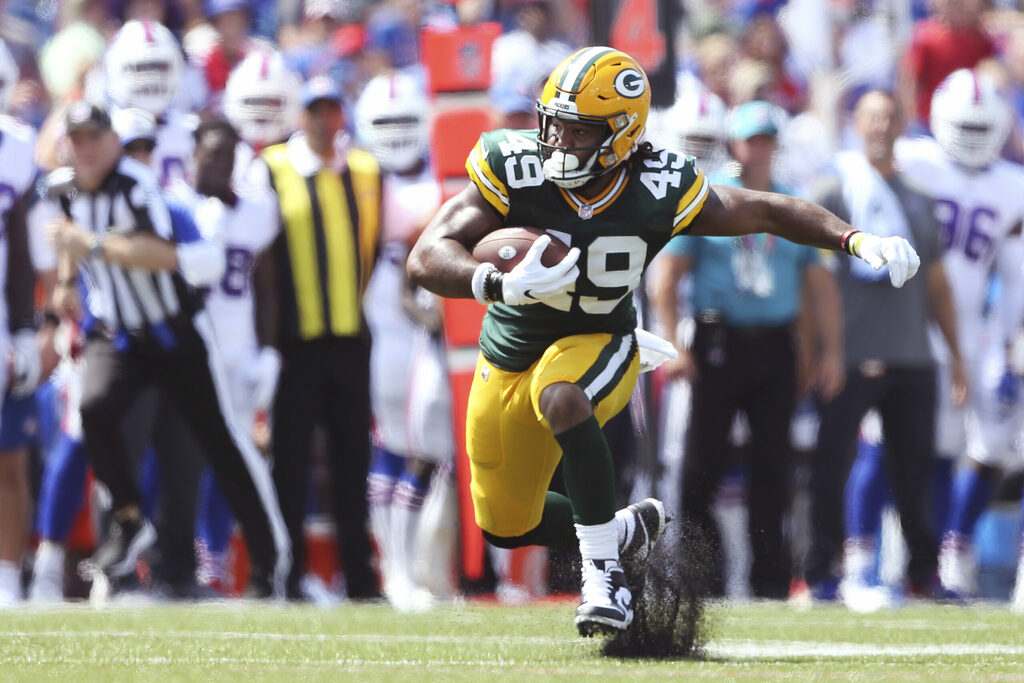 The Green Bay Packers could get back versatile tight end Dominique Dafney as early as this week against the Chicago Bears.

The Packers officially designated Dafney for return from injured reserve, and he practiced with the team on Wednesday.

Dafney, a backup tight end, was placed on injured reserve ahead of Week 3 with a hip injury. He missed games against the San Francisco 49ers, Pittsburgh Steelers and Cincinnati Bengals, making him eligible to return.

Dafney played 48 snaps on offense and 22 more on special teams during the first two weeks. Athletic and versatile, he is an ideal player to handle the H-back roles ingrained into Matt LaFleur’s offense.

The Packers have a full roster after signing receiver Equanimeous St. Brown from the practice squad, meaning a roster move would be required to activate Dafney to the 53-man roster.

Last season, Dafney caught his first career touchdown pass against the Bears in Chicago. The Packers are returning to Soldier Field on Sunday.

The one big question regarding his return: How will the Packers use Dafney and Josiah Deguara? They both occupy similar roles. Dafney was solid the first two weeks, but Deguara has struggled in 2021 after missing most of his rookie season with an ACL injury.