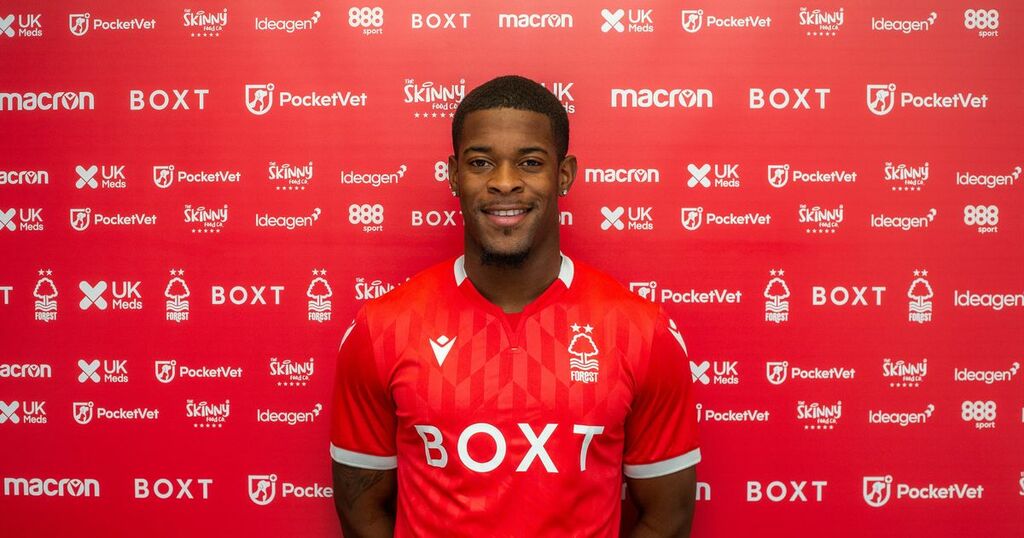 Nottingham Forest were active during the summer transfer window, bringing in 11 new signings.

While some newcomers like Manchester United’s midfielder James Garner, Arsenal’s defender Jordi Osei-Tutu and Watford’s winger Philip Zinckernagel may be familiar names to many, others may come as much of an unknown quantity.

This may be the case for Alexandre Silva, mostly known as Xande.

The Portuguese forward who joined on a two-year contract for an undisclosed fee has already enjoyed a spell in England, representing Premier League side West Ham for three seasons.

Silva started his youth career in Lisbon at Alverca and Belenenses before moving to Sporting Lisbon’s academy at the age of 13, where he spent five years making a name for himself as promising, rising star.

Tiago Capaz spent 15 years at Sporting as he coached many youth talents in the likes of Nani, Rafael Leao, Eric Dier, Daniel Podence, amongst others.

The now former coach, spoke exclusively to Nottinghamshire Live to offer a fascinating insight into the 24-year-old after he joined the former European champions.

“Us [coaches] at the time, would do something called ‘long-term process developing’, so our focus and main aim was to develop our players and their characteristics, so we would use the team, the training sessions and the games to develop them better.

“The aim was for players to reach the professional level, and Alexandre matched the group of players that we had high expectations for.”

Capaz recalled his first impressions when the then 13-year-old, first stepped foot into the club.

“I had the happiness to work with his youth rank, the under-14s for a few years, and Alexandre in the group of 97, as he was born in 1997, he stood out by two characteristics: his speed and the explosion of it, he also had the technical side of things.

“He was able to deliver great speed and would do things [on the pitch] very suddenly and with efficacy, this gave him a good advantage.

“We’re talking about Sporting’s academy that always had quality talents come through, but he still stood out with those individual characteristics. In that group, he always played up front with great quality, he played either as a winger or as a forward and this was his start as an academy player with me.”

Raised in a family full of sporting history, Silva’s father, Quinzinho was a footballer and former FC Porto striker during 1995-2001.

Capaz revealed that the Portuguese was very switched on for his age at the time, having a perception of the footballing world.

“Xande bought that from home. He had learnt with his family what football was and how he should behave, which definitely gave him an insight of the whole process as a [football] player.

“He had that knowledge of how the dynamic of the dressing room and the football clubs work.”

Although Silva’s talents did not go unnoticed since early days, the youngster remained humble throughout his journey to his breakthrough as a professional footballer.

Capaz explained: “Alongside those individual characteristics that stood him out, he was a very well-mannered boy who was always focused and eager to learn. He would listen to what the coaches had to say and implement that to become a better player.

“He was very disciplined, but he was probably the biggest prankster of them all. He was always involved in the fun, he would prank his colleagues, tell them jokes but I was always there watching him; I was very strict.

“Although they were free to mess around at that age, there would come a time where I would naturally have to intervene, and he was probably left with his ‘ears burning’ from my telling offs but that was all part of it - that was how Alexandre was.”

Sporting develop their youth players by taking the time to work with them individually as well as within their youth teams.

“We didn’t have a training process that was the same to everyone,” Capaz explained. “We had a lot of players, and the end goal was to develop them individually.

“We had a one-on-one intervention with every single one of them, but it was never the case of treating one, one way and the other another way. But what we understood was, if this player had this characteristic and we have this expectation of them, that’s how we intervened, to better their abilities."

Silva’s former coach recalls that at the time that the youngster faced some difficulties in the defensive part of hids game.

The Porto-born forward later opted for an alternative route as he left Sporting at 17 to move back up north, joining Guimaraes for four seasons.

Silva made his senior debut for Guimaraes in the 0-0 home draw against Portuguese giants, Benfica in 2015.

His first European stint came in 2018 when he moved to West Ham at the age of 21. Albeit opportunities did not present themselves for him in the first team, the Portuguese was integrated to the under-23s where he made 11 appearances, before being loaned out on a season-long loan to Greek outfit Aris last term.

Capaz details the loan spell at Aris as a positive step in his career, aiding the 24-year-old’s move to Forest.

“When a player is loaned out to a club is always positive because it’s for the player to value himself, to get further game time, to develop.

“I think Alexandre took that opportunity of being a loanee and being more utilised as a player, because at West Ham he was in the under-23s and at Aris he was competing in the first team, so I believe he took advantage of that situation which ended up working in his favour as he signed for Forest.”

While many players may struggle to adapt to the competitiveness and physical demands of both the Premier League and the Championship, Silva’s former coach thinks otherwise, following his previous spell at the Hammers.

“[Previously] being in England, gives him the advantage of getting to know the country, the culture and that is very important when you go to a foreign country so that will help his recent arrival at Forest.

“I think him previously joining West Ham may have been the reasoning behind that, moving to England to a football club that values many of his characteristics.

“Nowadays, when a player moves to a club, there are other factors that have an influence in their move, so I hope he stays at Forest for many years, because I think it’s a good club and is a club that is adapted to his characteristics, so I believe he will be successful.

“Forest is a good club, in a very competitive league that is the Championship and I think that he will further grow and develop his capabilities, and at only 24 years old - he still has the world to give.”

Capaz described coaching the many talents that are now competing at different leagues in a higher level across the world, as a ‘very rewarding job.’

“It is clearly a very rewarding job, although I have left Sporting six years ago in 2015, I’ve been in China for three years coaching the under-16s national team and now my last project was the last two years in the Mozambique national team as an assistant coach, but even today, I feel a reward from the work that I did [at Sporting], because when a player who I coached, reaches a certain professional level, reaches a certain performance, signs for a bigger club, manages to win a trophy, for me it’s like winning a competition.

“Our aim in the academy wasn’t to win competitions, our aim was to form and develop players so they would reach a certain level and that only happens after many years so even today, I still feel it being very rewarding for the job I did years ago.”

Silva has recently reencountered his former academy colleague, Tobias Figueiredo after he also came through the Lions’ youth ranks in his 12-year connection with the Lisbon side.

“Tobias was also my player,” he happily reminisced.

“I believe that will facilitate [Silva’s] integrating process at the club. He knows Tobias, even though he is three years younger than him, they’ve known each other from Sporting’s academy because when Alexandre started, Tobias was already my player.

“Although they weren’t in the same group at the academy, we offered the younger players contact with the older players, so I think that will help him. And also, Joao Carvalho who though wasn’t my player, as he was at Benfica’s academy, but was my opponent, will definitely help his adaptation.

“Tobias has been in England for a few years now, I recall him being an introvert boy, his parents were immigrants in Germany and he was a very quiet boy, didn’t speak much but had a great physical completion. He was, as we usually say described as an ‘animal’, he was very strong physically so that gave him an advantage.

“The other thing that helped him as well was the central duo of that age, it was him and Eric Dier that is at Spurs and in the England international team, they played together during the whole academy process, since they were 11 years old until reaching Sporting’s first team. And that facilitates the process, having good players alongside you, helps a lot.”

The former Mozambique assistant coach is confident that Silva will live up to expectations and beyond, in a club that is a ‘step forward in his career.’

“He made the most out of his season long loan spell at Aris to value himself and was able to secure his contract at Forest, I believe it’s a really good outcome and a step forward in his career.

“It will be very demanding, competitive but I’m confident he will be prepared to face this challenge and I will be cheering him on, hoping it goes well for him, that he has a good season, and that Forest secures promotion.

“That for me, someone who is his and Tobias’ former coach, would be like winning another trophy.”