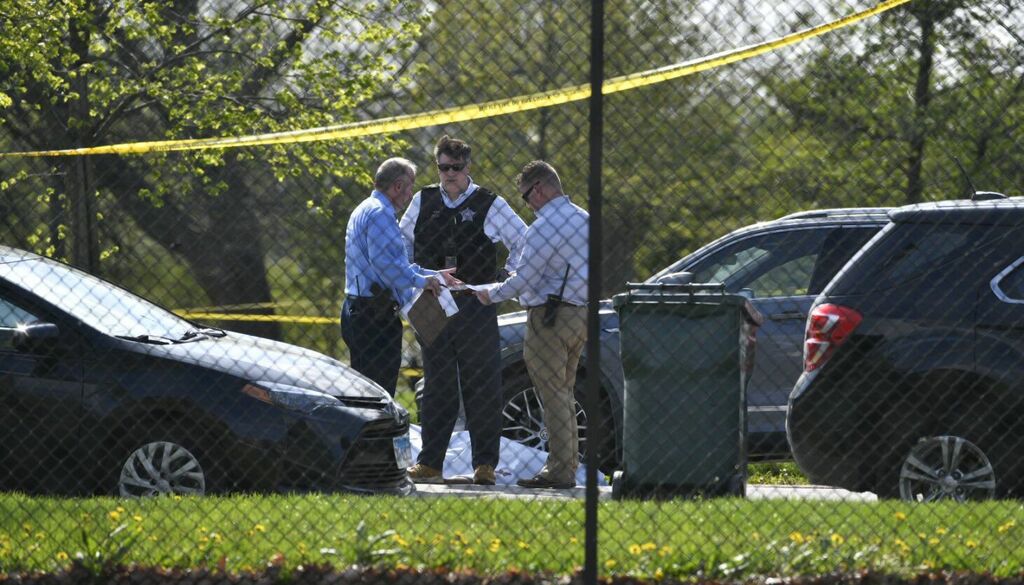 In an era of polarization, candidates posing with guns and using extreme language about opponents threatens more violence

The Guardian - US
One subscription that gives you access to news from hundreds of sites
Will Bunch: In wagering on Doug Mastriano, Josh Shapiro plays a dangerous game for Pennsylvania
There's no way he could win, an unqualified buffoon who veers between hate speech and gobbledygook. The polls are irrelevant,…

The probe by Homeland Security Investigations and the Chicago Police Department, dubbed “Operation American Hustle,” spanned over a year and…

Pa. man who shot up a Democratic Committee office after Trump’s loss will spend 3 years in prison

PHILADELPHIA — An Eagleville man was sentenced to just over three years in federal prison Thursday on charges brought after he drunkenly fired shots into Montgomery County Democratic Committee headquarters last year in protest of what he believed was the stolen 2020 presidential election.

In court Thursday, Nero wept and apologized for his behavior as he was sentenced to 37 months in federal prison for cyberstalking and harassment.

Federal prosecutors, led by Assistant United States Attorney Josh A. Davison, opted not to pursue gun charges against Nero, saying the violent, threatening messages he sent the local Democratic Committee before carrying out the shooting were more appropriate to pursue at the federal level.

On the conservative message board Parler, Davison said, Nero raged about the election’s outcome. In posts sometimes punctuated by racial and ethnic slurs, the prosecutor said, Nero urged violence against Biden’s supporters, and called for the assassination of Pennsylvania Democrats.

The threats were all too real, Davison said. After midnight on Jan. 20, 2021, Nero drove to Norristown with his .45 caliber handgun and fired three times into the Democrats’ vacant office.

Prosecutors said Nero acknowledged to them that he had drank a bottle of whiskey before setting out to fire the shots in Norristown.

Nero, standing before Marston on Thursday, blamed his actions on a years-long struggle with alcoholism, which he said strained his health and marriage, and a recent diagnosis of bipolar disorder.

Nero’s attorney, Timothy Woodward, urged Marston to recognize Nero as a “good man who had done a bad thing.”

“Clearly, this was a man who was suffering from a volatile mix of alcoholism and mental disorders,” he said. “The triggering event was Jan. 6 and the political discourse leading up to it, which lit the fire of what led to this incident.”

The judge was not swayed. She noted that the results of the shooting could have been far worse had the office been occupied when Nero shot into it, something she said he owed to little more than luck.

“He needs to make sure that today is rock bottom,” Marston said. “And this needs to be a wake up call for the defendant to change his life.”

Marston rejected the notion that Nero’s behavior was spurred by the Jan. 6 riots, given his online activity in the months before.

Nero telegraphed his attack on the Montgomery County Democrats a week in advance, prosecutors said, when he sent a message through the party website’s online contact form, calling its members traitors and saying they should beef up security because “random acts of violence are difficult to investigate.”

The message, signed “Silent Majority,” was what led law enforcement officials to Nero. While investigating his activity before the shooting, they discovered a video posted to Nero’s Facebook account in October 2020 in which he fired a handgun at a washing machine while saying “F— Joe Biden.”

On Parler, Nero spouted threats against Democratic officials, Black Lives Matter protesters and police officers, saying “those punks with badges bleed like everyone else.”

“I urge all cops and Fed agents to stand down or die like the rest,” Nero allegedly wrote in a post from Dec. 21, 2020 that federal prosecutors cited in court documents. “Either you’re with Americans or you’re not. If you’re not, just get out of the way. "

In other social media posts, prosecutors said Nero railed against Pennsylvania State Attorney General Josh Shapiro, saying it would “make his year” if Shapiro were killed and that it was “shameful” that Gov. Tom Wolf “still walks this Earth.”

Just days before the Capitol riots, Nero warned that he expected to see “lots of dead people coming this January.” He also made said it was time for Trump voters to “just start killing people indiscriminately.”

In an era of polarization, candidates posing with guns and using extreme language about opponents threatens more violence

The Guardian - US
One subscription that gives you access to news from hundreds of sites
Will Bunch: In wagering on Doug Mastriano, Josh Shapiro plays a dangerous game for Pennsylvania
There's no way he could win, an unqualified buffoon who veers between hate speech and gobbledygook. The polls are irrelevant,…

The probe by Homeland Security Investigations and the Chicago Police Department, dubbed “Operation American Hustle,” spanned over a year and…