Christopher Dore has been the editor-in-chief of the Australian since 2018, and has quite the pedigree in editing Rupert Murdoch’s Australian mastheads. Dorey, as staff call him, has edited the Daily Telegraph, the Courier-Mail and the Perth Sunday Times, as well as been deputy editor of the Sunday Telegraph and the Oz, where he started three decades ago as a copy kid.

Asked by the Judith Neilson Institute for Journalism and Ideas to be the first in a series of editors to “step back from the relentless news cycle to reflect on the bigger picture”, Dore chose to make his lecture on Thursday a get-square with critics of the Australian and News Corp.

He raged against Twitter and said that the “golden age of journalism” – the Australian was selling 22m copies each year – was being tarnished by activist journalists who had “an irrational and tireless obsession with tearing down News Corporation journalism”.

Dore turned to a Google search of his name to say he and the Oz had been described as a racist, an apologist for racists, misogynist, a climate denier and shameful, extraordinarily disrespectful and a national disgrace.

The “national disgrace” comment referred to a recent report in Guardian Australia which said several high-profile Indigenous journalists had condemned his newspaper’s coverage following the acquittal of Northern Territory police officer Zachary Rolfe in relation to the shooting death of 19-year-old Kumanjayi Walker.

Some journalists were so “vain self-obsessed, craving, indulgent, needy” that they were “undermining their profession” and they should stick to reporting and not give their opinion.

“Too many journalists are inserting themselves into their stories or worse still into other reporters’ stories,” Dore said. “Some reporters are chasing the cheap, wild and ready-made approval of the in-crowd instead of chasing the more elusive yarn.”

They were “clueless to the damage they are doing to their industry and their own reputation” and it makes him “cringe”.

Dore claimed there was a “cohort of senior influential journalists” who “prey on others actively, almost reflexively, mocking, ridiculing and immediately undermining the work of some quite courageous journalists who they believe do not conform”.

“Today so much journalism has been captured by fashionable causes, leaving any journalists not prepared to conform vulnerable to public shaming, outrageous bullying, belittling, and with breathtaking arrogance their work is routinely dismissed and ridiculed by other working journalists,” he said.

“It happens to some of our best every day, a pile-on almost always inspired by a journalist with a blue tick next to their name.”

A recording of the speech is available on the Judith Neilsen Institute’s website.

The Courier-Mail reported with a straight face on Friday that children at a private school in Brisbane were “identifying as animals”, “walking on all fours and cutting holes in their uniform for a ‘tail’”.

The opinion piece by associate editor Kylie Lang framed the behaviour as another example of a “woke sensibility” pervading society. Lang said dinner parties and school pick-ups were abuzz with the news and she was critical of the “elite” school for ignoring the issue because they don’t want to offend anyone.

“I’m told, by several unrelated sources, that a handful of students at the prestigious Brisbane Girls Grammar School simulate walking on all fours and lick their hands like paws,” Lang said.

“They’re called ‘furries’, and in this time of gender fluidity and woke sensibility, psychologists say it is a troubling and fraught phenomenon.”

It reminded us of a story about a school in Michigan at which students allegedly “identify as cats” and use school-provided litter boxes. Only the litter box claim was later debunked as an urban myth by the school, as reported by The New York Times in January.

So were claims about Brisbane Girls Grammar an urban myth?

Lang’s story attributes the claims to parents and a “school insider” to whom she had spoken.

Weekly Beast asked Brisbane Girls Grammar School about the article, and they said Lang had asked questions back in November and was told they were not aware of any “furries” at the school. Lang’s story includes the school’s denial.

Curiously, the story was not published until last Friday, four months after the school denied there were any cats or foxes enrolled.

“Brisbane Girls Grammar School was approached in November 2021 for a comment on students identifying as ‘furries’,” a spokesperson told Weekly Beast. “The school advised that it had not been made aware of any students who identify as ‘furries’.

“The school confirms that it remains unaware of any students who identify as ‘furries’.”

We understand Lang stands by her story and is adamant she has spoken to parents at the school who are aware of it.

The video that started the Michigan school hoax – a parent telling the school board she was aware of litter boxes in the unisex bathrooms for students who “identify as cats”, accompanies the Courier-Mail story. A quick Google would have revealed it was widely reported as bunkum.

The Lang story – and the video – was picked up by the Daily Mail and Rowan Dean’s Outsiders program on Sky News Australia. Dean, YouTuber Daisy Cousens and Daily Tele political editor James Morrow relished the development, with Dean saying “Cory [Bernardi] was right”. He didn’t expand but we read it as referring to the former senator’s comments in 2019 that legalising gay marriage may lead to “consensual sexual relations between humans and animals”. “Never underestimate how far the woke will go,” Dean said.

Morrow did at least suggest the students might be engaging in a “fantastic prank”.

But some readers loved it. The story had extraordinary engagement, with 3,200 comments on Facebook alone.

Back in 2019, Sydney Morning Herald columnist Peter FitzSimons delivered the Andrew Olle media lecture before it was cancelled in 2020 and 2021 due to Covid.

But this year, Weekly Beast can reveal, the annual media shindig returns with ABC chair Ita Buttrose, who was chosen to mark the national broadcaster’s 90th anniversary year.

The Olle lecture, usually held in November, has been brought forward to Friday 17 June to coincide with Aunty’s birthday celebrations.

“Andrew Olle was for many Australians the gold standard of broadcasting, a trusted and much-loved journalist whose programs and broadcasts were not to be missed,” Buttrose said.

“I was proud to call him a friend and I am honoured to deliver the lecture that not only carries his name but that also celebrates the journalism he stood by.”

ABC’s managing director, David Anderson, said Buttrose “has made a huge contribution to the evolution of media in this country and, as chair of the ABC, continues to provide unparalleled leadership”.

We’re willing to bet Buttrose uses the opportunity to defend the ABC, as she did in November when she accused the Morrison government of political interference and attempting to intimidate the public broadcaster, and the year before when she warned of an escalating campaign against the ABC.

Media managing, in all its Splendour

But even we were surprised by demands of the organisers of the Splendour in the Grass music festival, to be held in Byron in July.

Media accreditation to cover, review or photograph the festival will not be given unless media organisations write about the event beforehand.

“We hope you will feature Splendour news on your site / in your publication / on air and across your social media,” the accreditation application said.

“While we unfortunately cannot provide event access to every media outlet that runs a Splendour story, we can assure you that outlets which have not supported the event with any pre-show editorial will not be considered for media accreditation.”

Oh, and successful media will have to donate $20 to the company’s charity.

The Gold Coast Bulletin published an opinion piece about cyclists this week that was picked up by other News Corp titles, including the Daily Telegraph.

“Left or right, pro or anti-vax, there is one thing we can all agree on: hating cyclists,” the piece said.

“It’s just too easy. Who can support predominantly middle-aged men in Lycra who take up too much room on our already clogged roads and then stain cafe seats with their sweaty bums as they sun themselves with a post-ride latte? Yuck.

“And I say this as someone who is married to a pedalphile”, said the piece, before going on to decry recent incidents of violence and saying “Let’s stop making cyclists hate a thing.”

We asked the Bulletin editor, Ryan Keen, if he thought the headline was appropriate.

“The opinion column is a defence of cyclists,” Keen said.

“I suggest the keyboard warriors on Twitter make the effort to read the article.” 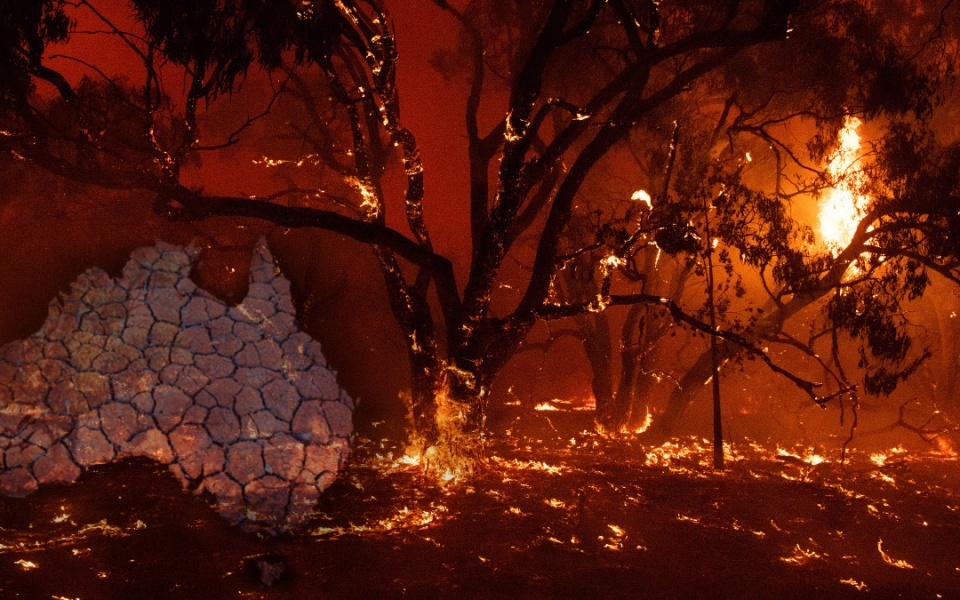 Is News Corp following through on its climate change backflip? My analysis suggests not
Several months ago, Australia’s Murdoch media news outlets launched a new climate change campaign. Can a leopard change its spots?…

The New Daily
From analysis to the latest developments in health, read the most diverse news in one place.
The Loop: Ash Barty retires, Hillsong founder steps down, survey shows one in six uni students harassed and schoolkids welcome Ukrainian refugee

ABC News
Labor says the Coalition has a plan to expand the cashless debit card to age pensioners. Is there any evidence?

From humble beginnings, a campaign driven by Labor MPs has grown, implying the Coalition has a plan to expand the…

The Guardian - AU
Labor denies bullying reports after death of Kimberly Kitching; NZ to drop vaccine mandate – as it happened

Wednesday: Invading troops are now inside the besieged Ukraine city of Mariupol. Plus: Australian cafe owners conflicted over passing rising…