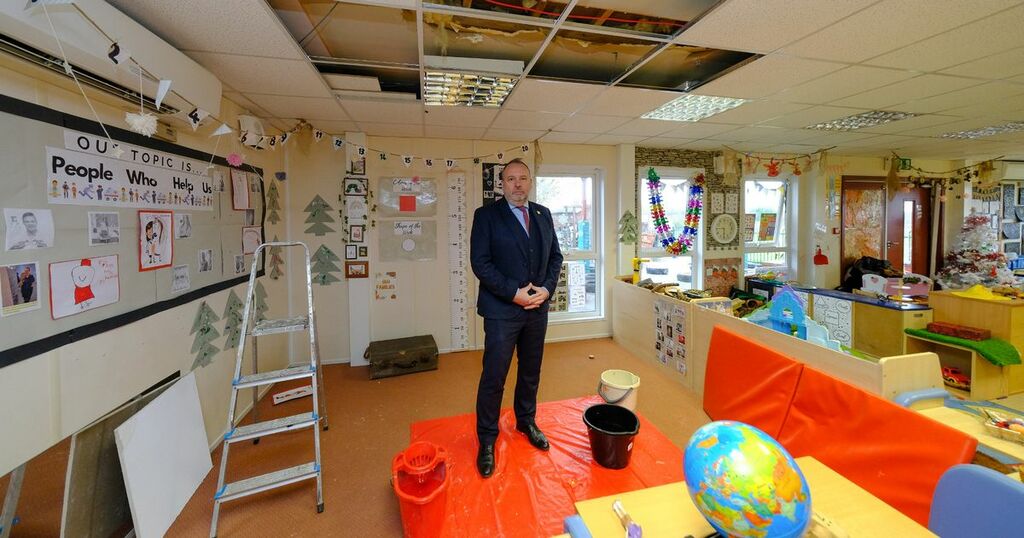 As empty political slogans go, “Levelling Up” must be among the emptiest ever created by masters of the art the Tories.

Today the Daily Mirror takes a detailed look at life in areas the Conservatives claim they now care about.

The picture is bleak, with little or no progress since Boris Johnson won an 80-seat majority at the 2019 General Election.

Over-promising and under-delivering is a hallmark of this Prime Minister.

The rundown school we highlight today, where heroic teachers and other staff struggle to keep going in crumbling buildings, is unfortunately not an exception.

Working people deserve better and the pupils deserve an education in fit-for-purpose facilities.

But in this country Government policies are levelling us down instead of up.

With an understaffed NHS on its knees, axing key staff because they are unvaccinated would be self-destructive.

The boss of one of London’s busiest hospitals warning as many as 10% of his workforce could need moving shows what happens when the tricky real world collides with Whitehall diktat.

Of course, those in the health service should be jabbed, to protect patients, colleagues and the public as well as themselves.

Yet the no jab, no job order could prove ruinous to the provision of healthcare.

Daily pre-work tests are expensive and burdensome but it would surely be better to use them than to lose the skills and expertise of people who, for whatever reason, have failed to get inoculated, or chosen not to.

The Duke of York’s ongoing legal troubles in the US civil courts cast a dark shadow over the Queen’s planned Platinum Jubilee celebrations in early June.

If Prince Andrew wants to make a positive contribution to the national occasion, he should bake his mum a cake to mark it.

It’d be no sweat.