Outlines Of Biden’s New Covid Strategy Emerge Prior To Speech 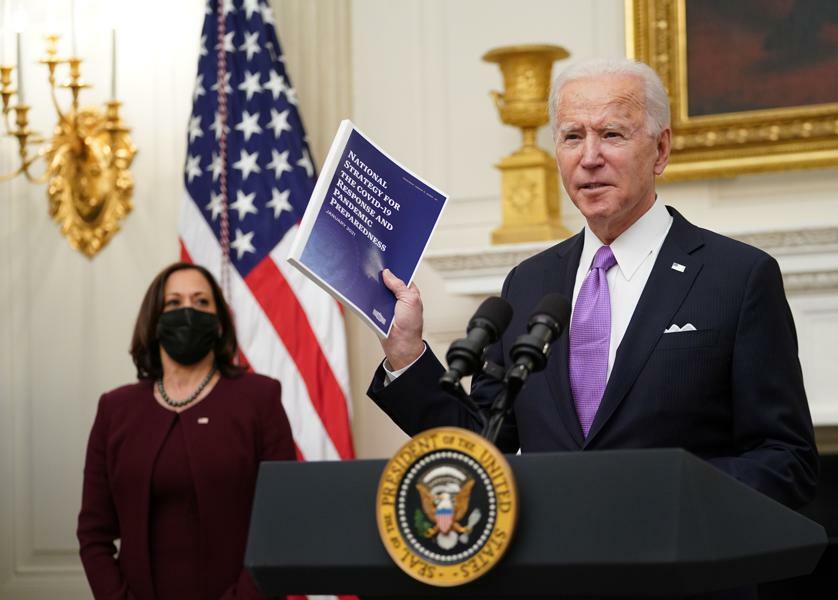 Information about President Joe Biden’s new battle plan to combat the Covid crisis began to surface prior to his scheduled speech today at 5 p.m. ET. He is expected to provide details on how he will address the surge in the Delta variant and help convince tens of millions of unvaccinated Americans to get their shots.

Biden faces several challenges at this point in the pandemic, including communicating a clear and compelling message, conveying a sense of urgency that motivates people to act, dispelling misinformation about Covid and demonstrating a level of leadership that can help reverse his sagging poll numbers.

Forbes reported the Biden administration will require all companies with 100 or more employees to ensure their workers are vaccinated or tested weekly.

“The emergency order from the Occupational Safety and Health Administration will impact 80 million workers and require unvaccinated workers to be tested at least once a week, according to a White House fact sheet reviewed by Forbes.

“Businesses that don’t comply with the order could face ‘substantial fines’ up to nearly $14,000 per violation, an official told Forbes.”

Some form of mask mandates are expected to be part of Biden’s new plan, according to Fox News.

The Associated Press said Biden is “expected to outline plans to increase virus testing in schools, in an effort to keep them open safely, amid other measures to show that his administration is working to tackle the alarming rise in Covid-19 cases...”

The Post, citing an unnamed source, said Biden is expected to sign today an executive order requiring all federal workers — more than two million people — to be vaccinated. Federal contractors will also be required to get their shots, according to the Wall Street Journal.

The Washington Post reported that Biden “plans to call for a global summit, to be held during the U.N. General Assembly later this month, to respond to the coronavirus crisis and boost vaccine supply to the developing world.”

‘A Real Game Changer For Many Employers’

Steve Bell is a partner at the international law firm of Dorsey & Whitney in its labor and employment practice. He’s advised employers on how to handle vaccine issues/mandates with workers. Bell said today’s announcement by President Biden will be “a real game changer for many employers. Now that the federal government will be mandating vaccinations for federal employees and contractors, the impetus for other employers to mandate vaccinations for the workforce will increase exponentially.

“The fact that the largest employer in the U.S. (the federal government) is mandating vaccines will give comfort to private employers who have been hesitant to require vaccines. It may also set the standard for what a reasonable employer should be doing in the face of this continuing epidemic," Bell said.

Best Practices For Managing A Crisis

As I wrote in an earlier story, it s a sound crisis management best practice to change or modify as developments warrant the strategies, tactics and techniques that are used to address a crisis.

Biden unveiled a plan to fight Covid when he ran for president, and announced a $1.6 trillion strategic plan in January. In July, Biden encouraged states to pay people $100 if they got vaccinated.

Companies have changed their tactics as well throughout the pandemic. Some organizations decided to re-open their offices when the pandemic appeared to subside, then postponed re-opening because of the Delta variant. Other companies initially refused to implement mask and vaccine mandates, only to enforce them later because of the spike in Covid cases and deaths.