Outlander fans given unique opportunity to rub shoulders with stars 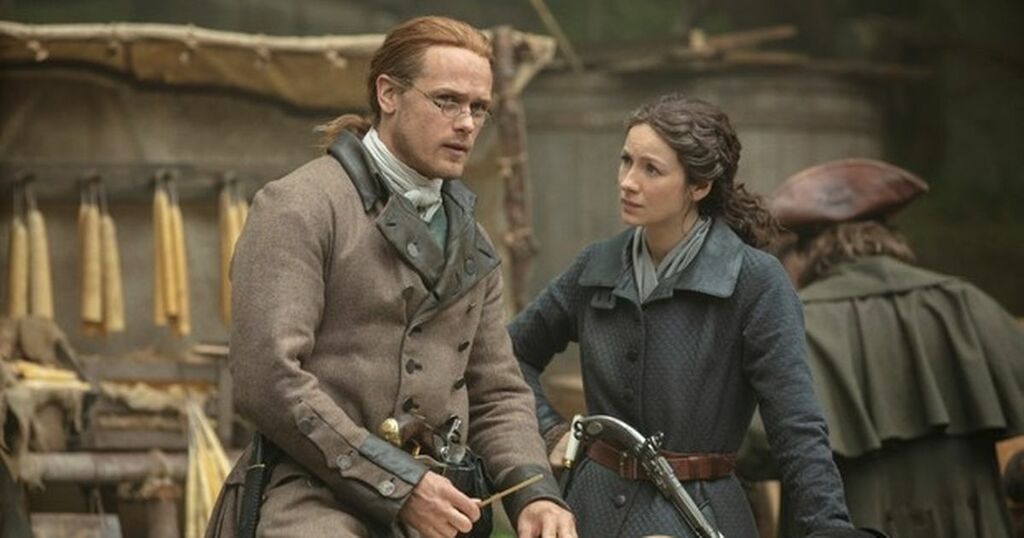 Hit time-travelling epic Outlander is offering fans a unique opportunity to embark on a new career path - and get up close and personal with its stars.

Screen Scotland and ScreenSkills have teamed up to offer 32 trainees a chance to learn a trade in various departments as part of the hit show's seventh series.

Based on the books of Diana Gabaldon, it tells the story of married former World War Two nurse, Claire, who visits Scotland in 1945 and finds herself transported back to 1743. Here she falls in love with dashing Highland warrior, Jamie Fraser.

Not only could you get the chance to rub shoulders with Sam Heughan and Caitriona Balfe, Jamie and Claire Fraser, trainees will learn from some of the finest technicians and creatives working in the film and television industry in a real filming environment.

Outlander Season 6 is due to be released next year after production - which is based in studios near Cumbernauld - was hit by the Covid pandemic.

And the show has also been filmed in locations across Scotland including Calderglen Country Park in East Kilbride.

Both hunk Sam Heughan and leading lady Caitriona Balfe were seen at the park along with other cast and crew when they braved artic conditions back in 2018.

Movie Makers trucks were spotted parked in the snow-covered main car park near to Torrance House.

The park's woods doubled for North Carolina in Season 4, where much of the series was based. Jamie and Claire had up roots from Scotland to the States and set up home on Fraser's Ridge.

The end of Season 5 saw Claire abducted but rescued by Jamie after her subvert conventional medical practices backfired.

However, this sees not only Fraser's Ridge but Jamie's family in danger once again.

If lucky enough to get on board, the advert reads "all trainees will attend an induction course at the start of their placement as well as a shadowing scheme where trainees will gain experience from other departments.

You will have a training plan and there will also be regular meetings with supervisors to monitor your trainee development".

It adds that the show is looking for "keen and committed individuals" to fulfil traineeships in areas such as painting, rigging, plastering, carpentry, costume, production and locations.

The deadline for applications is Monday, January 3 and go to the Creative Scotland website for more details.

And did yo u know Lanarkshire Live had its own app? Download yours for free here.